2012 Festival Season in the Short North

Summertime in the Short North means warm-weather Gallery Hops, lazy days in Goodale Park, al fresco dining in our urban neighborhood, fashion finds to keep you cool in more ways than one, and of course, festivals galore!

We have your guide to all of our community events, parades, fanfare and general hoopla that will keep your calendars full during these dog days of summer. 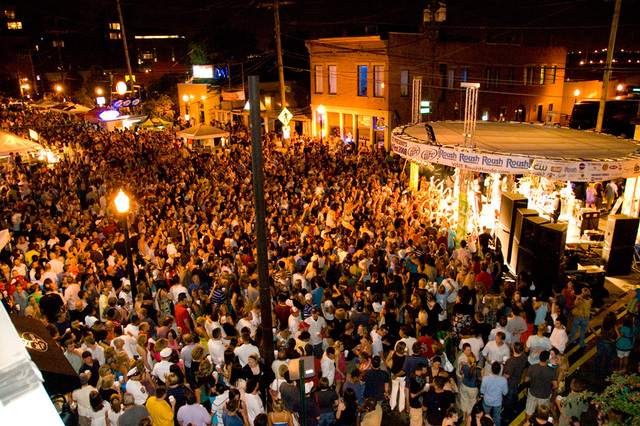 First up, the south side of our neighborhood celebrates Park Street Festival.
When: June 8, 5pm-11pm and June 9, 11am-11pm
Where: Park Street from Goodale St to Vine St

Why you should check it out:  Now in its 6th year, Park Street Festival merges food, entertainment, and family fun into one event. Running from Goodale to Vine, the festival is a joint effort among the bars on Park Street; admission is free. This year’s activities include a bike night, autograph sessions with local athletes, kids fair, live music, and so much more. Also new this year: the festival is teaming up with the Columbus Food Truck Festival to have an all new daytime event featuring local artists, bands, and of course, delicious food trucks. Proceeds from the event benefit the Second and Seven Foundation. Just around the corner the Arts District, Park Street Fest is a great way to kick-off your season. 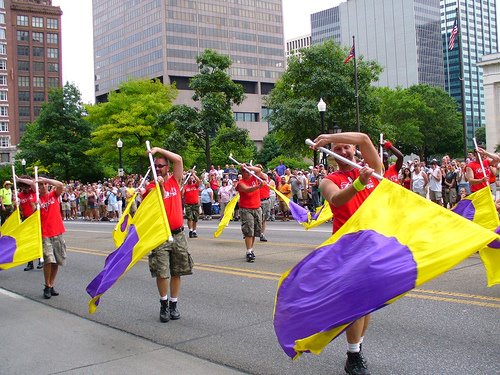 Next up, Columbus Pride Festival & Parade
When: June 15, 3pm-11pm and June 16, 10am-8pm.  Step-off for the Parade is at Noon on June 16.
Where: Festival will be held in Goodale Park. Parade begins on the corner of Broad St and High St, ending at Goodale Park.

Why we love it:  Stonewall Columbus, producers of Columbus Pride and the LGBT community center located here in the Short North Arts Distict, has themed this year’s festival & parade Allies & Equality: a perfect description of our beloved neighborhood! Recognized nationally for an amazing parade, Columbus Pride also hosts a 5k run/walk on Friday, June 15 at 7:00pm, which includes free admission to the festival.  In addition to the race, be sure to head to the stage for all of the incredible entertainment lined up this year including headliners Beverly McClellan on Friday, June 15th, and Kristine W on Saturday the 16th. In addition to the headliners, there are many more comedians, bands, and chorus groups that you don’t want to miss. Show your Columbus Pride and join the fun this June 15th and 16th!

Let’s ride the wave of equality from Columbus Pride and head into Comfest
When: June 22 11:30am-11pm; June 23 11am-10pm; June 24 11am-8pm
Where:  Goodale Park
What’s New: This year marks the 40th Anniversary of Columbus’ official Community Festival and oh what a festival it will be!  In addition to amazing bands, vendors and people watching, Comfest has officially designated a section of Goodale Park as “Peace Village” where a live, exterior sculpture show will take place.  The Sculpture show celebrates the 40th anniversary of the event and exemplifies the purpose of Comfest while incorporating local artists from around the region. Back in the ’70s, Comfest may have started as a small block party, but it has grown into one of Columbus’ most talked about festivals. We invite you to celebrate peace, love, equality and community spirit at one of our favorite neighborhood events!

Join the Disorganizers this July 4th:
Doo Dah Parade
When: Line-up is at Noon on July 4th
Where: Parade begins at the corner of Goodale Park and Park Street at 1:00pm. Click HERE for parade route and details.

You don’t need to tell them who you are to say what you want to say:  The 29th annual Columbus Doo Dah Parade is not your usual Independence Day parade. It is a highly satirical, animated, at times raunchy, but most of all, fun spectacle cooked up right here in the Short North.  Doo Dah celebrates the 4th of July by exercising your first amendment rights.  There is no fuss, no registration, no fee: just show up at Noon and start marching. If you have not been to a Doo Dah Parade, then you have never seen anything like it.  Join us to celebrate liberty and lunacy this summer at a parade unlike any other.

Why we attend:  If you are a foodie, a wine fan, or simply enjoy the relaxed camaraderie of an outdoor festival, this one’s for you.  The Ohio Food & Wine fest will be home to 20 wineries and a handful of music acts on two stages over the course of the weekend. During the festival, inside the North Market, their regularly scheduled programming continues including the farmers market, craft fair, cooking demonstrations and tastings from local chefs.  Friday is the Food & Ohio Wine preview party, tickets are $20,  which includes 10 tasting tickets, a souvenir glass, and a $5 North Market food credit.  There is a $5 entrance fee on the Saturday and Sunday of the event that includes a souvenir glass; during those days tastings range from $1-4.

With all this summer fun, there is no reason why you’d want to be anywhere else but the Short North Arts District. So let’s dance, parade, eat, drink, and celebrate our fabulous community! 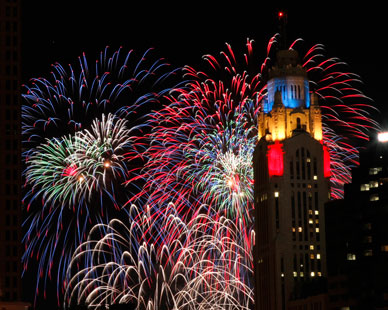 Visit our Events Calendar for more information and be sure to check out these other upcoming festivals and events we enjoy: