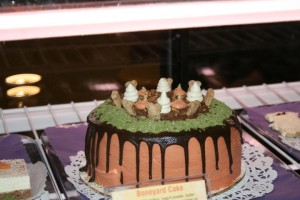 Wafting out of the bakery, the smells of fresh peanut butter cakes, apple cookies, and cheese biscuits are enough to lift anyone’s spirits up and beckon a quick stop. While the goodies at Three Dog Bakery look good enough to eat, they’re definitely not for you; they’re for your furry friends. A full-service bakery and food emporium for dogs, Three Dog Bakery is a haven for caring dog owners across the whole city. Giving back some of the love (and sloppy smooches) she’s been given over the years, local business owner Susan Oilar is happy to announce the 3rd Annual Barkers and Beggars in the Short North Arts District. With handfuls of local businesses participating and handing out treats, just bring your pooch and some walking shoes!

While Barkers and Beggars is only in its third year, Oilar has been putting on events like this for nearly a decade. “I started events like this almost 8 years ago [during] the first year that I opened,” she said. “I started with the Easter Begg Hunt which is the same concept except all of the treats that the dogs collect are in Easter eggs. It was such a success that customers started asking if we would do it for Halloween.” 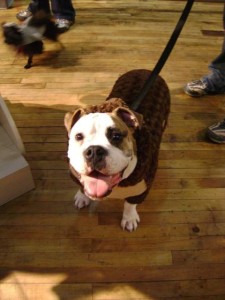 Those customers are getting their wishes granted, with this year’s Barkers taking place on October 24 – the same Saturday as the second night of HighBall.

“I think that having the event on the same day as HighBall is a good thing,” Oilar said. “It adds to the fun and festivities.” While costumes aren’t mandatory, they’re definitely encouraged. If the internet has taught us anything, it’s that everyone enjoys a puppy in a silly hat/jacket/cape/inflatable hot dog.

The event runs from 11:00am to 2:00pm, with enough time to come and explore the District, and then get into your own costume for HighBall Saturday later that night. While you’re out for Barkers and Beggars, stop by Three Dog Bakery after your stroll to pick up some of your little guy’s favorites from the day.