Build a Business in the Short North Arts District

Known as the city’s destination for art, food, and nightlife, it may be as a surprise to many that the Short North Arts District is also one of Columbus’ hubs for innovation in business, design, and relations. A surprise at first that is, considering the District’s stretch of High Street has one of the highest concentrations of galleries in the region. That creativity and drive towards innovation isn’t just limited to galleries and exhibition spaces. Weaving artistic elements into business applications, marketing, web design, and graphics, companies have found a very comfortable home in the Short North Arts District. Small business incubators, media developers, software engineers and more are only adding to the neighborhood’s growing possibilities and innovative potential.

In a nutshell, the way an incubator works is as follows. A local entity (university, municipality, private company, etc.) builds a space that is open to new entrepreneurial talent. The space is equipped with work areas, computers and web capability, access to professionals in the field, and avenues towards financial backing; it’s sort of a nursery, but for businesses. Incubators lease out space in their facilities to project teams, sometimes open-ended but usually with a projected team completion date, and all the materials necessary to be up and running on their own when it comes time to leave.

Similarly, co-working spaces offer the amenities of a larger office to those businesses who are not quite big enough to invest in their own equipment and space. Co-working offices have work spaces, printing and copying equipment, wifi, and a kitchen, with a bigger office feel that can often be lacking when a startup only employs only one or two (or three) people. Co-working offices will rent by the desk or the office, eliminating the need to build an entire office from scratch. Calling the Short North Arts District home, The Perch and Lumos Gallery are both working toward helping new talent find their place in the city’s business scene. 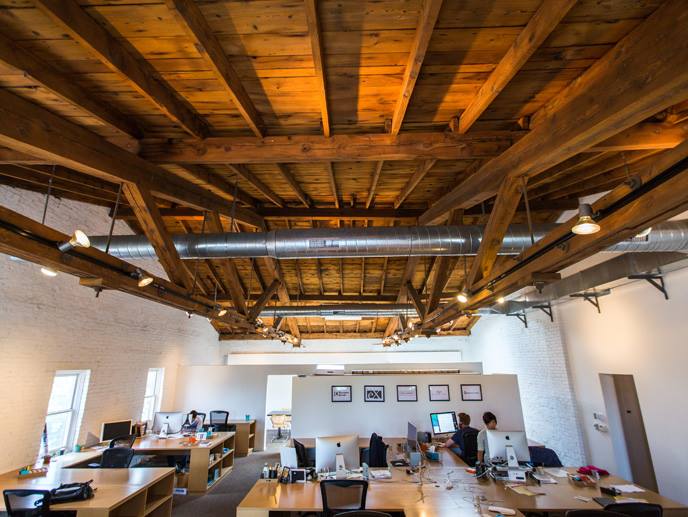 Since opening in June of 2014, The Perch has undoubtedly found itself home in the District. The co-working office owners Nils Root and Bob Rafferty both have a passion for what they do and where they do it. “There’s something special about this area that lends itself to an innovative energy. The Short North is the place where people can live, work, and play, and by putting more professional services people into the area we’re trying to add to that creative culture.”

Rafferty and Root, before opening The Perch both had experience at The Workshop, another Short North Arts District startup space that closed last year. Rather than moving operations downtown, they decided to stay here, relying on the District’s unique energy to keep them in line with talent. With a full occupancy, wait lists for project space, and plans to expand next year, it’s a decision that has definitely paid off. Focusing mainly on digital media projects, eight businesses currently call The Perch home, with more well on the way. 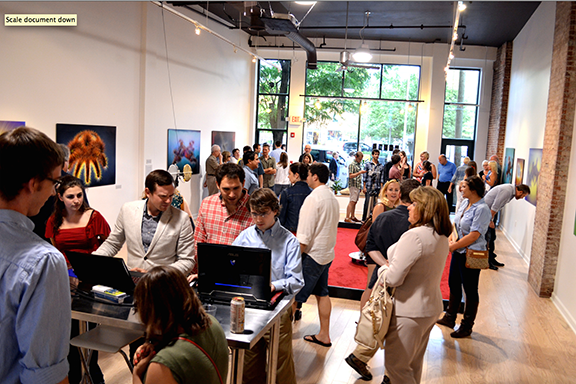 A double act, Lumos Gallery offers two snap-shots for the Short North Arts District – where it’s at and where it’s going. Playing the parts of both incubator and tech-art gallery, Lumos is an amazing personification of the innovate climate of the area. Focusing primarily on the gaming, medical technology, and education technology sectors, Lumos’ success lies in letting their resident startups just go for it, allowing huge breaths of creative freedom to pursue what they are passionate about. Within their gallery space, more of the same innovative spirit shines through. Exhibitions at the gallery tend to be extremely interactive, showcasing the projects of the resident start-ups side-by-side internationally renowned artists.  Trying to engage further with the community, networking sessions are regularly held at the space highlighting on social and civic relationships between business and the community. A new favorite at the Short North Arts District’s monthly Gallery Hops, Lumos Gallery gives a look towards a bright future for the intersection of the arts and business communities in the city.

While every shopper knows what a brand is, the process of branding is a much bigger beast than knowing a jingle or recognizing a logo. Branding is the process of forming a business’ public identity for its customers or clients. Letting the public know what makes them special, what they have to offer and what they have to promise. What direction should a business take? Make a splash going viral or focus closer to home? A handful of businesses in the neighborhood excel at asking hard questions and creating viable solutions. Here is a quick look at what three are doing to stay ahead of the curve. 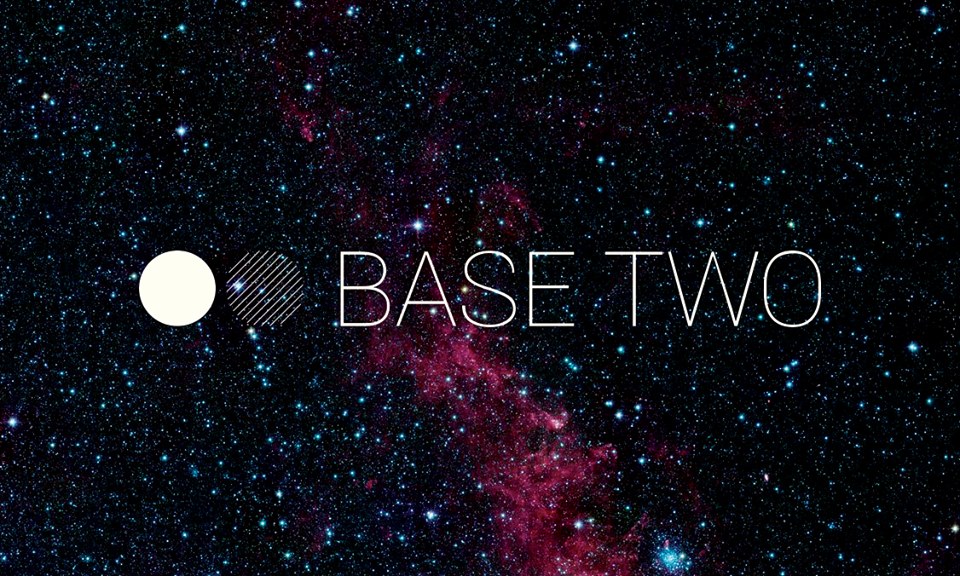 A one-stop shop for all things software a company could ask for, Base Two is a Short North Arts District institution. Made up of five tech aficionados, Base Two’s list of services is pretty impressive. Website development is the starting point, Base Two is also an app developer, mobile content developer, and software engineering specialist. The philosophy of their approach is pretty simple and very user friendly. New ventures conference with the team and discuss the who, what, and why. Base Two then develops the best possible plan for new startups to begin getting their message out there. Admittedly not a group of designers, the Base Two team is more geared towards usability, building interfaces for easier web and mobile accessibility.

“We’re excited about greenfield [a tech term for startup projects],” said John Paull of Base Two. “It’s nice to watch something really take off from the very beginning. It’s important to know what we can do and mean for them too. Startups aren’t playing with play money. They’re not a typical, huge company that doesn’t have to worry about a few thousand dollars. We need to know that every option we give to them is something we can do excellently and that they will see benefits from it.” A partner with TechColumbus, one of the city’s major startup incubators, Base Two has been watching business, big and small, grow for over three years in the Short North Arts District. 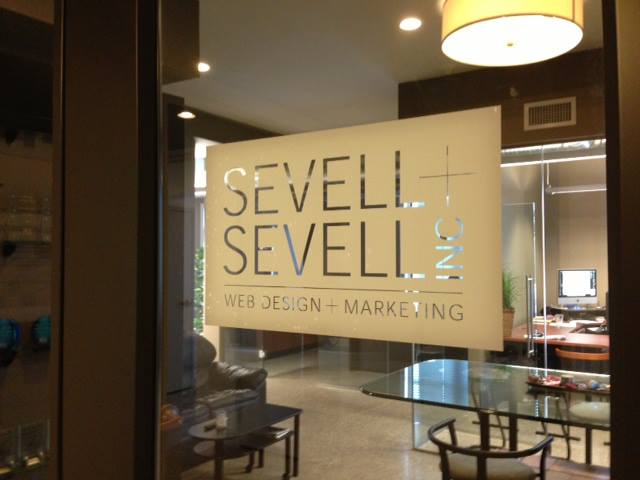 Known from LA to NY, Sevell + Sevell, a web design and marketing firm, has found its niche in branding and developing sites for private practices in the medical field. Having been in the Short North Arts District since 1983, the firm has grown from a small company taking advantage of cheaper rents ($3 per sq ft then!) to a nationally known branding go-to, as well as a pretty strong advocate for the District.

“It’s just a great place with lots happening, [and] that eventually becomes a part of you,” said Sevell of Sevell + Sevell. “Back when we first started, we sensed it was an up and coming place.” Happy in their home in the Short North Arts District and celebrating their best year for business to date, Sevell + Sevell regards the entire area as an incubator of talent. 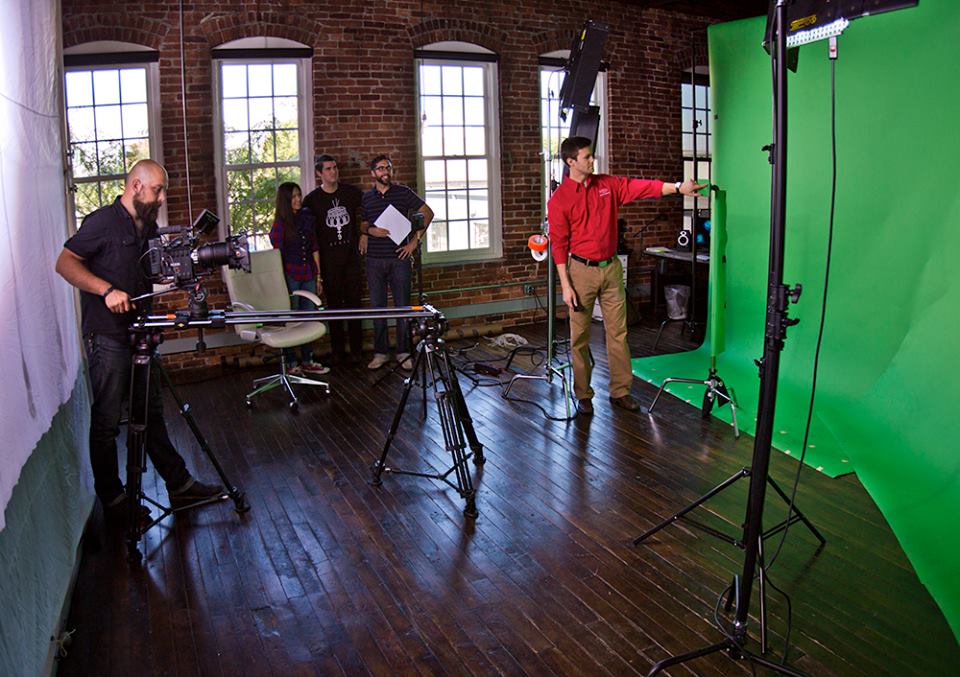 A video production and motion graphics boutique, s77 has expanded pretty far, turning heads across the city, nation, and internationally in Europe and Asia. Specializing in appropriating new technologies in digital media towards art-based projects in advertising, s77’s clients include Express, Canon, Panasonic, and The Muppets. With a sleek, inventive approach to graphics and illustration, s77 has produced music videos, introductions to film and television projects and of course, advertisements for a huge swath of companies, with an unmistakably artful aesthetic.