Jonas Laughlin has two criteria for everything he makes: “It has to be delicious, and it has to be beautiful.” It’s safe to say the first-time store owner is living up to those expectations; on the grand opening day of Laughlin’s eponymously named bakery, which coincided with the Short North Arts District Holiday Hop on December 6, 2014, he sold out of everything before the annual event even began at 4pm.

One month later, Laughlin’s Bakery is a smashing success due in no small measure to its owner’s drive and passion. But baking was not Laughlin’s initial calling. He trained for five years to be a professional opera singer, graduating from the University of North Carolina at Chapel Hill with a BA in Music and completing a Masters program in Opera Performance at the Boston Conservatory. In 2005, a cold took a turn for the worse, partially paralyzing his right vocal chord and effectively ended his singing career.

Laughlin continued to sing for another year against his better judgement. “I’m not a type that just stops,” he said. Though he did eventually have to stop singing in 2006, Laughlin continued studying music and turned to other hobbies to keep himself occupied, including baking. “Baking was similar, in a way, to practicing music,” he said. “You start from a recipe or an idea of what you want to bake and you just work tirelessly on it until you get it to where you want it to be. It felt very familiar because I would hone a skill and it was a creative outlet.” 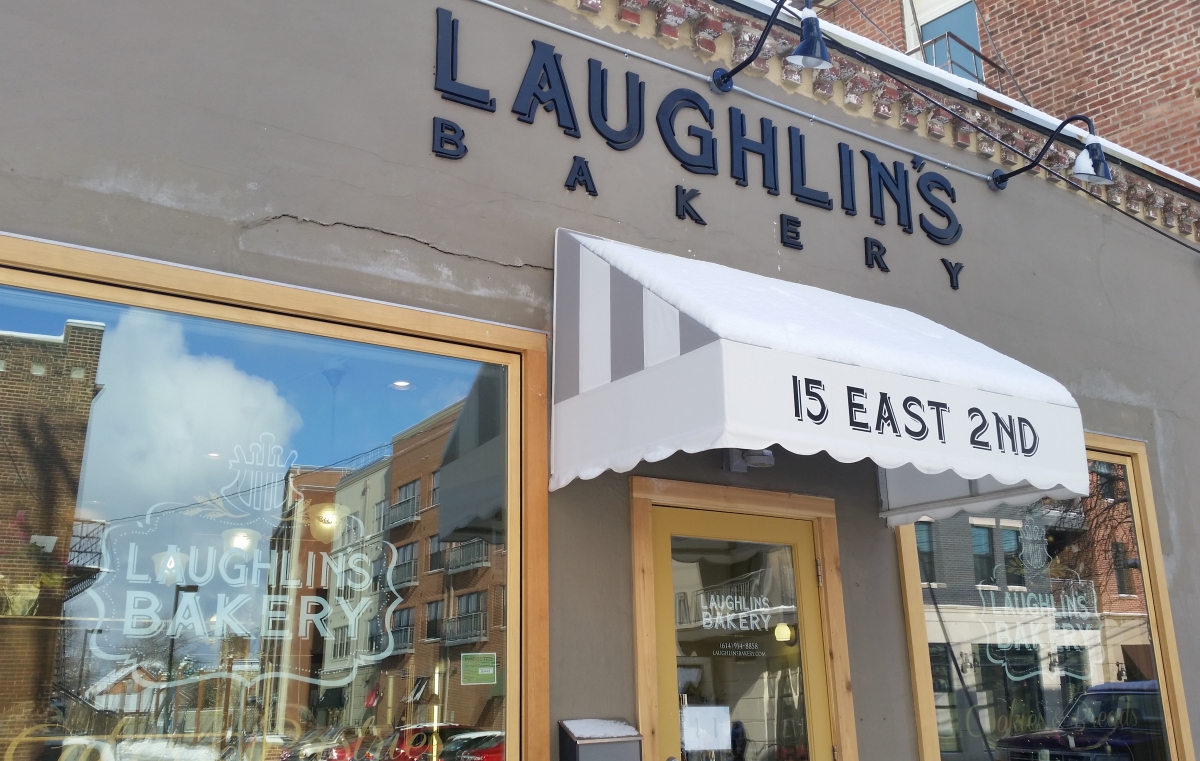 After working as a pianist at the Boston Conservatory, Laughlin moved to Columbus with his ex-partner without knowing what he would do once he settled in. Wanting to find something similar to what he had been doing, he became an accompanist for other singers in OSU’s School of Music. He was recruited into the Doctorate program there as a teaching assistant in 2011, a position he held for three years.

Laughlin continued baking in his home during that time and began selling his wares in 2013 after seven years of “rigorous practice.” He started with pop-up bake sales at community home tours and yard sales, loading long tables full of baked goods that sold out every time. A growing clientele list began to include Short North businesses such as MOUTON and Flora Home & Garden, as well as Debbie Neimeth, owner of Happy Go Lucky Home and one of the bakery’s biggest champions.

After the store’s manager tasted a cake Laughlin had brought to a housewarming party, Laughlin was offered promotional opportunity at the store on the condition that Neimeth could sample one of his chocolate croissants. “If you’re doing to piano audition, that’s like playing a Liszt sonata. Chocolate croissant is a big deal,” Laughlin said. One painstakingly made chocolate croissant later, Happy Go Lucky Home began featuring Laughlin’s baked goods during the monthly Gallery Hop.

When Laughlin decided it was time to open his own storefront, he began a Kickstarter campaign on July 28, 2014, to try to raise the funds necessary to buy equipment, hire a contractor and architect, and lease a space in the Short North Arts District. “It’s the part of Columbus where a small business can actually be a small business,” he said. “There’s a certain demand for quality and craftsmanship in this area that I really like. It’s the perfect place to do what I’m doing.” 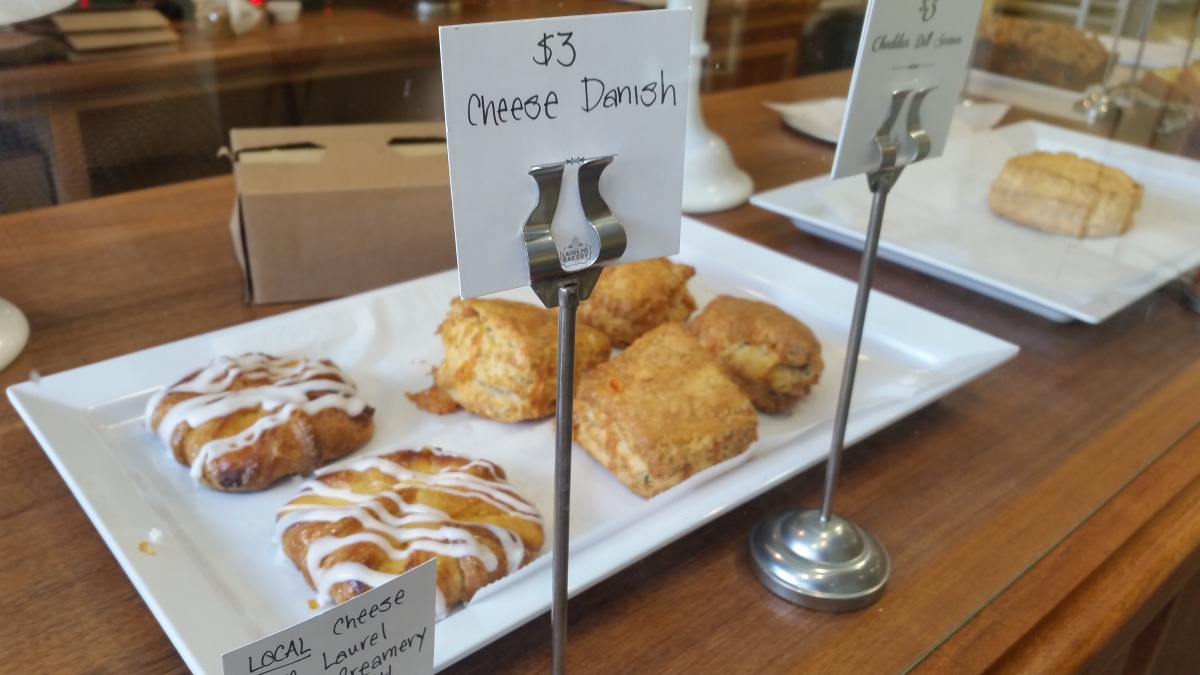 Laughlin’s supporters agreed. The Kickstarter goal of $35,000 was met in just 11 days, on August 11, 2014, well before its August 31 deadline. It was the icing on the cake that the goal was met one day before Laughlin’s birthday on August 12. “I hadn’t planned it that way,” he said. “I had, in fact, planned to spend my birthday on pins and needles waiting to see if it was gonna work. So on the 12th, we were really just thrilled.”

Since opening in December 2014, the bakery menu has consisted mostly of the European pastries and southern-influenced cakes of Laughlin’s childhood. “What’s really stuck with me from the flavors from home were my grandmother’s cakes that she would make on really special occasions. If she made a cake, you knew that it was a big deal,” he said. Similarly, Laughlin plans to offer items that honor the tradition of baking as a celebratory occasion, as well as seasonal items and more savory options such as breads.

The challenges Laughlin faced in opening the bakery weren’t what he expected, such as components outside of his control, but Laughlin has a healthy perspective on the experience. “When you’ve gone through something like losing your voice, even [opening a bakery] doesn’t feel that challenging,” he said. In addition, the support the bakery has received since opening has been “incredible,” he said. “It’s neat to see that [Short North Arts District residents] are proud of this and they want to share it. They really want to introduce their little neighborhood bakery to people that are in from out of town, or friends from other parts of the city. That’s what I wanted it to be.”