Diversity. It is the word that completely and totally encompasses what the Short North is really about. There are shops, restaurants, and specialty stores to fit every personality, and it is what keeps the area unique from any other Columbus community. Synergy Media LTD, a design firm specializing in communications across media located in the Short North, thrives in diversity, and this can be seen in every aspect of the work they do.

Marcus Kon, the owner and founder of Synergy Media, moved to the United States from Croatia and attended school at Michigan State University. While in school, he often came to Columbus, particularly the Short North, to visit friends. Kon was quick to recognize the potential behind opening a business in the area and knew this was the place he wanted to be. He eventually moved down to Columbus in 2002 and three years later, in 2005, he opened Synergy Media LTD. Now, with 6 full-time staff members, 15 individuals working on production, and the manufacturing warehouse right around the corner from the main office, it is safe to say that Kon has found the potential he was looking for. 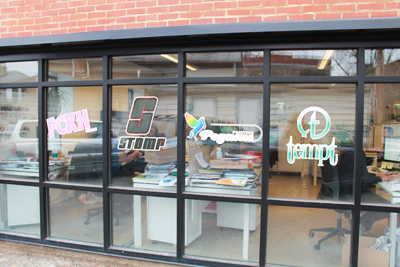 Synergy Media has a long and ever-growing list of businesses it represents. These range from Pegasus Printing, a state-of-the-art print production broker specializing in short runs, the publication, Tempt Magazine; and the wildly popular FCKH8 apparel line which is sold not only across the country but worldwide!

Another venture in the works is the website fiftee.org, which is a fundraising website in which Synergy Media works with a different charity every 30 days and the charity in turns receives 50% of the profit Although they cater to any business with a communication need, Synergy Media particularly focuses on the LGTB community, both in the area and throughout the nation. One of their current projects is developing a gay male dating service called Mantis. Their hope is that the dating service, along with being accessible through the internet, will also be available on smart phones. Synergy Media also dedicates much of their time contributing to the Trevor Project, a national organization providing services to LGBT teens. 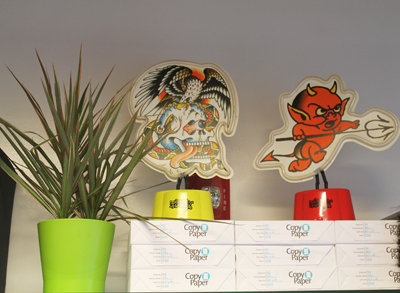 Along with the wide variety of cliental that Synergy Media serves, the most unique aspect of the business is that they are a full-service media company, where they oversee every aspect of the design process. From the early stages of brainstorming, on to the later stages of production, they go to every length to guarantee that they are fulfilling the wishes of the client. Marketing collateral, branding, identity development, interactive multimedia projects, and web design, Synergy does it all. As Kon stated, Synergy is a “one-stop shop.”

After asking Kon what his favorite aspect of this particular line of business was, he said, “I love how dynamic this industry is. We have the ability to tap into all kinds of things, and there is always something new to test out.”

Although many visitors recognize the Short North for the retail stores and restaurants along High Street, there are an incredible amount of businesses that reach far beyond the Columbus community to a national and worldwide level. Synergy Media one such business that exemplifies the range of talent found here in the Arts District.