CBUS circulator a success in the Short North

After hyping up the new COTA circulator and showcasing one of the new buses at the May 2014 Gallery Hop, the CBUS officially launched on May 4. That cold, wet, and rainy Monday was the lowest ridership the route has experienced. Since then, “it just has gone through the roof,” said Sherry Bump, Marketing Director at COTA. 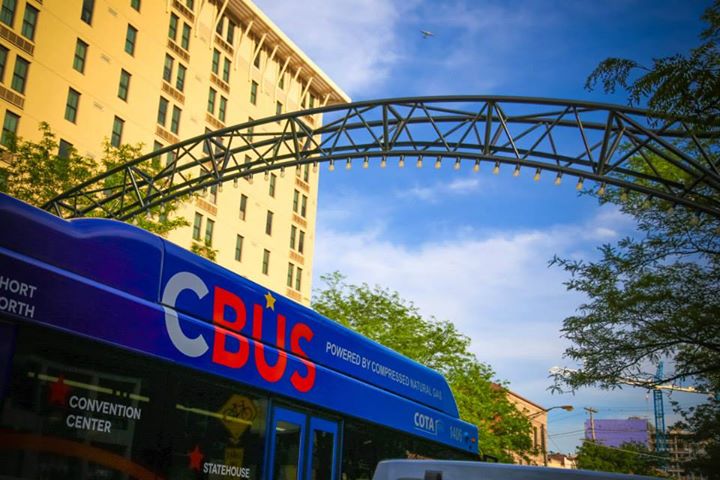 The CBUS, which has a 5.4 mile route between the Short North and German Village and is currently free to ride, is successor to a circulator that ended in 2004. “All of our targets are either residents, employees who work downtown, or they’re visitors to the community,” Bump said. “We saw a need in the community not only for the tourism that we’re trying to build and help contribute to, but also for the people that live and play downtown,” said Kelsie Marty, Online Marketing Manager at COTA.

Bump feels COTA’s approach to marketing the CBUS as meeting an unmet need in the community was an important factor in its success. “We reached out to all the businesses before we launched CBUS and let them know it was coming, let them know as much as we could possibly about it, and we designed promotional materials for businesses to promote it,” she said. “That was really different than anything we had ever done before.” 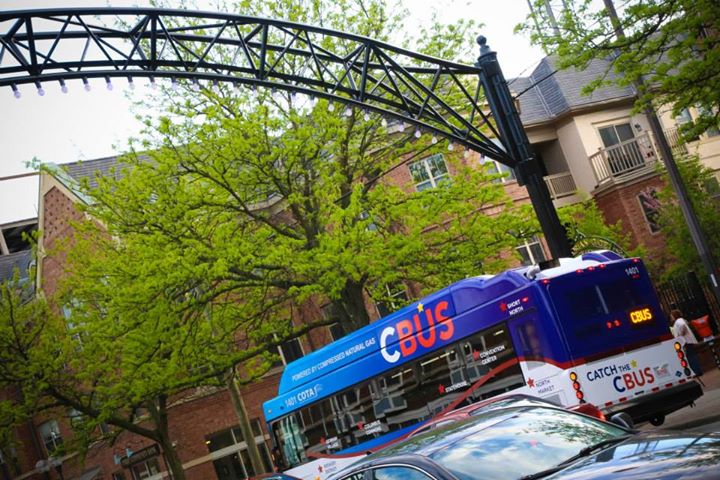 Since launching, the community’s reception of the CBUS has been “phenomenal,” Bump said. “Any time you launch a new product, it generally takes awhile for people to get used to it and use it. We had hoped maybe we would have 10 people per hour [riding the CBUS] during the time all the buses were on service, and now we’re ahead about 26 people per hour.” The highest point of ridership so far was during festival season. “I think there was a couple days we had over 4,000 people on the bus,” Bump said. “It’s still really remarkable we’re able to serve that many people in a limited duration of time,” Marty said.

In addition to being pleased that people are riding the bus, Bump said the response from the business community has been “extraordinary” and has “exceeded anything we had hoped for.” She said the Hilton was eager to provide materials to their guests and the manager of the Hampton Inn helped design a card that fits in the key sleeve guests receive upon checking in. Marty said several business owners have reached out to them to ask how they can help because they feel the CBUS is “an asset for their customers.”

The five CBUS buses run faster than most COTA buses, frequenting one of the 29 stops along the circulator route in 10 minute intervals during the day and 15 minute intervals in the evening. “One of the things that makes transportation accessible is frequency,” Bump said. She feels most people don’t take the bus because they don’t understand the system and are afraid they’ll make a mistake by getting on the wrong bus, but the CBUS has changed their perception.“We have gotten people to ride the CBUS who’ve never ridden a bus in living memory, and that we’re very pleased about,” she said.

Marty and Bump agreed the demographic of the CBUS riders is all over the board during the day and feel ridership is high because it’s reliable. “It’s just a pattern that’s a circle, so it’s not scary,” Marty said. “It’s not something you can get lost on because it’s just going to bring you back to where you started.”

An unexpected but invited effect of the CBUS has been a noticeable increase in use of other COTA buses. Marty feels the rise in ridership among other routes can be attributed to the CBUS being “more approachable,” she said. “We’ve given [riders] an opportunity to get somewhere because it is easy, and it just opens up the door for future ridership.”

Bump said there is potential for the CBUS to eventually add more buses to extend its hours and lengthen its route, but for now, COTA is looking for additional funding to keep the CBUS free.