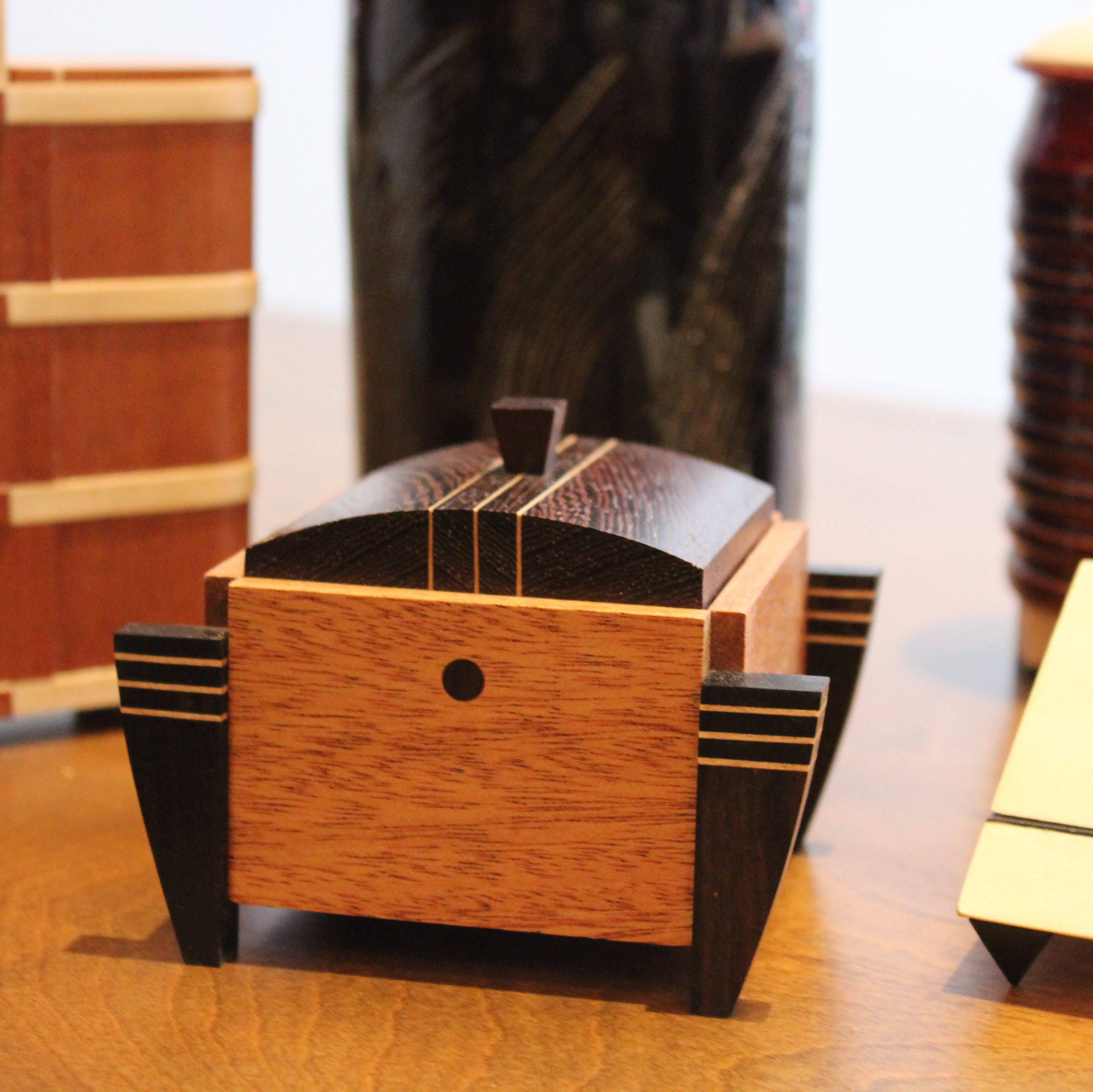 During the April 2018 Gallery Hop, KILN Mercantile will exhibit the work of Columbus artist Don Staufenberg, who creates gorgeous vessels out of ceramic, wood, and a combination of the two that could not blend better with KILN’s classic, earthy aesthetic.

It’s “almost masochistic detail,” KILN Mercantile founder and owner Marc Desrosiers said. “Don has taken his years in design and art and now is creating a body of work all his own that sort of tips his hat to the past, but is entirely modern. With these pieces, no matter what angle you look at, there’s always something new to discover.”

Desrosiers met Staufenberg after the latter’s kids came to KILN and announced that their dad would love the store. That feeling was reciprocated, as Desrosiers knew KILN had to get Staufenberg in the store “as soon as possible.”

“A subset of our brands are truly handmade – small batch, highly crafted products – and [showing Staufenberg’s work] takes all of that to an entirely different level. It gives us the opportunity to show something that’s one-of-a-kind, truly special,” Desrosiers said. “Ceramics have never been more important than they have [been] in a long time; there’s a real hunger for mid-century design. What Don does is wholly unique … architecturally beautiful, truly 100% handmade, and you can feel that when you pick one up and take the lid off. There’s a lot of really beautiful, elegant, fine detail in each piece.” 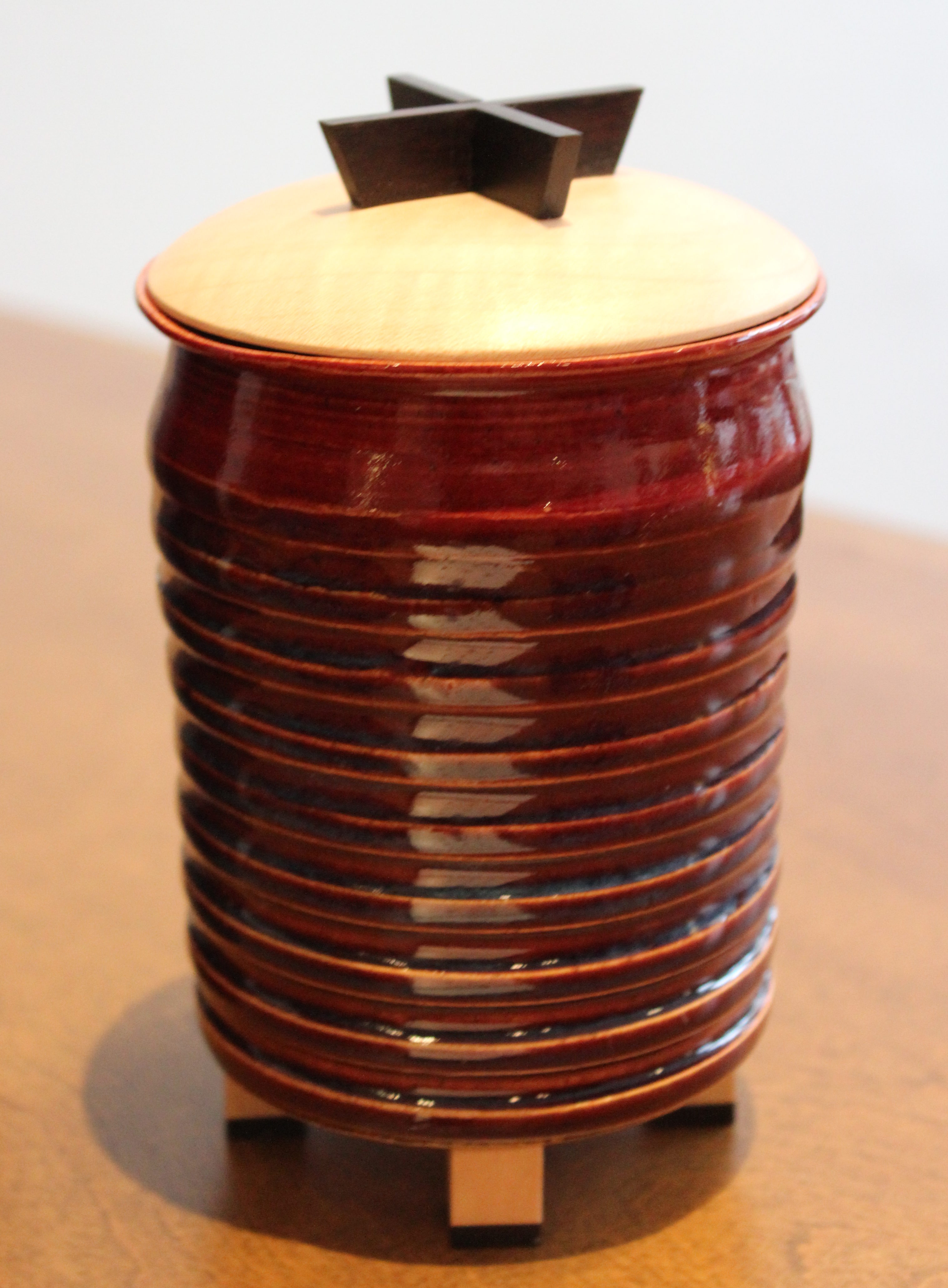 Staufenberg said he particularly enjoys art deco, explaining that he likes the different layers of materials in his works, the different colors, and the way the shadows upon them form. “Positive and negative, things coming out, going in, creating different surfaces,” he said.

Staufenberg developed his craft with wood as a medium while working with furniture at Herman Miller in the 1980s. One look at the gorgeous, masculine vessels he creates proves his mastery – the stripes of lighter browns and dots of black aren’t engravings or paint, but tiny wood insets.

Originally from Long Island, Staufenberg earned his Bachelor of Science degree in Industrial & Product Design at Kent State University and has since worked for several prestigious companies, including Rubbermaid and Procter & Gamble. He has also served as Head of Design for Fitch and as a guest lecturer at The Ohio State University. Currently, he is a design consultant and product designer for various firms. 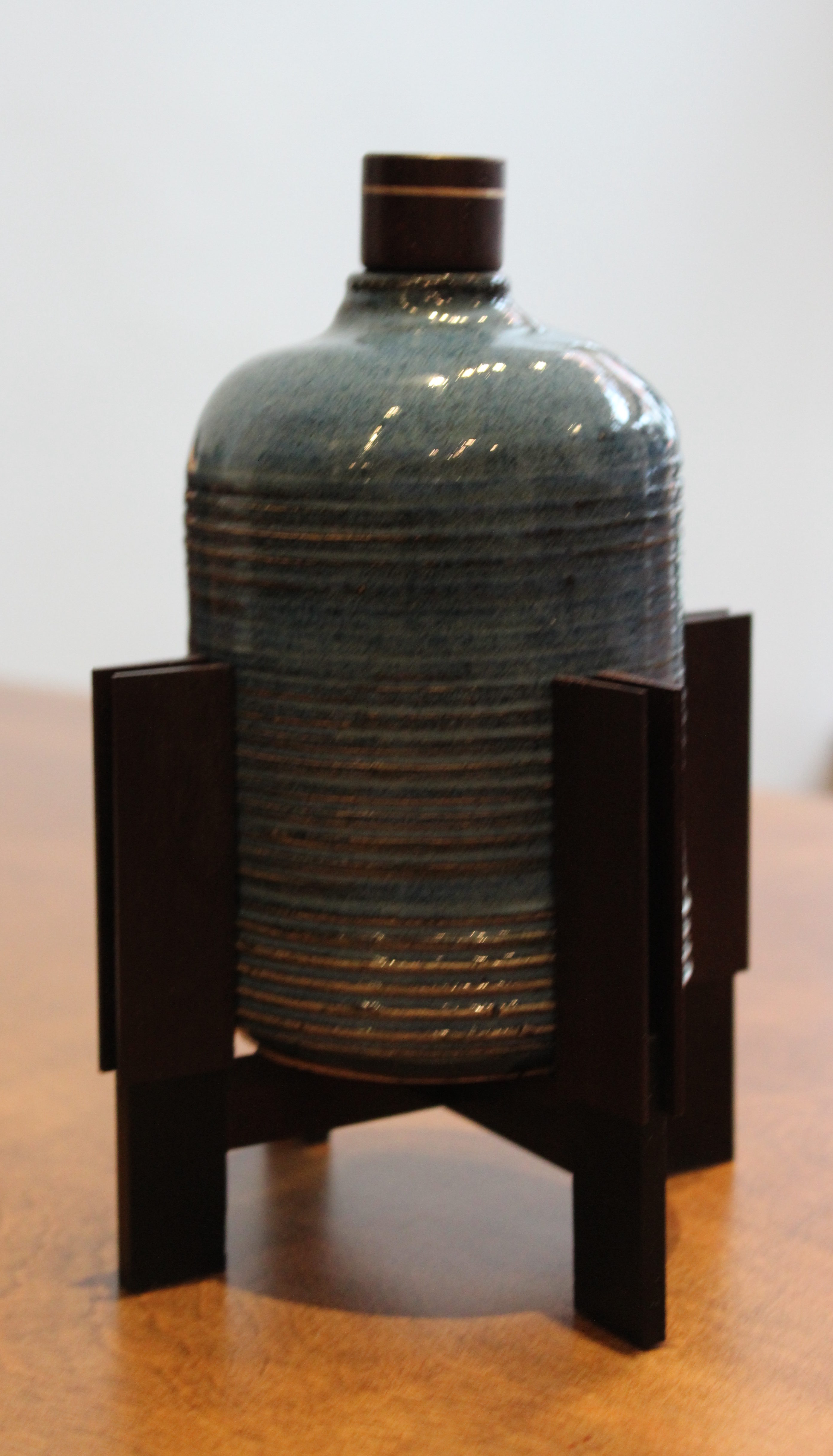 Staufenberg moved to Columbus in 1990 and is thus a long-time visitor of the District. “This place is a destination now. Early on, it was like, ‘whew, I’m not walking down there.’ But now, it’s like, ‘okay, this is where the apartments are, this is where it’s growing.”

He feels the District shares resemblance with one of his well-known hometown sites. “You go to New York, you go down to SoHo, you’re going to see the interesting men’s stores, you’re going to see the galleries, the unique antique shops. You start saying, ‘Wow, I’ve never seen this before.’ [The District] is kind of like the Columbus SoHo. If I want to see the galleries, if I want to see something unique and different, [I’m] gonna come to the Short North.”

The Short North Arts District is also made that much better when a shop like KILN calls it home. KILN carries brands from countries and cultures that pride in quality, like the US, UK, Italy, Northern Europe, and Japan. It also has its own in-house label, BOLD COAST, designed by Desrosiers. BOLD COAST products are manufactured from deadstock fabrics at its factory in Massachusetts, the leaving a light carbon footprint by using as many pre-made materials as possible.

“The galleries drive people’s curiosity,” Desrosiers said. “They bring new ideas into downtown Columbus. Being a hub of creative thought and new ideas, I think, moves the city forward. I think [the District] is where people experience Columbus in its most holistic form, where you see the best of the city. Gallery Hop is such an important monthly event for the city. The District’s dedication to the arts and maintaining the gallery presence here is important. The arts are an amazing singular throughway through everything that happens.” 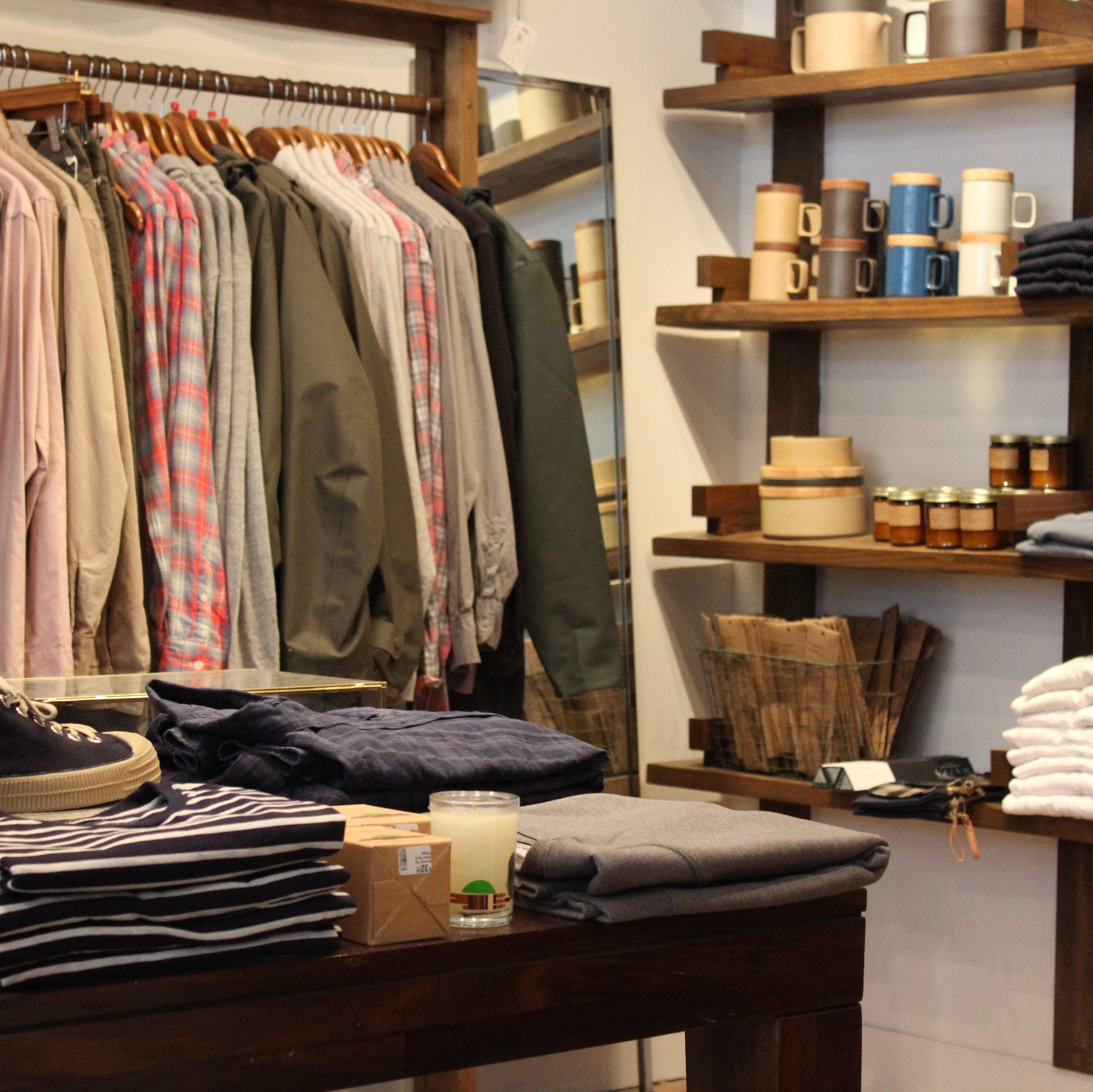 “I also love seeing how new things sort of pop up and I’d throw ourselves into that category [of businesses which are] really trying to stretch the boundaries of what their business is, and try to showcase local talent in the best way that we can – whether its us doing exhibitions, or guys like Pursuit putting on concert series,” Desrosiers said.

“We’re a clothing store, when you boil it right down to it. But we want to be so much more than that. And the Short North, because of its creative clientele, allows us to do that.”

Visitors can stop by KILN to meet and chat with Staufenberg in person over DJ’d music and a glass of wine during the April 2018 Gallery Hop on Saturday, April 7 to see these and many, many more incredible ceramic and wood pieces in person.