The Short North Arts District was honored with an “EXPY” Award at Experience Columbus’ 2012 Annual Meeting. Experience Columbus, the city’s convention & visitors bureau, presented the award before an audience of nearly 1,000 in the Battelle Grand Ballroom at the Greater Columbus Convention Center.

The honor spotlighted the Art District’s long-established and highly acclaimed Gallery Hop and the up-and-coming HighBall Halloween: Masquerade on High. Both events have not only served as marketing tools for the Short North, but have also helped shape the image and draw of Greater Columbus.

The EXPY Awards program (now in its 10th year) recognizes outstanding contributions by businesses, organizations and individuals whose creativity and innovation have created a vibrant and distinctive Columbus experience for visitors and residents and have propelled Columbus into the national spotlight.

Known as Columbus’ Art & Soul, the culturally rich Short North Arts District with its restaurants, shops, boutiques, galleries and pubs is a phenomenal draw for leisure visitors and convention attendees alike. Gallery Hop now in its 27th year*, is every first Saturday of the month and brings thousands of visitors to the galleries and shops of the Short North. On a typical hop, more than 40 galleries and venues spotlight the best of established and emerging, Ohio-based, nationally and internationally acclaimed artists.

In just four short years, HighBall has become one of the most talked about and highly anticipated events in the Midwest. The key to its success has been its focus on celebrating the art of design. The signature of HighBall is a dramatic runway stage built on the street under the iconic Short North arches. It’s a cross between Carnival and Mardi Gras with a pinch of Halloween and health splash of Short North spirit. 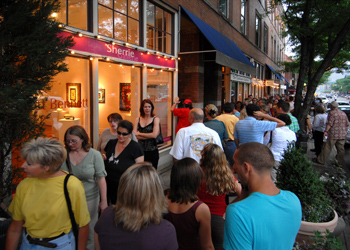 This year marks the 28th anniversary of Gallery Hop. In October 1984, pm gallery and ARTreach Gallery spearheaded an initiative to synchronize their gallery openings on the first Saturday of the month to increase the number of attendees in the fledgling neighborhood known then as the “Near Northside.” The initiative increased attendance from 30 to 300; the gallery owners were on to something. It wasn’t until August of 1985 that the name “Gallery Hop” was born and attendance went from 300 to 3,000. As Gallery Hop continued to grow, the gallery owners inspired other District businesses to feature art in their spaces. Restaurants, hair salons, offices, retail locations, all began to adopt all-things-art. In addition to indoor exhibits, the streets became a canvas for performance art.

Gallery Hop has grown from a neighborhood gathering to a nationally recognized phenomenon consistently attracting over 100,000 visitors every month. Gallery Hop continues to be the calling card for the Short North. Since its inception, the monthly event has generated more media attention and visitor draw than any other district initiative. That media attention was especially vibrant during the 25th anniversary of Gallery Hop. Links to sample celebratory articles are included below: 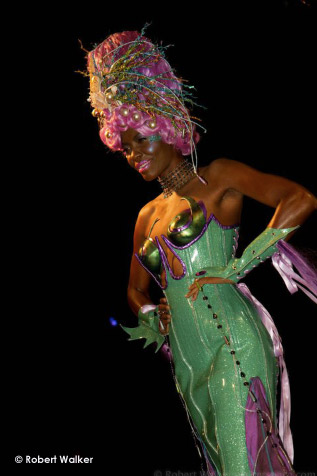 The EXPY Award also honored Highball Halloween. This annual event is a cross between Carnival and Mardi Gras with a pinch of Halloween and a splash of Short North spirit. In just four short years, the event that focuses on fashion and the art of masquerade has become one of the signature events for the city of Columbus.

This year, HighBall lands on Saturday, October 27. It is expected to draw almost 20,000 attendees. Under the iconic arches of the Short North on High Street, an 80-foot runway stage showcases Columbus’ creative geniuses: fashion designers, costumers, make-up and hair artists, performing artists, and the list goes on.

Immediately following the pulsating performance, Columbus media was buzzing about the experience: 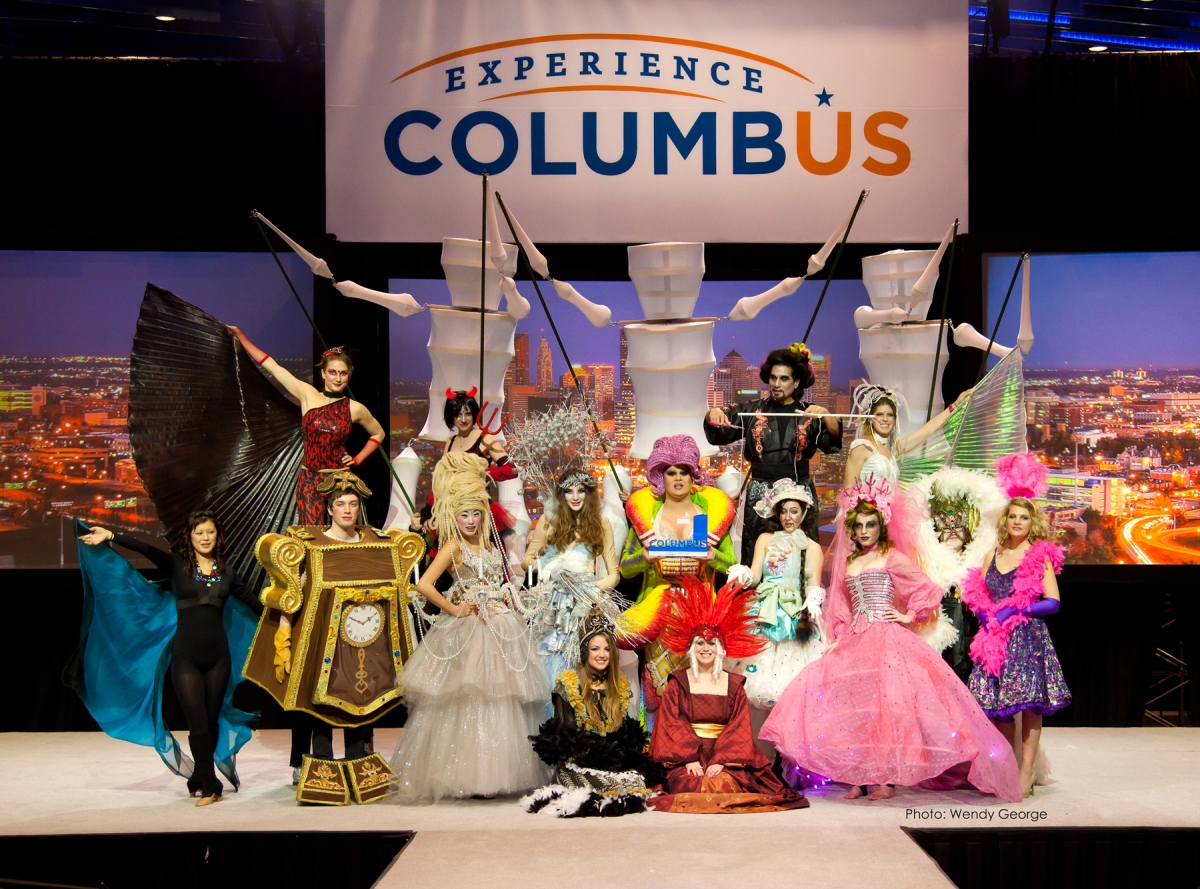 Both Gallery Hop and Highball Halloween continue to grow and evolve as the Short North Arts District welcomes hundreds of thousands of new and recurring visitors yearly. The District has become an unmistakable benchmark of the great city of Columbus.  As Mayor Coleman says, “the Short North gives Columbus its swagger.”

Like us on Facebook to keep up with the latest happenings during each and every Gallery
Hop.