Nick Davis is not your typical art gallery owner. The CEO of Executive Innovation, a management consulting firm, Nick and the firm’s co-founder and CTO, Garrett Davis, and the gallery’s Executive Director and Curator, Kayla Malone, developed the concept for Lumos Gallery to fill the gap in Columbus’ technology art scene.

“Technology art has been around for years, but just recently, a lot of places are starting to embrace it,” Kayla said. “The Brooklyn Museum had a competition for GIFs, and it’s getting pretty popular. The Guggenheim is having light-art shows, and it’s just really exciting. We’re the only place in Columbus that offers that.”

By starting a consulting business that would service corporate clients with innovation management and strategy performance, Nick said Executive Innovation is unique in the market because it helps clients partner with startups. This allowed the firm to help corporate innovation teams and the startup world to share ideas.

Because most of that creativity is usually developed behind the scenes “in some high-powered lab or at some university,” the Davises saw an opportunity to share the creative process with the public. “It’s always been a shame that we don’t have the ability to showcase that work or let the public interact with it in any way,” he said. “Innovation is something where getting instant feedback is helpful for startups, as well as the corporate clients themselves.”

Then, Nick had a light bulb moment. “[We thought] ‘Holy cow! What if we put ourselves down in the main art district and focused a gallery around tech art, so the innovation work we’re doing and the work around startups can be showcased, and we can invite tech-oriented artists in to showcase their work as well?’” he said. “We felt like it would give us a really great niche." 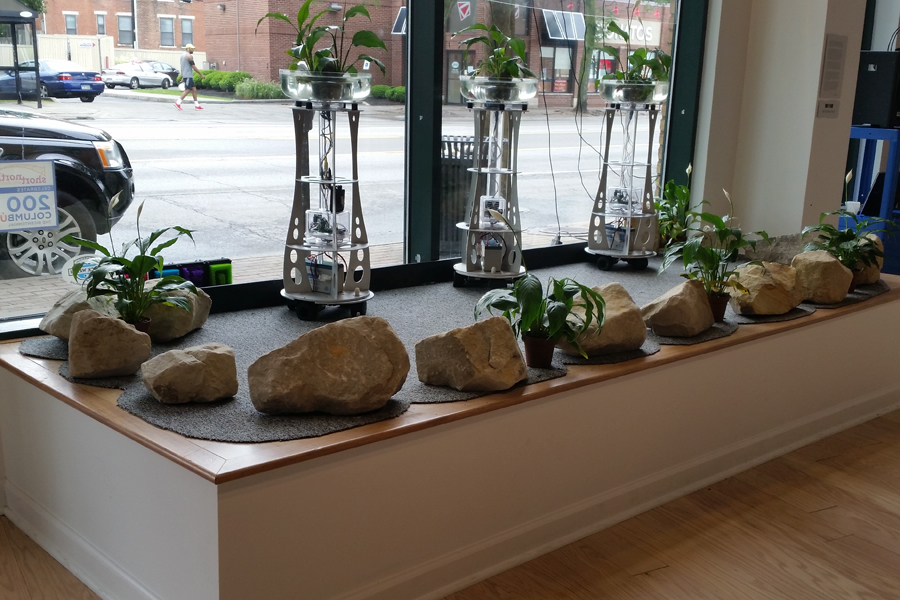 With a business model built around feedback, Nick said they knew they would need to be somewhere with a high volume of foot traffic. “[The Short North] made a lot of sense for us,” he said. “It’s the cool place. It’s a place where people come to be social, it’s where the business community comes to network, to have dinner, to interact with the arts.” The gallery team met with other gallery owners and explained their idea before opening, of which the owners “Were extremely supportive and excited about it,” Nick said. “It’s a very tight-knit community, so there’s this collaborative feel that people just congregate down here. This is where you go. We wanted to be in the heart of that conversation.”

From the beginning, the gallery team knew they wanted Lumos to have an engaging and interactive experience. “We will certainly have pieces that are typical prints, but you will also see an ability with tech art to be able to really engage people actively… You can give feedback, you can touch it, you can feel it. It creates an entire experience that they wouldn’t otherwise get,” Nick said.

Nick feels Lumos is capitalizing on the “geeky-cool” tech movement. “We’ve got Doctor Who and Star Trek and Star Wars, and everyone is coming around this idea that ‘I can love science and engineering, but I can also be an artist as well,’” he said. “We hope to bring all that together, and I think we’ve seen a lot of success from it so far.”

So far, the community has been exceptionally receptive of the gallery. “Obviously, opening night’s got a certain amount of notoriety around it,” Nick said. “But I think what really surprised me was the lead up, especially from the people who were the industry ‘experts’ of this particular field."

Nick said the excitement about both the art and tech sides of Lumos has been empowering and has helped them move forward. From an art standpoint, Kayla said being in the Short North “fills a gap in the art that’s available here.” The faculty and students at local universities such as CCAD and OSU, which offer classes such as innovation, art and technology, and animation have been especially enthusiastic. “We’ve been in touch with all of them and they’re all really excited,” she said. “They finally have a place in Columbus where they can showcase their work.”

The first artist exhibiting at Lumos is the internationally-renown Kenneth Rinaldo, an installation artist, theorist, and OSU Department of Art professor and director of the Art and Technology program. “He shows internationally typically, but never here in Columbus,” Nick said. Though Lumos hopes to attract other established artists, Kayla said they will also feature the art of students of all ages.

Another current showcase at Lumos is Recovery Rapids, which recently won the engineering award at OSU. “It’s a video game, but it’s also a medical device for people that have had some type of debilitating disease,” Garrett said. “It actually retrains your brain.” Recovery Rapids, which was developed by senior OSU faculty, was chosen because it’s a startup that is both artistic in nature and “socially good,” Nick said. “It serves a community function in the healthcare field, which we’re really excited about. It’s still fun, people can come and play it, but at the end of the day, it’s philanthropic in nature, [and] it’s still art at its core," he said.

The gallery’s next exhibition will showcase “clouds” that house speakers and flash lightning to the beat of music, created by New York-based artist Richard Clarkson. 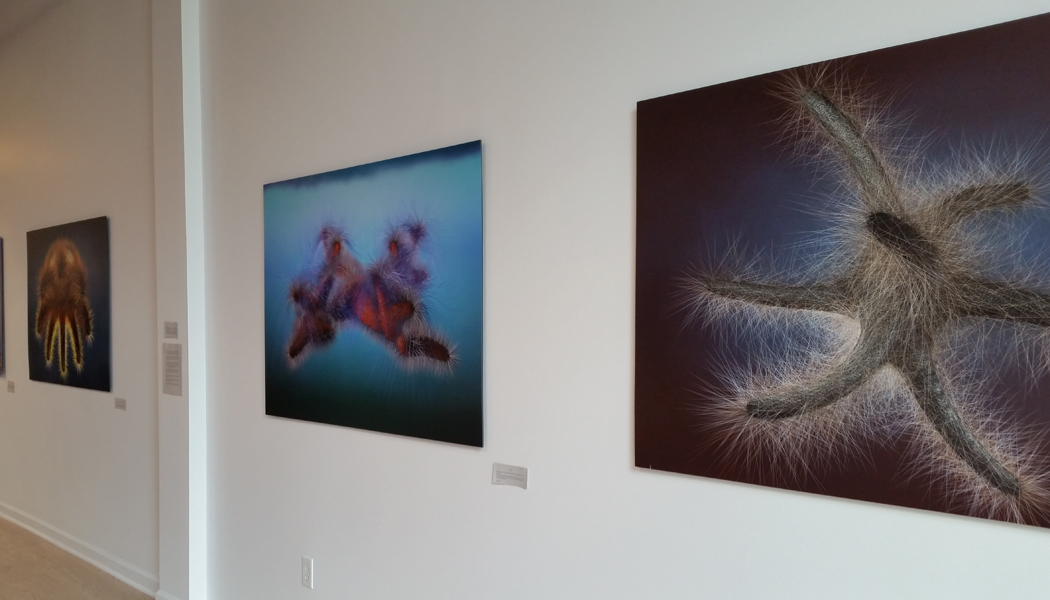 In the future, Kayla hopes to host several artists concurrently. “The show I’m most excited about curating is a 3D show,” Kayla said. After realizing many Columbus residents own 3-D printers, the gallery team had the idea to have a show in which people can bring in their 3-D creations.

Another idea the gallery team has is to host evening networking dinners in collaboration with universities and Tech Columbus to “get some great conversation going around tech and entrepreneurship” between people in the community. “I think it’s those connections that we build that really create the nexus that we’re hoping to be.” They’ve found that getting people together who typically don’t interact is helpful because it’s a “collision of ideas,” Nick said. “We’re hoping to always be collaborative and not too protective of everything.”

As a CEO, Nick’s hope is “always to help our business models play off of each other, so it makes a lot of sense for us from that standpoint, to make them very collaborative,” he said. “The key is really getting people in the right room together. That’s always innovation. Two disparate ideas coming together that are seemingly disconnected, connected.”