Parking in the Short North Arts District is quickly becoming easier (and more artful). This week the neighborhood officially welcomes a big new garage into the District, ready to greet visitors with art and a convenient place to park. 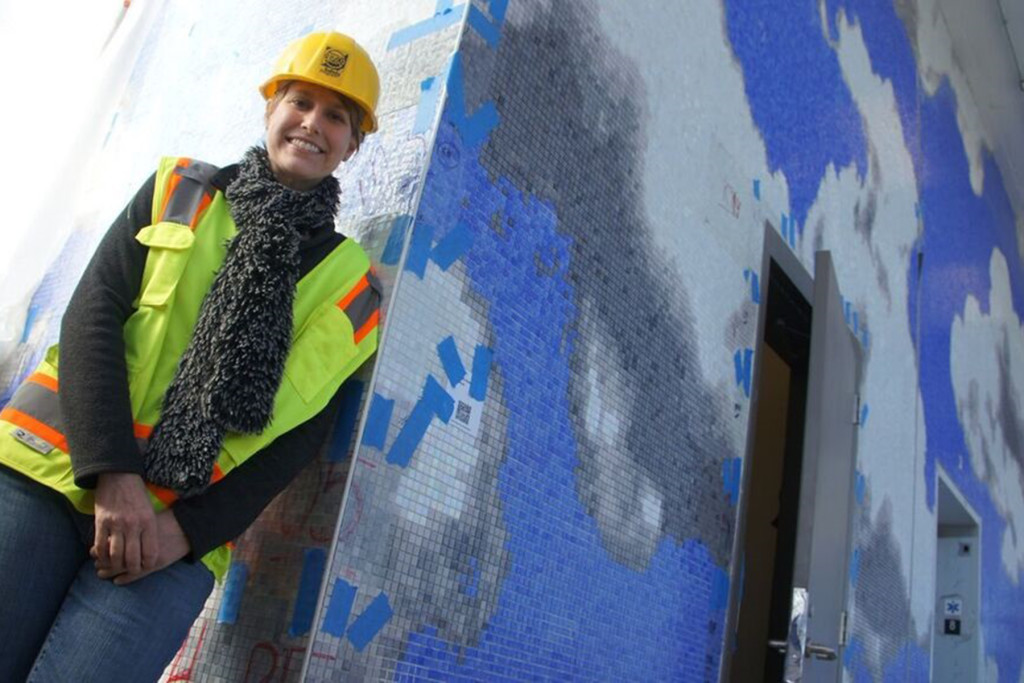 Being at the center of the 2-million-plus Columbus metro region, the Short North Arts District is one of the most densely populated neighborhoods in most of Ohio. Crucial to business, tourism, and creativity in Columbus, accessibility here is important, an issue the City of Columbus and the Franklin County Convention Facilities Authority was excited to tackle.

Opening just last month, the Goodale Street Garage, alongside sister garages on Vine Street and in the south Convention Center, is changing not just the skyline of the neighborhood, but also how visitors and residents can connect with it. Acting as both garage and art gallery, the former is completed easily enough. With its eight stories, 800 new parking spaces (and overall increase of 700 spaces) are now available right next to the Convention Center, giving visitors additional resources, especially during large city events that take place at the Convention Center. The real magic though happens with the second part. After completing a call for artists through the Greater Columbus Arts Council, the FCCFA selected eight local artists to turn what could have been strictly a utilitarian space into a creative one. 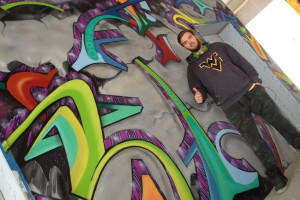 The Goodale Street Garage is a bouquet of color, texture, and light. After the selection process was complete, chosen artists took signature works and translated them to the medium of ceramics, with painters, sculptors, graffiti artists, and installation artists all being represented. Then, the ceramicists and the architectural team behind the project got together to outstanding murals. Covering the vertical spaces inside the garage are large-scale art installations capturing the different scenes, emotions, and aesthetics making up the city around us.

Jim and Mike Reese, who worked alongside the FCCFA, happily admit that when it came to tasks associated with this new project, they got very lucky. “It’s just really great to go to work and this is what your job is. The (FCCFA board) really started this whole process by saying ‘We want to showcase Columbus as an art city’ and they never faltered from that position. The amazing talent we got to see working with our artists during the installation period, it was really incredible.” 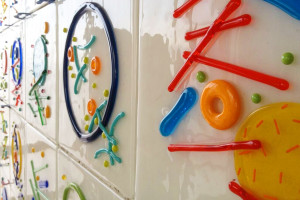 Breaking the garage into aesthetic sections instead of color-coded floors, the art pieces alongside the walls try and speak to a level of accessibility as well. “Each artist was given their own floor play with as they saw fit. And not only can you just enjoy the pieces as you’re navigating the space, each piece will have a bar code scanner that you can use your smartphone for, to get a breakdown of the artist, about who they are, where they’re from, where their pieces are. This garage is the first thing many people are going to experience of the city after leaving the airport, especially for travelers coming here specifically for a convention. We believed that it should speak about who we are, what we think our town should be like.” 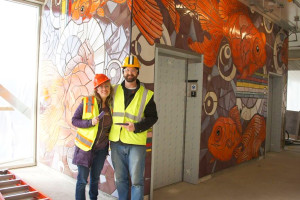 Pairing form and function perfectly, the many hands that came together to create these new spaces definitely did just that. From increasing access to one of the fastest growing areas in the region, to making a statement about the neighborhood’s creative identity, these new garages may offer an insight into what Columbus is going to look like in the future. Streamlined design, cutting edge technology, and filled with wonderful art that undeniably make us, us.