Another year of HighBall Halloween and another year of Columbus’ most creative minds on display during the Costume Couture Fashion Showdown and the General Public Costume Contest.

Unfortunately, we can’t go back in time. So, if you missed it you’re kind of out of luck (don’t let it happen again next year), but what we can do is give you a quick recap of the best of the best. Enjoy! 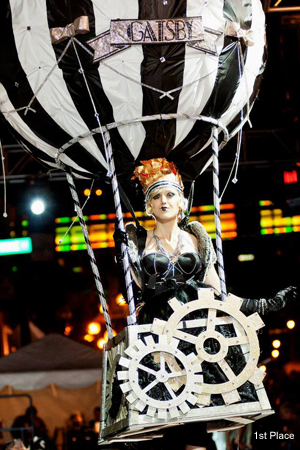 This year, Annie Weihrauch, owner of Rock & Royal clothing line, was inspired by the theme of Hollywood glam and wanted to put her own spin on it. Mixing a little steam punk with the Great Gatsby and the Roaring Twenties, Annie created a stellar costume collection. 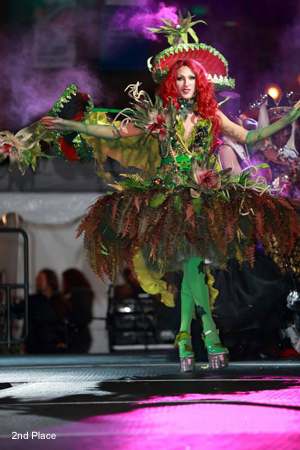 For his third year at HighBall, self taught designer Aaron James, who has a penchant for glamour, lots of bling, and a 70s/80s flair, decided to mix things up.

James wanted to have an eccentric, apocalyptic themed costume collection fused with Poison Ivy from Batman. 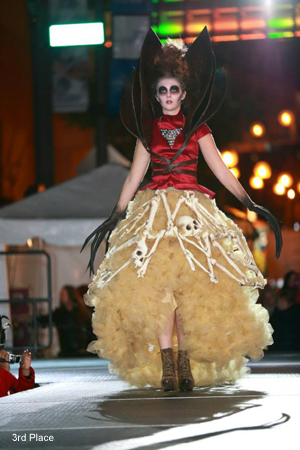 This team brought a little bit of everything to the table for their costume collection this year at HighBall Halloween.

The major theme for their costume collection was the Bubonic Plague. Taking some of the history from Day of the Dead, their designs featured ragged layers and dark prints, while attempting to beautify death. 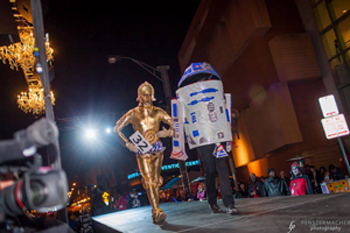 Que and Alex took their costumes to a galaxy far, far, away for their third time attending HighBall Halloween! 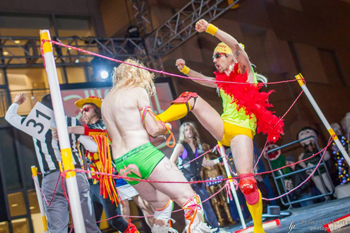 Brady Risner and his gang of bare-knuckle brawlers traveled south from Cleveland this year to try and take the title of best costume. Coming up just short, we hope to have them back next year, BROTHER! 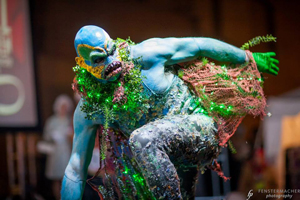 Andrew Robinson went all out for his fifth time in attendance at HighBall Halloween. A wonderful use of makeup and lighting produced an excellent costume.