Creativity competes for a cash prize at the HighBall Halloween Captain Morgan Public Costume Contests on Friday and Saturday nights. On Friday, dress for the decade for HB: On The Rocks as we celebrate Totally ’90s music and style icons. The best public costume contest in the nation will again grace the stage on Saturday night as HighBallers show off their most creative HighBall Halloween looks to highlight the fabulous fashion of the Battelle Costume Couture Fashion Show. Enter your own handiwork or cheer on your favorites. For two nights in Columbus, creativity rules the night.

As a bonus, visit HighBall Halloween’s preferred costume partner, Goodwill Columbus, to create your ’90s and High-Fashion looks for this year’s event. Purchase any halloween item from any Goodwill store in Franklin County through October 27 and receive a ticket voucher for half-price admission to HighBall Halloween.

On Friday, October 26 during HB: On The Rocks, the Captain Morgan Public Costume Contest will take place at 10:00PM on the Schweppes Main Stage. Here are the categories for Friday night: 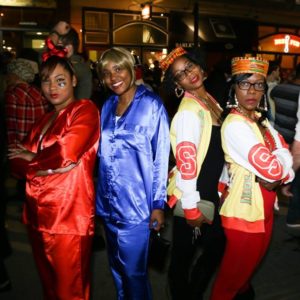 From Spice Girls to N*SYNC, Nirvana to TLC, pay tribute to the artists who dominated the airwaves in the ’90s for a chance to win HighBall Halloween’s Most Rockin’ Group Costume.

DUDE OF THE DECADE

Ricky Martin. Busta Rhymes. Will Smith. Usher. Celebrate the decade’s greatest male artists to compete for the title of Dude of the Decade.

Friends. Boy Meets World. Fresh Prince. Family Matters. Bring us your best interpretation of the TV characters that have made us laugh, cry, and cringe to vie for Most Tubular TV Icon.

Get nostalgic and show us your best 90s looks to compete to be All That And a Bag of Chips. Think lava lamps, Furbies, Beanie Babies, Lisa Frank, and more. 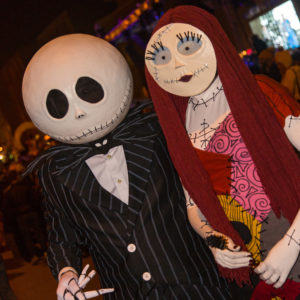 THERE’S SOMETHING ABOUT THE ’90S

From Clueless to Titanic, Pulp Fiction to Jurassic Park, show us your most 90s movie looks to compete for the Most Fly Film Star.

Courtney and Kurt. Mulder and Skully. Garth and Wayne. Dress up as your favorite famous pair to win Best Dynamic Duo.

Looking like revenge this Halloween season? Show us your wicked or your creepy and make the judges scream in your most terrifying looks to take home the bragging rights of Scariest Costume.

On Saturday, October 27 during HB: High Fashion, the Captain Morgan Public Costume Contest will take place at 11:00PM on the Schweppe’s Main Stage. Here are the categories for Saturday night:

From magnificent mermaids to resplendent royalty, show us your most creative Halloween High Fashion look to compete for Best Halloween Fashion. 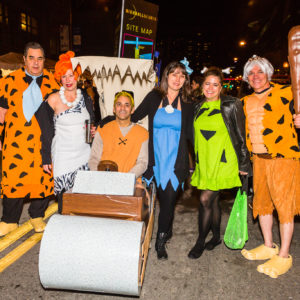 Grab your friends, family, or co-workers and dress to impress for Best Group Costume.

Transform yourself into your favorite fictional character from Hogwarts, Gotham or Westeros to vie for Best Cosplay.

NOT SO STILL LIFE

From DaVinci to Andy Warhol, bring your favorite painting or sculpture to life for a chance to win Best Art Adaptation Costume in the Arts District.

Is that really a costume? What are you supposed to be? Compete for this year’s Most Humorous/Unexpected Costume. 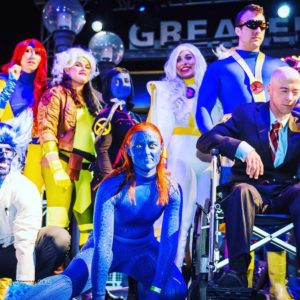 Let the comic strip battle begin this Halloween and dress up as your favorite villain or superhero to compete for Best Comic Costume.

From the monsters that haunted our screens years ago to the sinister characters of today, we want to see you pull out all the stops to vie for the title of Best Movie Monster Costume.

Whether you were a PBS or Nickelodeon kid, let’s bring out the childhood TV nostalgia this year and compete for Best Childhood TV Character Costume.

A WOLF IN SHEEP’S CLOTHING

Tired of two legs, tiny canines, and useless night vision? Drop your humanity at the gates and wow the crowd with your best in winged, furry or slithering splendor to compete for the Best Animal Costume.

HIGHBALLER’S CHOICE Presented by Out of the Closet Thrift Stores

Out of the Closet Thrift Stores sends the second-place contestant from each category on Saturday to the audience to choose the 2018 HighBaller’s Choice winner.