Set in the very heart of Ohio, the Short North Arts District is home to some of the most inspiring, exciting, and well loved celebrations in all of the Midwest. Calling Columbus’ hub for the arts home, the following festivals have been making summer unforgettable for years. This year, visit the Short North Arts District to be part of some truly remarkable experiences. 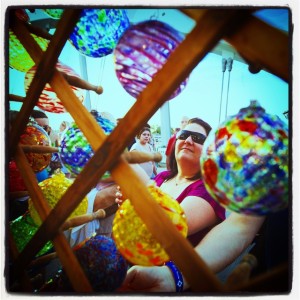 The 2015 Columbus Arts Festival will be held along Columbus’ beautiful downtown Riverfront on June 12, 13 & 14. The Riverfront will again be transformed into a stunning outdoor art gallery as the nation’s top artists display their work and attract art enthusiasts from all over the country. In addition to hosting more than 300 nationally acclaimed artists, the 2015 Festival will feature fantastic gourmet fare from some of the city’s finest restaurants, live concerts, dance and theater performances, film screenings, hands-on art activities and more—there will truly be something for everyone! 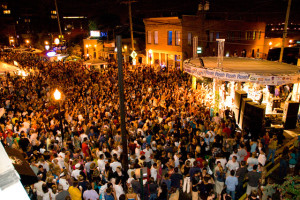 Kicking off the summer festival season once again in 2015, the Park Street Festival has grown in size and scale since it began 8 years ago and today it is the premier summer kick-off party in Columbus. Each year we do our best to make this 2 day event something special. It’s our way of saying “Thank You” to our city and community that supports us. Live music, street vendors, and Columbus’ best food trucks line the watering holes on Park Street for 2 awesome nights in the summer heat. 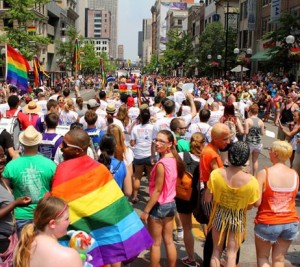 Bested only by our neighbors in Chicago, Columbus Pride is the second largest pride festival in the Midwest. Now one of the city’s great summer traditions, for one day 2 1/2 miles of High Street are transformed into a celebration of difference, acceptance, and of course, pride.

Stonewall Columbus is excited to announce that Jim Obergefell will lead the 2015 Columbus Pride Parade as Grand Marshal on June 20, 2015.

Jim and his late husband, John Arthur, are at the forefront of the fight for national marriage equality. As a married couple, it was their struggle to get Jim’s name as a ‘surviving spouse’ on John’s death certificate that catapulted marriage equality straight to the Supreme Court. Opening arguments to Obergefell v. Hodges began April 28, 2015.

The theme for this year’s Pride celebration is “Be the Change”. “I cannot think of any other person who better exemplifies this timely message more than Jim Obergefell,” said Karla Rothan, Executive Director of Stonewall Columbus.

Stonewall Columbus will also be honoring members of our local LGBTQ community who have made a difference in the lives of others by being the change they would like to see in the world.

Aside from the parade, Pride celebrations include the 5K and biking events, fashion shows, drag shows, music performances, film viewings, and lecture series.

For information about volunteer opportunities with Columbus Pride, look here. 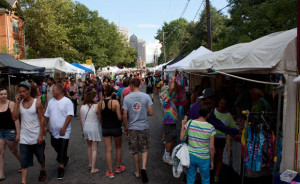 Beyond being the nation’s largest independent, volunteer-run festival, Community Festival, known as ComFest, is an engine of change. It consciously and unabashedly provides a voice for progressive politics as well as a showcase for independent business people. It offers a smorgasbord of local music. It creates a space where you can be yourself regardless of what others think. It presents a landscape of possibility – of what can be.

Here you’ll find a classroom for political alternatives, a laboratory for social experimentation, a midway for cultural ideas, a meadow for your mind, an amusement park for your eyes, ears and taste buds.

From the outset, ComFest has had a political core. It grew out of a union of community organizations focused on basic needs – medical care, media, healthy food, decent housing, and information resources. A set of unifying principles guides and drives ComFest. We share with others our efforts, our fears, our successes, our failures, our flaws, and our dreams as part of our commitment to, and struggle for, a more just and peaceful world.

For information about volunteer opportunities with ComFest, look here. 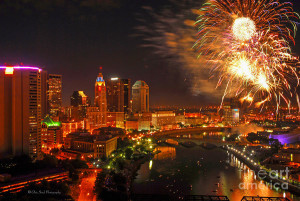 Red, White & BOOM! is the largest Independence Day celebration in the Midwest. More than 500,000 people gather downtown to fill buildings, parking lots and streets within the event’s 3 1/2 square mile radius. In addition to viewing the fireworks from downtown locations, Ohioans flock to the glades of Goodale Park or the patios along High Street in the Short North Arts District to sit back and enjoy the show. 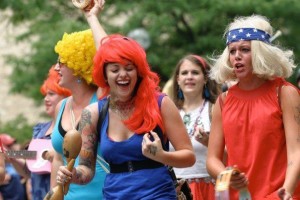 Celebrate liberty, lunacy and the freedom of speech through humor, with an off the wall range of mischiefs, grounded super heroes, political debacles, homegrown satirists, and other bohemian frolickers winding through the Short North Arts District. Political satire at its worst!

A rendition of the national anthem kicks off the parade at 1:00pm at the corner of Goodale and Park Streets. Watch or march in the craziest parade in history – no entry fee, no registration, and no limits.

For information about volunteer opportunities with The Doo Dah Parade, look here. 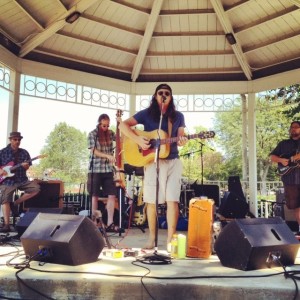 The Goodale Park Music Series is a collection of six free concerts at Goodale Park’s Gazebo by the lake. The series is an effort to invigorate support for Columbus-based musicians and artists, promote community, and celebrate Goodale Park all summer long. Apart from the musical talent, concerts are accompanied with food trucks, artists and craft-makers, and activities for kids, making the series a great way to experience the Short North Arts District for the whole family. 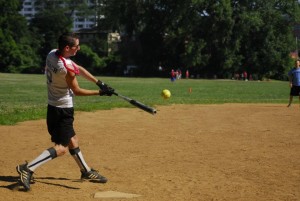 In 2010, members of the Columbus Lesbian and Gay Softball Association (CLGSA) and allies in the community came together to host the largest, annual gay sporting event in the world, the Gay Softball World Series (GSWS). Although we were confident in our ability to provide a good experience, no one imagined how successful the events would be and the impact it would have on the individuals involved and the City of Columbus.

One hundred and forty-six teams came from 37 cities across the United States and Canada to participate in nine days of events, which included the North American Gay Amateur Athletic Alliance (NAGAAA) Summer Meeting, opening ceremonies, a five-day multi-division tournament, community events, and the closing ceremonies.

Various music events, parties, and victory celebrations will be held throughout the city during the duration of the event, with the closing block party at the 700 and 800 blocks of High Street in the Short North Arts District on Saturday, August 22.

Columbus as a whole is thrilled to be back hosting the 2015 GSWS, and look forward to an even better event this year.

For information about volunteer opportunities with GSWS, look here. 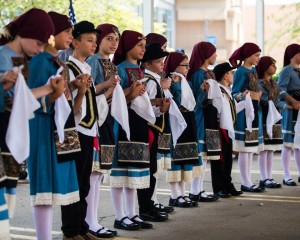 From its humble beginnings in the early 1970s as a simple dinner dance to the current four-day celebration of Greek culture, the Greek Festival has truly become a Central Ohio Labor Day weekend tradition.

It is a true labor of love of the parishioners of the Annunciation Cathedral who sacrifice a great deal of their time and energy to make the festival a memorable experience for the 40,000 or so guests that we anticipate to host.

The festival is a showcase for cuisine, goods, the arts, and performance. Tyropita and baklava carts are rowed alongside vendors with traditional Greek home-wares and jewelry, with the sounds of Hellenic singers bouncing off the brick courtyard of one of the city’s most iconic buildings. Dances go on into the night, with Columbus’ skyline a modern backdrop to this popular celebration of traditional culture. 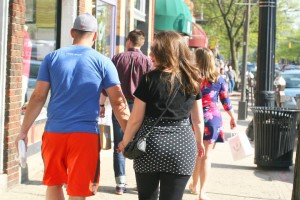 Proudly enjoying it’s 30th anniversary this year, the Short North Arts District’s monthly Gallery Hop is one of the city’s best kept traditions. A celebration of local creativity and culture, Gallery Hop is the monthly coming out party for many of the District’s nearly 20 art galleries, and many more creative spaces. Accompanied by street performance, sidewalk vendors, and the myriad dining and entertainment opportunities within the District, Gallery Hop is an experience that should always mark the start of your month.