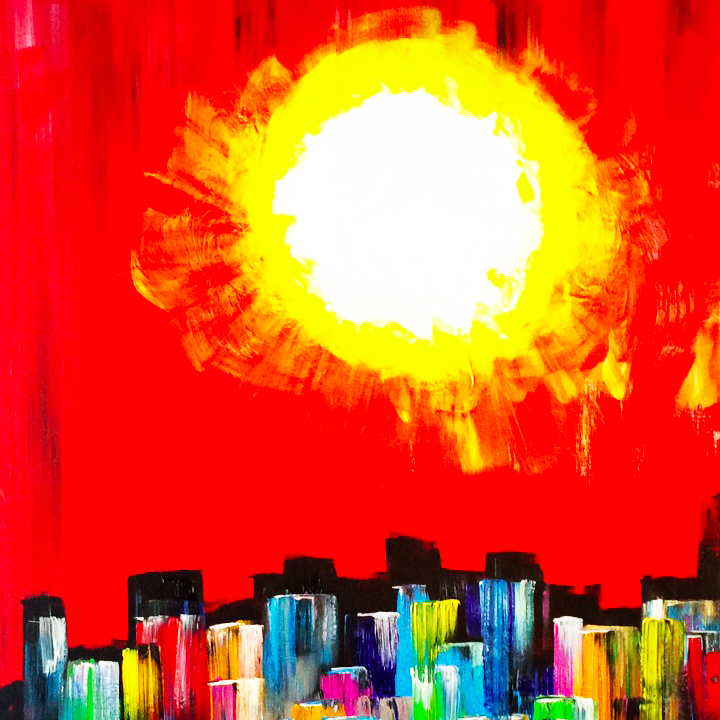 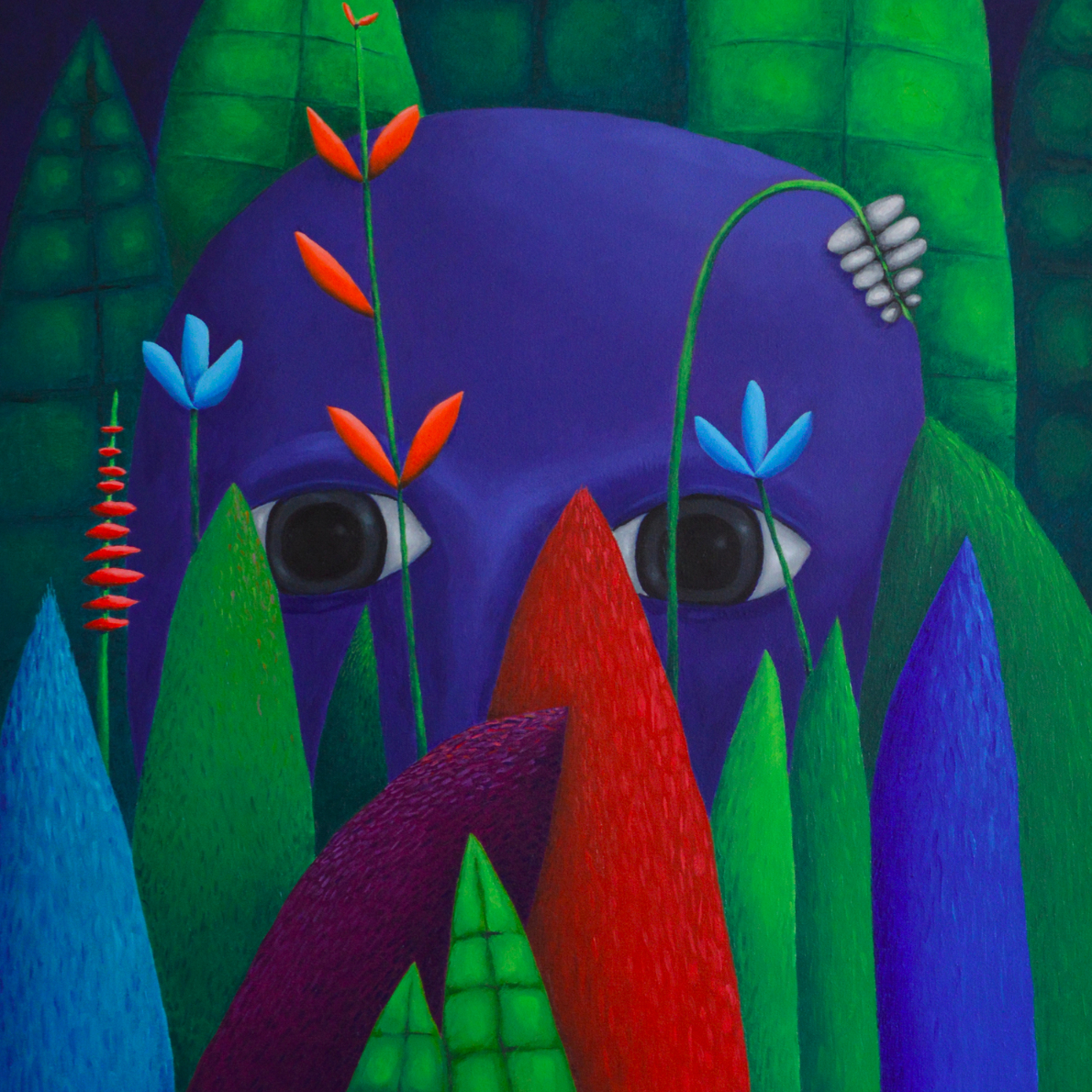 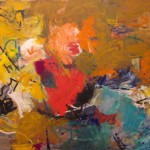 Brandt-Roberts Galleries
Brandt-Roberts Galleries will present the mid-century works of Ohio artist Glenn Rothman. Works by Glenn Rothman (1930-2007) have been featured in over fifty solo exhibitions, including the Viridian Gallery in New York City and the Janus Avivson Gallery in London, UK. While later in his career he was recognized for video and digital works, Rothman previously pursued abstract and figurative painting during the ’50s and ’60s. With an emphasis on expressive brushwork and harmonious blocks of color, Glenn Rothman’s mid-century body of work is a stunning representation of modernism. 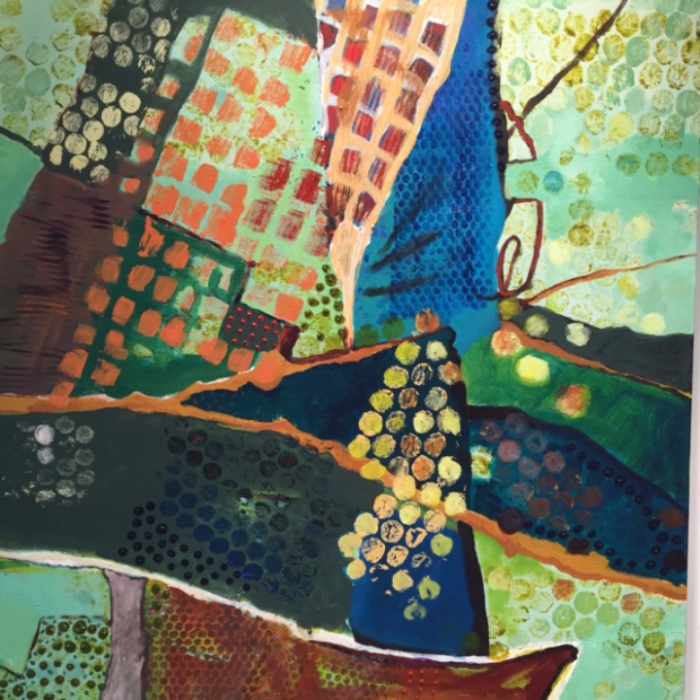 Hilton Columbus Downtown in partnership with Muse Gallery
This month’s group exhibit at the Hilton features artists Daric Gill, David Cooke, Susan Dotson, Dominic Damien, and Scott Surovjak. The monthly exhibit is open to the public on the Lobby Level of the Hilton facing High Street. 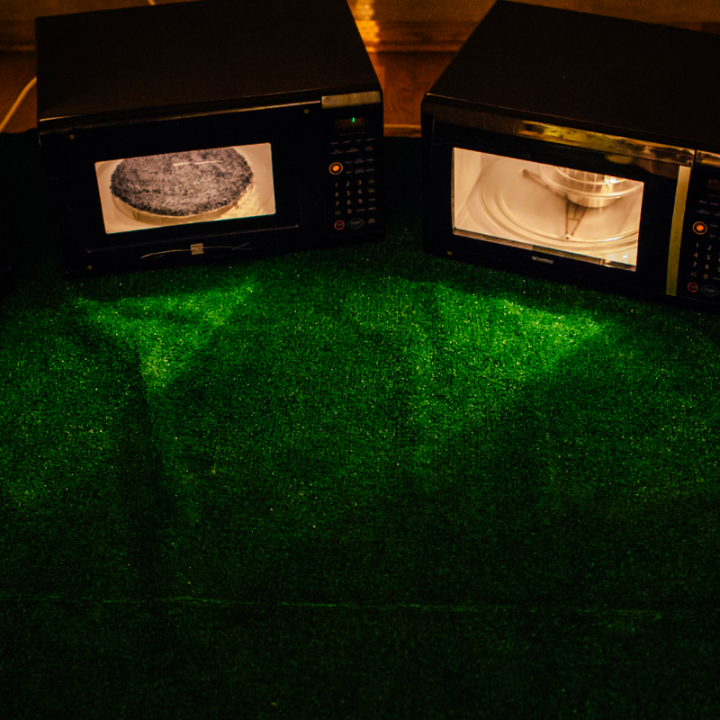 ROY G BIV Gallery
ROY G BIV Gallery is featuring Kristin Richards and Jennifer Hansen Gard for the month of April. The exhibition will run from April 4-25. An artists’ talk will be on Saturday, April 25 at 2:30pm. Richards’ installations allow domestic objects to transcend their function. Gard will use her ceramic vessels in a continued meal-sharing performance throughout April. 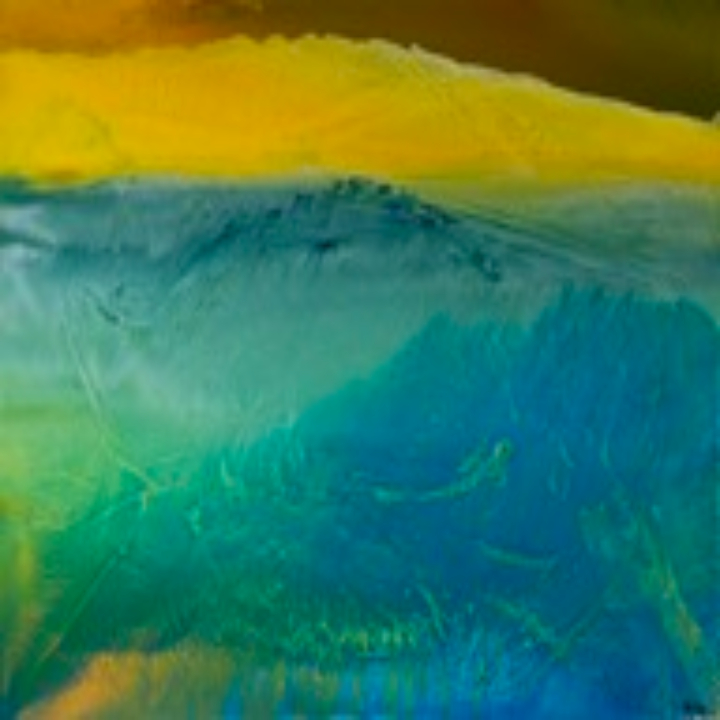 Marcia Evans Gallery
For the month of April, Marcia Evans Gallery will be featuring Annette Poitau. The exhibit will run from April 3 through May 31. The solo show encompasses a new body of work that continues in the non-figurative oil abstracts that are grounded in dynamic primordial natural forms which call to mind the rich colors and textures of the earth. 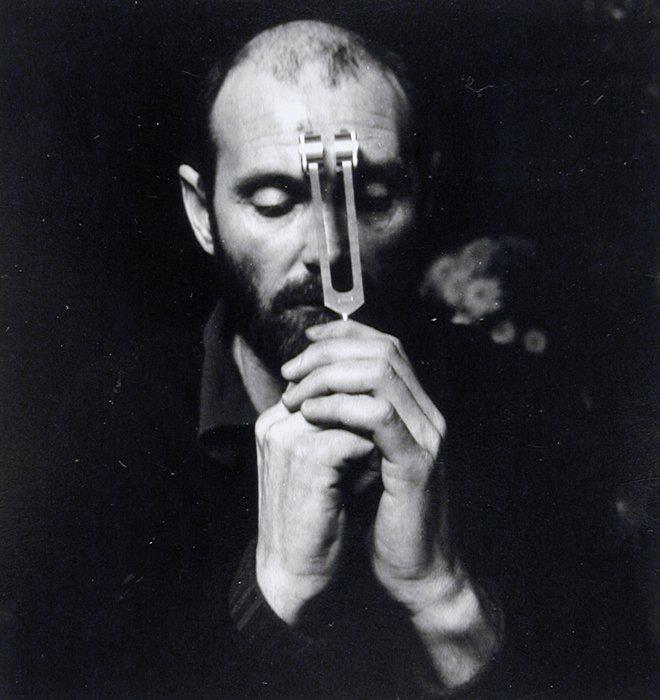 Sean Christopher Gallery Ohio
Sean Christopher Gallery Ohio will be featuring Maria K. DiFranco: Noiseless Growth for the month of April. The exhibit included a live performance and art making during the April 4 Gallery Hop reception. The installation will continue through April 25. DiFranco is an MFA teaching assistant at The Ohio State University. She received her BFA at the Rhode Island School of Design, Also known for her drawings and prints, the artist’s work was selected and sponsored by ROY G BIV Gallery for the Short North Arts District’s 2014-15 Temporary Mural Competition. 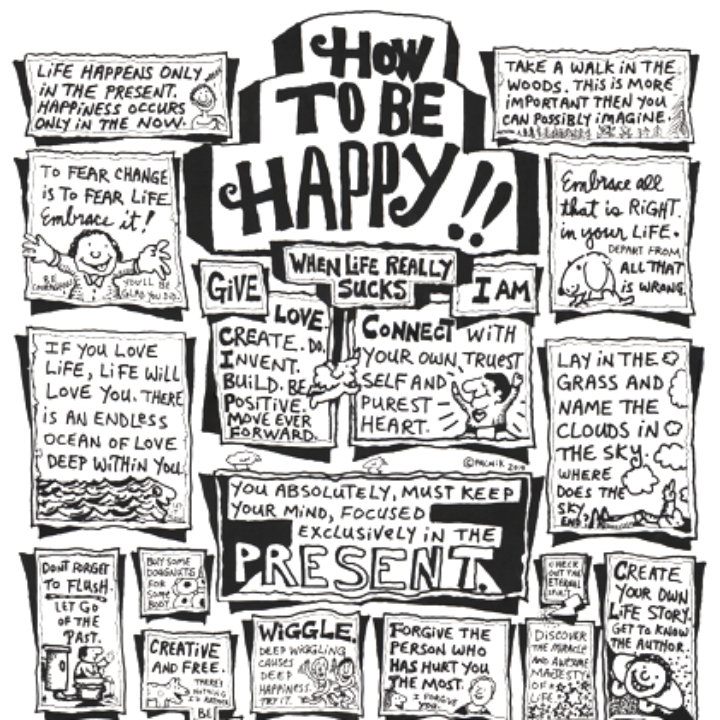 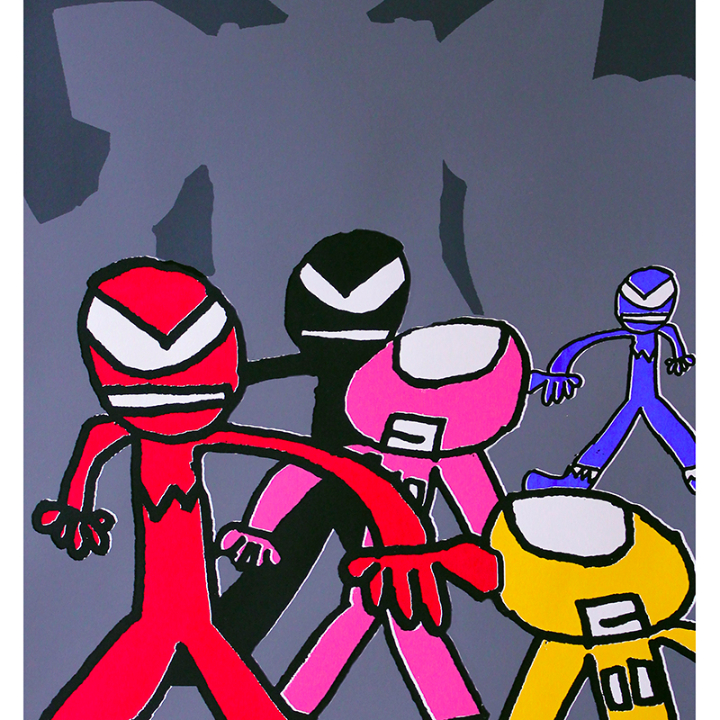 Little Fish Printing & Gallery
Little Fish artists will share their fresh perspectives on popular culture phenomena in Pop! during the month of April. The exhibition will be on view until April 27. 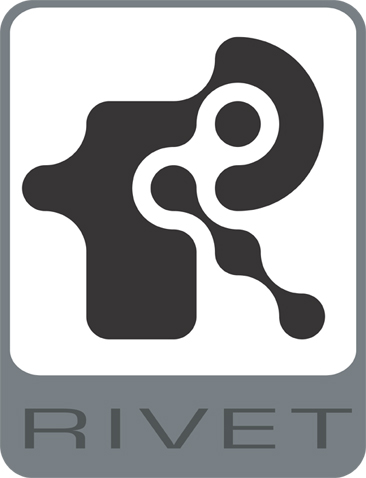 Gallery Denmark at Denmark on High

Michael Bush created 2D art from mixed media for the month of April at Denmark on High. He experiments with different paint mediums on canvas and uses unconventional items to move and manipulate the paint. Bush is inspired by movement and color and strives to create similar movement and fluidity in his work. 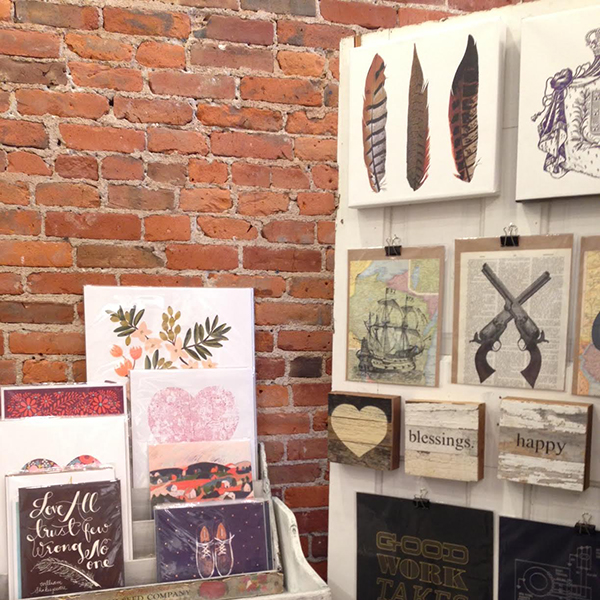 On Paper
Come browse On Paper’s newest selection of small works of art mostly on paper. A curated collection of silk screen, digital and letterpress prints all created in independent artist studios throughout the country. Hand made, unique work ranging from acrylic still lifes, silk screened urban streetscapes, to small edition letterpress prints with a focus on inspired quotes. Affordably priced from $12 to $50. 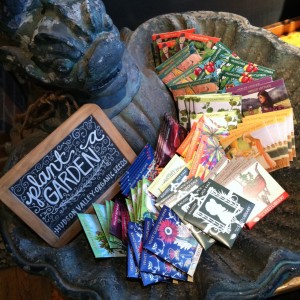 It’s finally spring, and time to start your garden! Pick up Hudson Valley Organic Seeds, sold exclusively at Rose Bredl Flowers and Garden. Stop by and let Rose Bredl help you pick the perfect seeds for your vegetable or flower garden.

Bring on spring with bold colors and designs! Short North Arts District fair trade store Global Gifts is proud to feature sarongs and sarong scarves handcrafted by Indonesian artisans and brought to us by Blue Hand Batik. Drawing on the rich tradition of Balinese batik, Indonesian artisan Pak Jais works alongside fourteen employees who all receive a fair wage for their stunning creations. Make a splash this season at the beach, pool, or just hanging out wearing a versatile sarong – a purchase you can feel great about!