The Short North Alliance is pleased to have the opportunity to exhibit the artwork of Joey Terrill, the AIDS Healthcare Foundation Columbus Project Manager who plays a role in the operation of the Out of the Closet Thrift Store and AHF Pharmacy that have been established in the Short North.

Terrill, who is originally from Los Angeles, is also a Chicano artist and social activist whose art portrays an influence from numerous sources of inspiration, including pop art, Mexican retablos, 20th century painters like Romaine Brooks and Frida Kahlo, and the politics and creative synergy that is exhibited in the Chicano and queer art circles in his native Los Angeles. 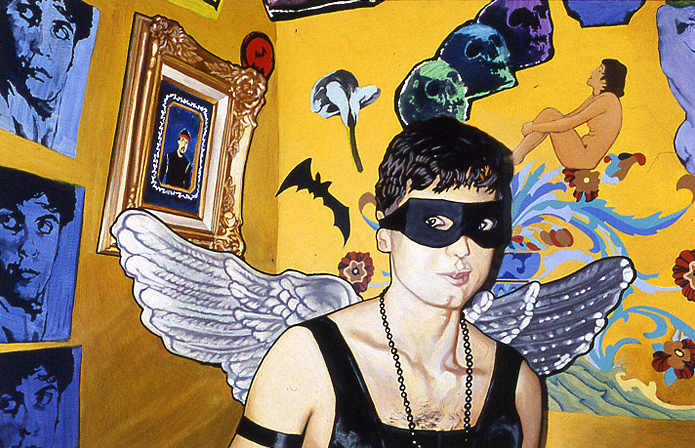 Terrill incorporates social activism and a commitment to social justice in much of his work, including making statements about queer identity and culture, confronting the culture of machismo and masculinity in barrio culture, and making statements about life with HIV, HIV’s place in society and popular culture, the commercialism of HIV medication in the marketplace. Terrill’s paintings and drawings take form in portraits from individuals in his life, whether it be friends, family, lovers, or the artist himself, and many of Terrill’s works also consist of still-life compositions utilizing inanimate objects. Many times the animate and inanimate come together into one piece to make his intended statement. 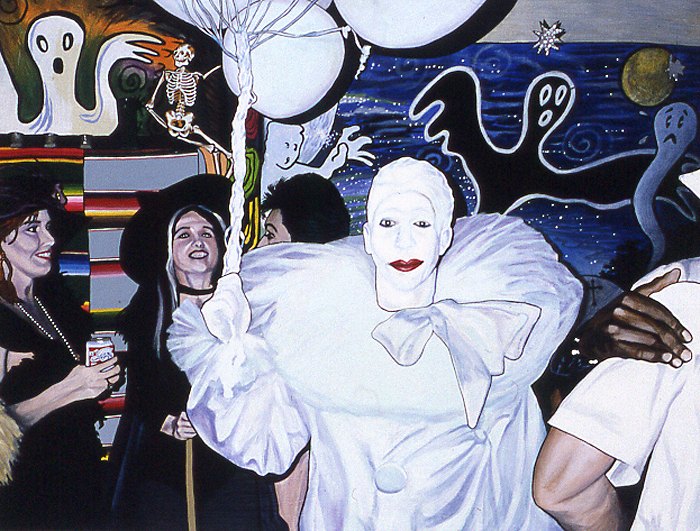 A series of Joey Terrill’s paintings are currently on display in the Short North Alliance office, located at 21 E. 5th Avenue, and can be viewed by the public during the February Gallery Hop, taking place on Saturday, February 1.

For more information about the artist, please visit www.joeyterrillartist.com.