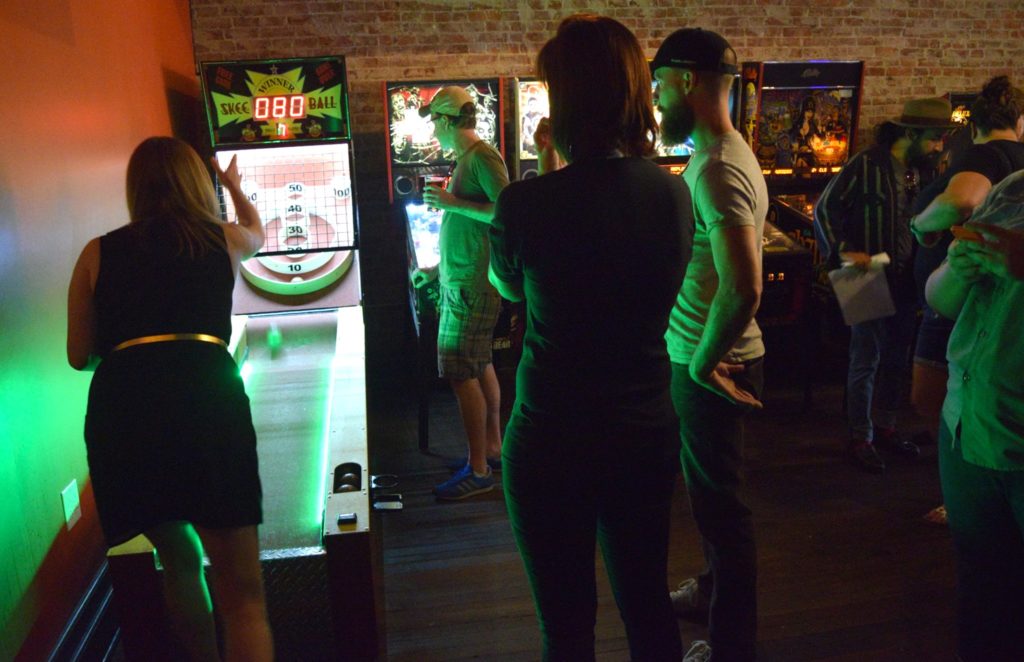 Brewcadia, a Short North Arts District arcade bar, brings people together to have fun and enjoy a few games of all sorts. Sitting at a prime location across from the Convention Center, Brewcadia features forty beers on tap, pizza and other appetizers, a board game closet, and of course the arcade games.

Skee-ball and pinball are two of the most popular arcade games you can find at Brewcadia and you can find over 40 board games located in the board game closet, including Cards Against Humanity, Catan, Life, and Connect Four.

Inspired by one of the original Barcades in Brooklyn, New York, Brewcadia was created by Jason Fabian, General Manager of Barley’s Brewing Company, and his best friend. The two decided to transform the upstairs storage space of Barley’s Brewing Company into Brewcadia, as it had the perfect amount of space for a bar and a multitude of arcade games.

“Our location is what makes us unique,” Jason said. “You’re going to a concert at Express Live! maybe you stop over here for a bite to eat and play some games. You’re doing Gallery Hop, going to a Clipper’s Game, anything in the Downtown area, we’re a great place to stop in. Plus we’re right across the street from the Convention Center.”

The forty-beer tap list is another great reason to visit Brewcadia. Five to eight of the beers are brewed in house, and the other beers are guest drafts. Brewcadia focuses on supporting the local community and Ohio craft brewing scene, featuring many types of beer.

“We want to make sure you’re not going to find these beers just anywhere, we’re going to make sure the beers we have on tap are something unique,”  Jason said.

Brewcadia can also be rented out for private and semi-private events, if you are looking to try some craft beer, play some games, and have fun with your friends. Be sure to try the Blood Thirst Wheat, Barley’s most popular beer, and the most popular pizza, the Kang and Kodos.