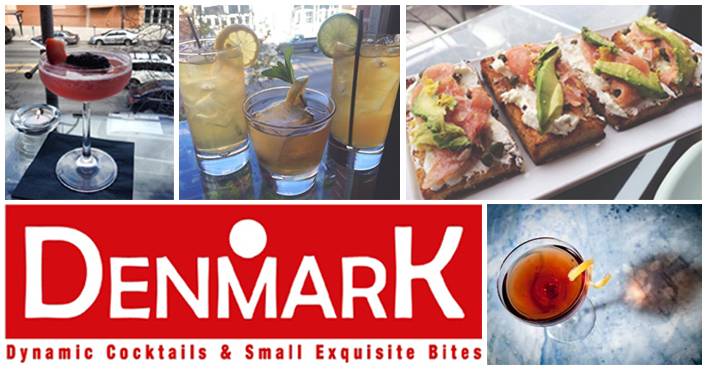 After nearly three years of planning and renovations, the Yankee Trader building has been transformed into a mixed-use space. Though the building has retained its architectural integrity, three of the establishments breathing new life into the historic building are cocktail bar Denmark on High, retail wine shop Secret Cellar, and private event space The North Room.

From the beginning, the concept for Denmark as a Euro-inspired modern take on a classic cocktail bar has been based on Copenhagen’s European architecture and carefree lifestyle of its people. The decidedly adult bar is nothing short of a revelation for serious cocktail connoisseurs, as demonstrated in Denmark’s tagline: “dynamic cocktails and small exquisite bites.” General Manager and Food and Beverage Director Garry White wouldn’t have it any other way.

“My favorite aspect [of Denmark] is marrying two of my loves,” White said. “The culinary side of things and then the bar side of things, which traditionally in restaurants are very, very separate worlds in general. Here, we have those two things kind of sandwiched together.” 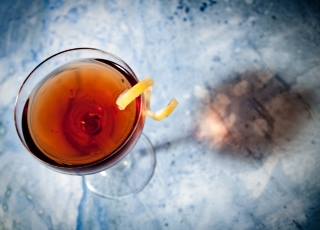 White, who has experience as a chef and bartender but is a self-professed “farmer at heart,” developed a passion for canning produce from his own garden, which eventually evolved into making his own jams. He then went on to experiment with bitters and syrups, which he made “in the background” during his time bartending at Hubbard Grille. It was at this position that White would briefly work with Daniel Morris, now a managing partner of Denmark, and be offered the opportunity to work at Denmark “completely through chance.”

“The universe threw this in my lap,” White said. “Daniel was the original person that they brought on. He gave me a call and said, ‘I want to be on board, but I do not want to be on board unless you want to come on and do this.’ Him and I really clicked. We had a very similar view as to how a restaurant and bar should be ran, and just worked really well together. I think he really thought that with my background as a chef and as a bartender – our setup here is very intertwined – that I would be a really good fit.”

Morris’ hunch was spot on. The close proximity in which Denmark’s drinks are mixed and its food is made “really made a lot of sense” to White. “The creative freedom that I’ve been given to really put this concept together has been unprecedented, which is incredibly nice,” he said. This creativity included devising a way to heat food without a hood system or open flame from a range, which he accomplished by using a rapid-cook oven to heat the menu’s artisan flatbreads. 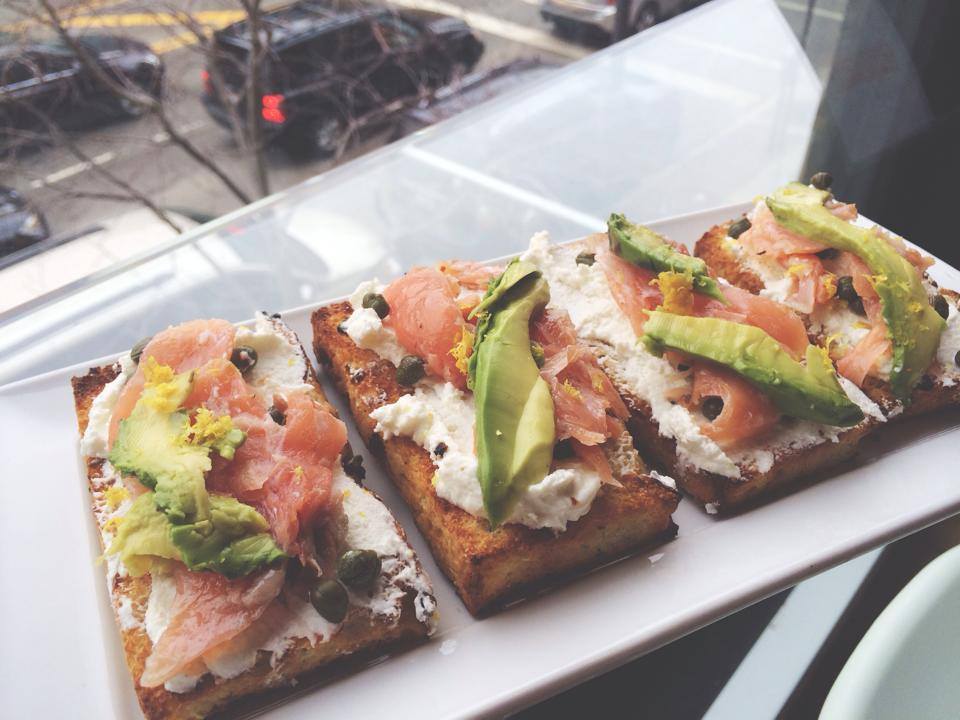 Outstanding as the cocktail menu is, the most impressive aspect is the in-house made tinctures, bitters, syrups, cordials, and liqueurs used in the drinks. Using a sous vide, the process of making these important flavor components is dwindled down from a multi-week waiting game to a one hour breeze. Denmark also infuses its own liquors using the local offerings of Watershed Distillery and Middle West Spirits.

“We really take a lot of time and a lot of care to make sure that we do all of our infusions in house,” White said. “If there’s a flavored vodka, or a flavored bourbon, or a flavored anything in house, it’s not because we bought something. It’s because we take the time to source out the products that we want to use and infuse them ourselves. Being able to kind of utilize that technology has enabled us to really kind of think outside of the box with how we’re putting things together.” 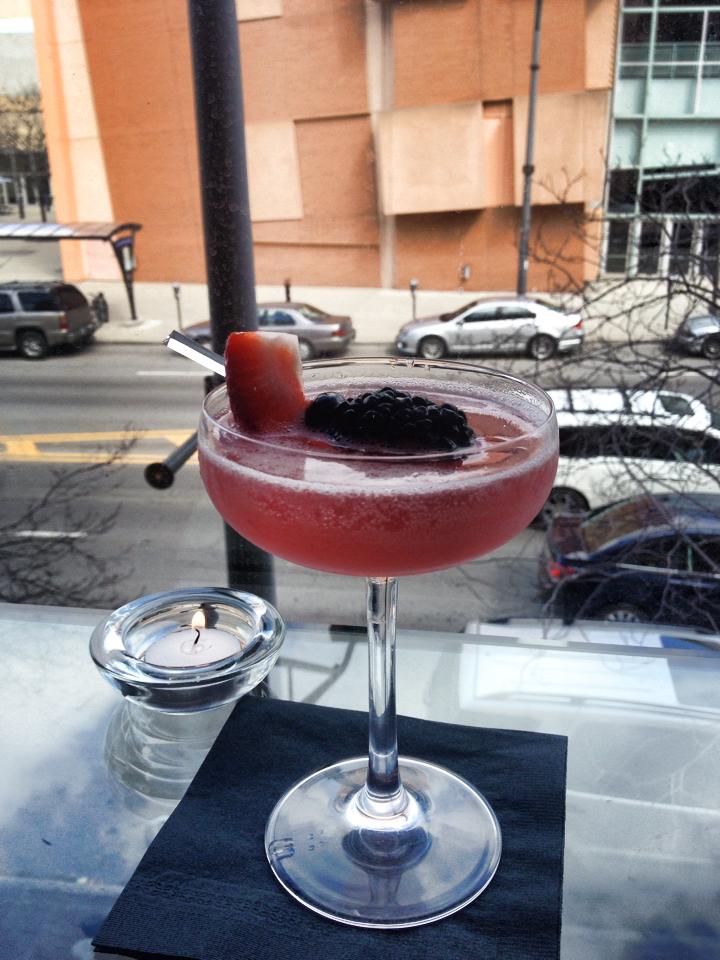 The talented bar staff is actively engaged in the learning process and beginning to generate their own ideas for the menu. “The evolution is going to be moving toward doing even more of the things we do in-house and utilizing other ingredients,” White said. “Right now we’re actively researching how to make our own ginger beer and tonic in house. Really just kind of evolve and expand our knowledge of cocktails, and how we go about doing them.” White also expects Secret Cellar and The North Room to gain more traction.

In anticipation of the Ohio produce that will soon be available in the coming months, White said he is “absolutely giddy with excitement” about fresh strawberries, blueberries, and cherries. “I am so looking forward to Ohio to come into fruition again. The bounty of Ohio’s harvest is getting ready to come through, and being able to utilize a lot of local, farm-fresh ingredients and do different infusions with them – I think that’s where we really shine.”