When it comes to old-school tattooing, Joey Knuckles is one of Columbus’ most dedicated artists. Knuckles draws his inspiration from the past and is a firm believer in staying true to traditional tattoo imagery such as anchors, hearts, roses, and sparrows. After learning in the lineage of Columbus legends such as Leonard ‘Stoney’ St. Clair, Marty Holcomb, Durb Morrison, and Giovani Faenza, among others, the source of Knuckles’ passion for flash tattooing is evident.

Knuckles grew up in Newark, Ohio among guys who would end up being popular Columbus tattoo artists later in life, including Morrison, who now owns Stained Skin and Red Tree. “[Morrison] went to the same high school as me, and I always looked up to him,” Knuckles said. “I just always was into [tattooing], always loved getting tattooed, and I was artistic as a kid, so I was always drawn to it, but I never expected to actually tattoo.” 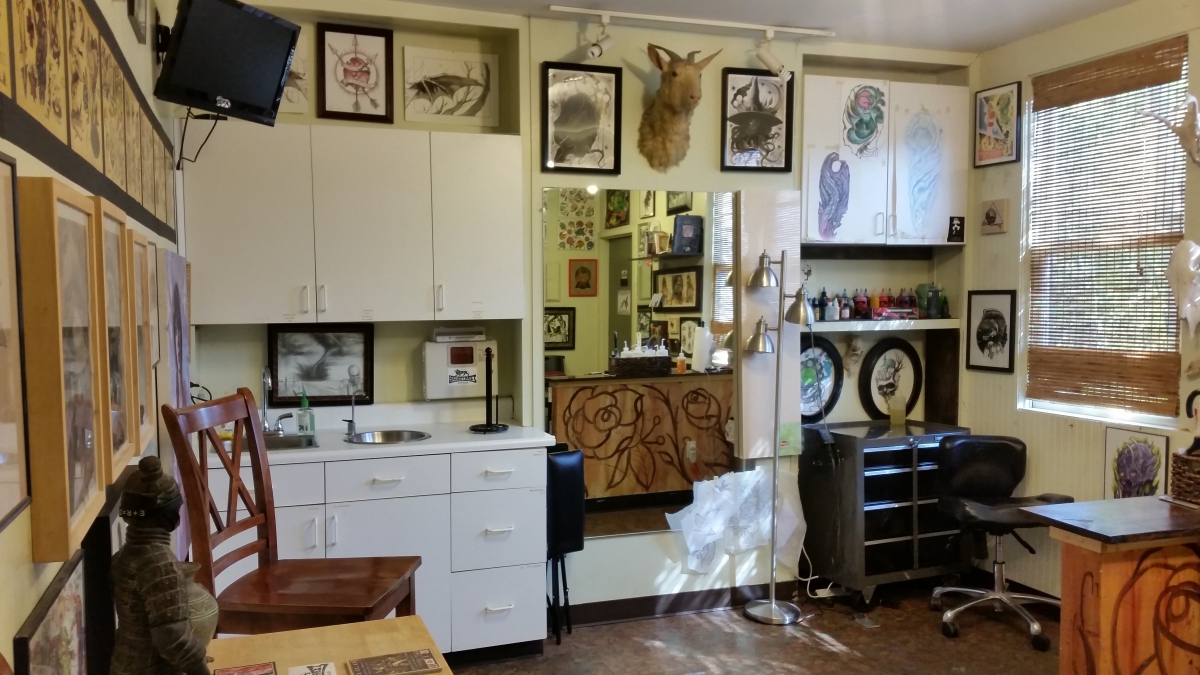 Though Knuckles started his career “a little later than most people do,” when the opportunity was presented to him, he was quick to jump on it. He first learned how to tattoo from Dan Wesley at Body Language, located on Columbus’ east side, which is where he began working with Faenza. When Knuckles began receiving job offers elsewhere and was contemplating moving to Chicago or St. Louis, he consulted Faenza for advice. “He was like, ‘What you should do is move downtown and work for awhile and build a real inner city clientele and learn how real tattooing actually works,’” Knuckles said. “After I left Body Language, Giovani was my mentor basically the rest of my career.”

In 2005, Knuckles became one of the original employees of Faenza’s newly-opened High Street Tattoo in the Short North Arts District. After a few years there, he moved to Philadelphia in 2008 with a goal of immersing himself in tattoo culture and history, which he accomplished by working at some of the city’s most famous parlors including Philadelphia Eddie’s Tattoo, Olde City Tattoo, Art Machine Production Tattoo Studio, Black Vulture, and New York Hard Core Tattoo (NYHC Tattoo).

Knuckles returned to Columbus in April 2013 for the Hell City Tattoo Festival, which was followed by a dinner with family and friends at High Street Tattoo. “At that dinner, Giovani offered me the shop,” Knuckles said. “It was a pretty quick path change, but when you get an opportunity like this – this is a big part of my success and my career, part of my legacy, and a big part of Columbus’ history,” he said. In September 2013, Knuckles gained ownership. 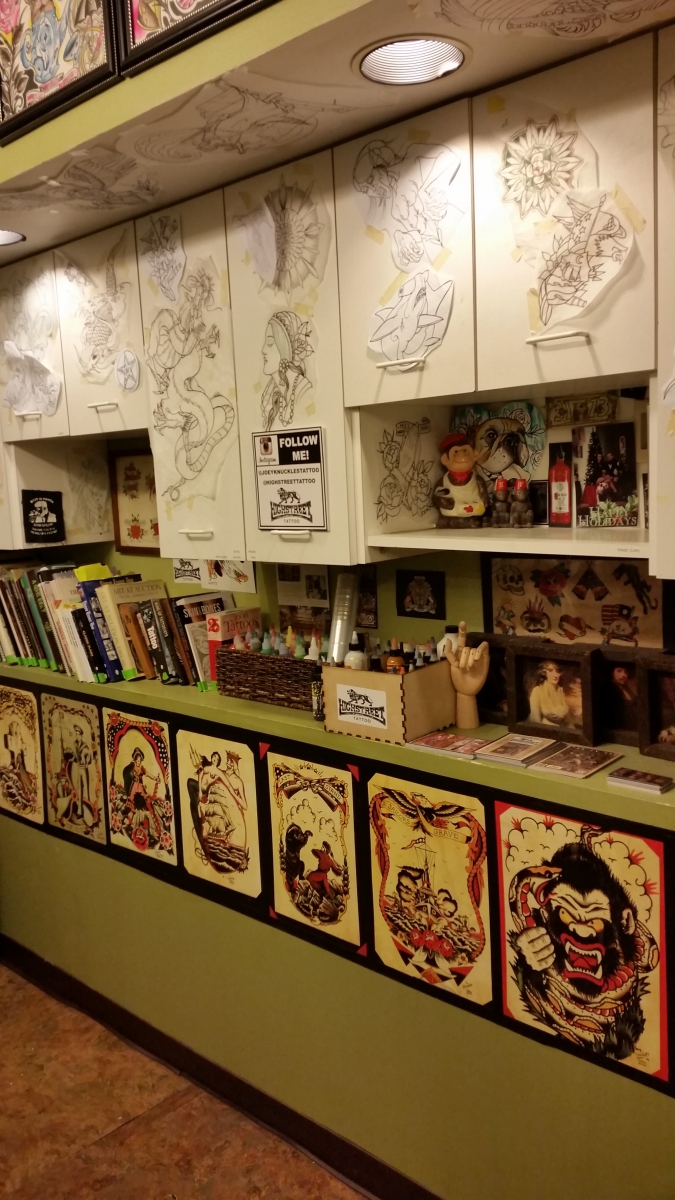 High Street Tattoo was opened as a progressive fine art shop with a spa-like atmosphere, but when Knuckles took over, his vision for a traditional tattoo shop materialized. “Columbus doesn’t have that kind of monument where we stick our flag, and we’re like, ‘here’s the history of Columbus,’” he said. “I wanted to gear it more toward the historical aspect of tattooing.” Though each of the shop’s artists has an individual “flavor” that adds “seasoning” to the shop, it is still heavily influenced by “masters that have figured out all of the tricks already and have passed them on,” Knuckles said.

Adherence to “certain techniques that are just absolutely necessary within the tattoo world” is Knuckles’ credo, and he said the High Street artists take pride in “knowing these laws and rules that you can bend but you definitely can’t break.” Knuckles feels the tattoo industry could lose its “nobility, culture, and integrity” if tattoo artists without proper, classical training let go of their responsibility to create lasting art. “The fact of the matter is, it takes years and years of dedication to learn how to properly create a tattoo,” he said. “Until you’ve been tattooing for a decade or more, you haven’t seen your work age. It’s really hard to comprehend some of the lessons until you’ve seen that. It’s a constant, humbling experience. If you’re not following the rules, you’ll eventually get spanked.”

Luckily for Columbus, it has “amazing tattooers,” Knuckles said. “I can think of 10 just top notch tattooers that live in Columbus. Everybody is awesome. It’s come a long way over the last 10 years. We’re blessed.” Similarly, the tattoo clientele in Columbus and the Short North is just as dedicated to its shops and artists. Knuckles, who is currently on hiatus from tattooing with a broken right arm, was touched by the loyalty of his customers who told him to keep his deposits despite having their appointments pushed back a few months. “It makes it really worth it,” he said. “That’s the stuff that really sticks with you.”