Six years ago, if you had asked Mikey Sorboro whether he would be more likely to open a pizza shop or a bar, he wouldn’t have said a pizza shop. “I would have been like, ‘yeah, probably a bar, but pizza?’” Sorboro is now CEO of the eponymous Mikey’s Late Night Slice, the famous by-the-slice pizza shop that started in the Short North five years ago, and owner of Oddfellows Liquor Bar, the new destination dive bar.

Sorboro, who has lived in the second story apartment adjacent to the original Mikey’s location for 12 years, started working on Oddfellows in November 2012 when he was offered the opportunity to use the storefront next door to the pizza shack. The space was being used by Sorboro’s landlord as an office and for storage. “He realized he could get more out of it by vacating, so he asked me and Colin [Castore] from Bodega if we had any interest in the space,” Sorboro said. “We jumped on it. We knew it was too good of a space to let go.” 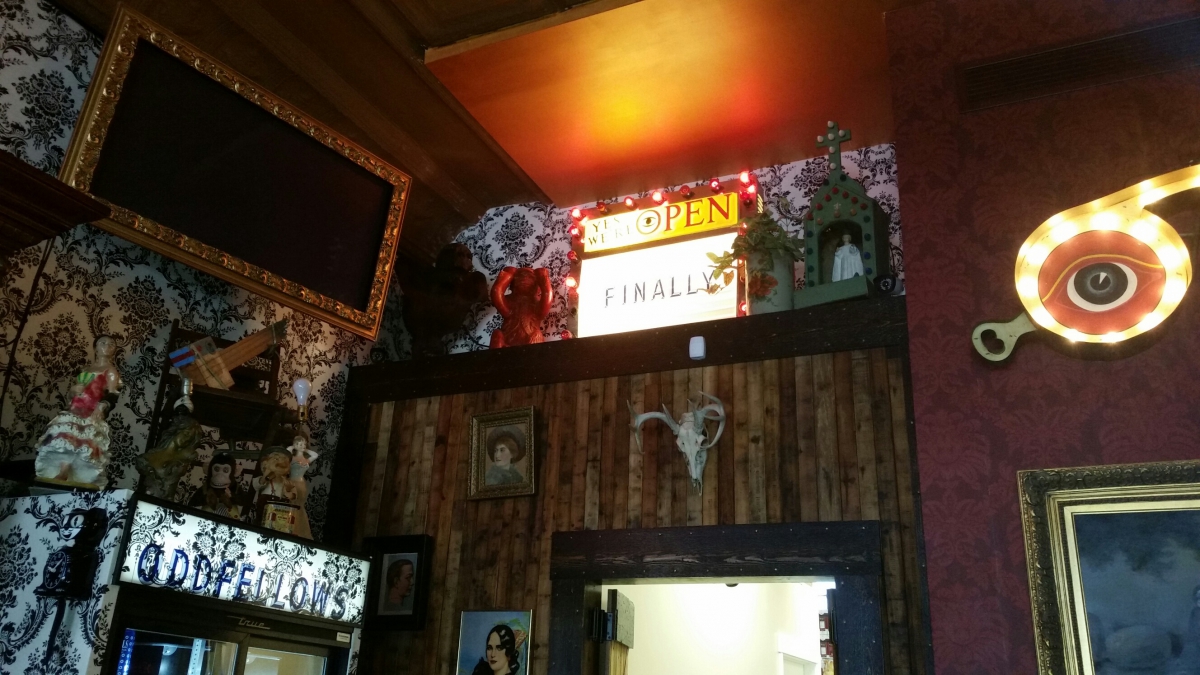 For as easy as obtaining the space was, Soboro said actually opening a bar proved to be the most challenging aspect. The original open date of New Year’s Eve was continuously pushed back to accommodate necessary building renovations and improvements. “You wouldn’t ever notice it now, but the ceiling was just a nightmare. Whenever you have a remodel like this, with an old building, it’s just like opening a giant can of worms,” he said. “This space had never been used for gathering. It had never been used for people. To get it up to the point where we could fit a bar full of people in here just took awhile.”

Despite the delays, Sorboro said he wouldn’t change a thing. “We never expected it to take this long, but what I’ve grown to appreciate out of it is that this concept wouldn’t have been what it is if this bar would have opened a lot sooner,” he said. “I wouldn’t have had time to really develop some of the ideas that I got within the last few months of the project. It’s kind of taken a long time, but it’s a better bar now than it would have been.” 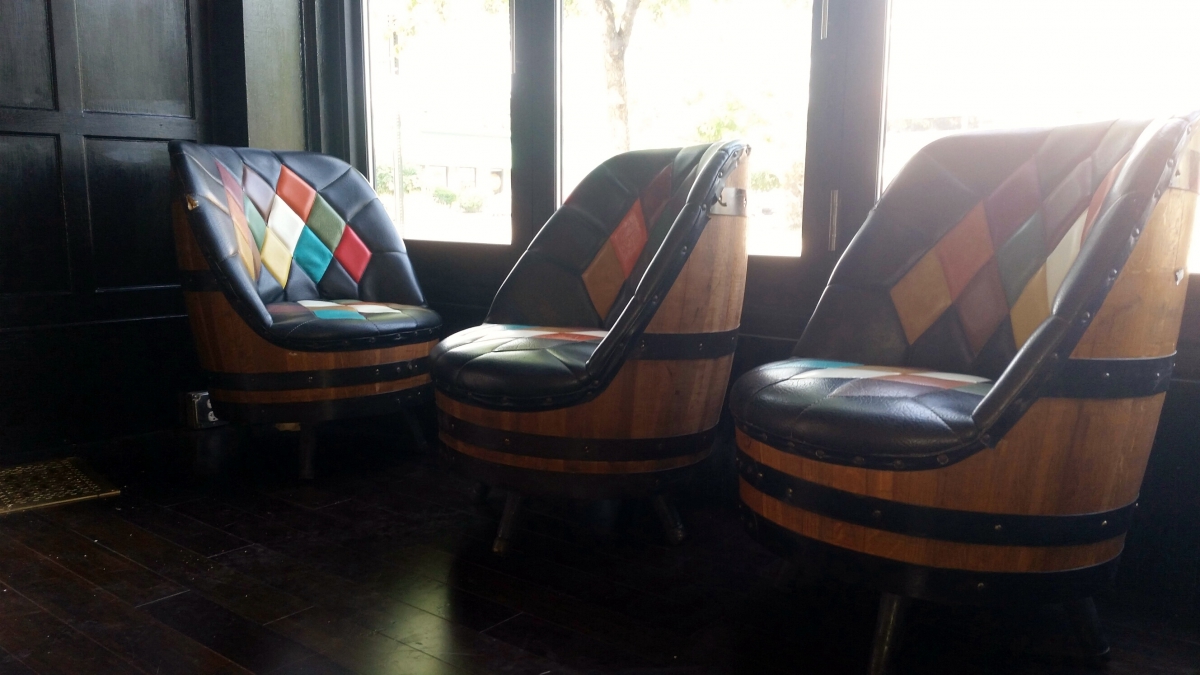 Oddfellows is a nod to the building, which was originally used as a meeting space for the Independent Order of Odd Fellows, a benevolent fraternal organization that promotes personal and social development. Sorboro feels the name and “odd fellow” concept – quirky, cheeky, and eclectic – is in line with what he looks for in a bar. “Basically, this is what I like,” he said. “We took a couple research trips and just wrote down things we liked, things we saw all over the country. The bars I thought were the best were the ones that had really inspired decor. Places that were really awesome to look at. Oddfellows is kind of the amalgam of all of that.”

Almost every piece in the bar was hand selected, from the colorfully cushioned barrel chairs, which were inspired by similar chairs Soboro saw in a New York bar, to the bentwood bar stools originally used in a hotel in Lakewood.  “I want people to come in and just fall in love with the decor,” he said. “I want people to see something different every time they come in.” The front bar is the only new piece in the space, which Soboro’s friend custom built. 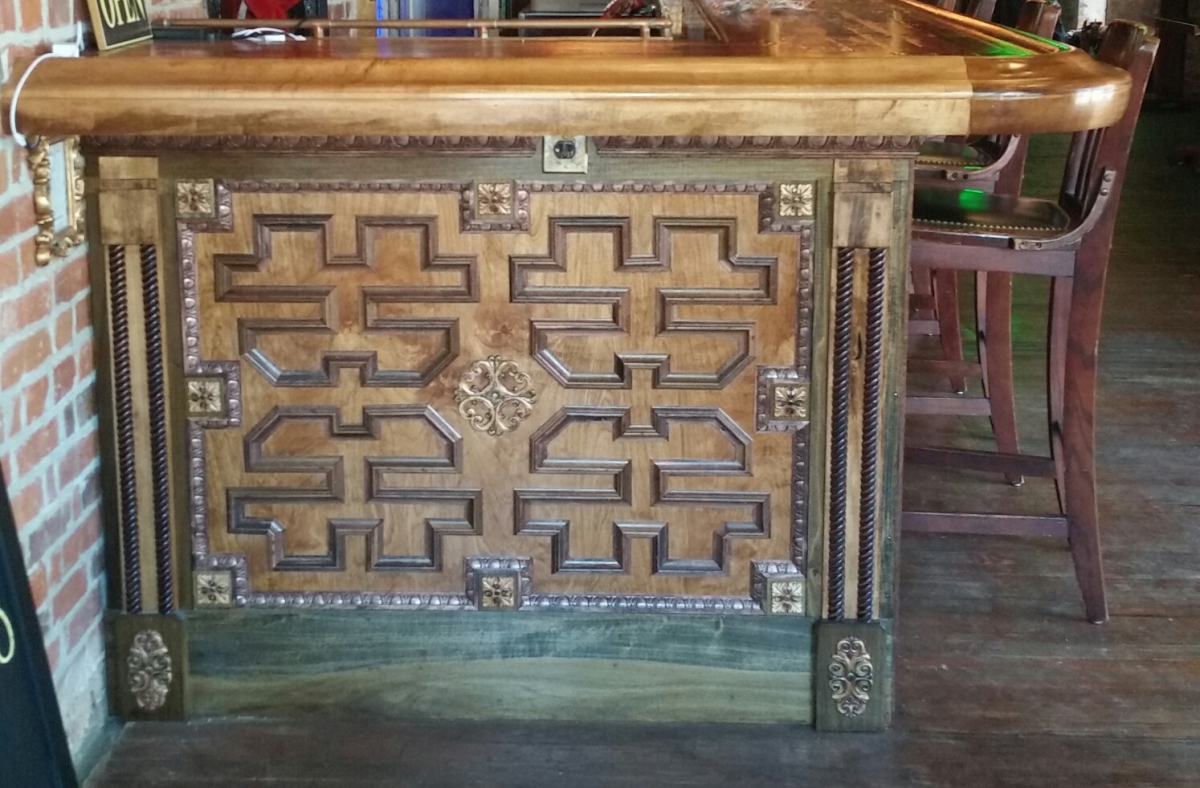 Sorboro said his favorite piece, the 106-year-old Brunswick back bar he and his friend found in Cincinnati, was worth every penny. “Pretty much we touched the thing and it was like, this is it. This needs to come with us,” he said. “It’s just such a cool piece, something that old and that has that much history to it.” He feels the back bar is representative of the “ultra-dive bar” feel he wants for Oddfellows and helps the bar stand out as a “destination” spot in Columbus.

Apart from the community’s overwhelmingly positive response to the bar, Soboro said the best aspect has been seeing everything come together. “To see it work is the most rewarding part,” he said. “A lot of this stuff has just been sitting in piles for so long. The final product has been in my head for awhile, but the idea has been intangible. To see things fitting and to see the place take shape has been awesome.” 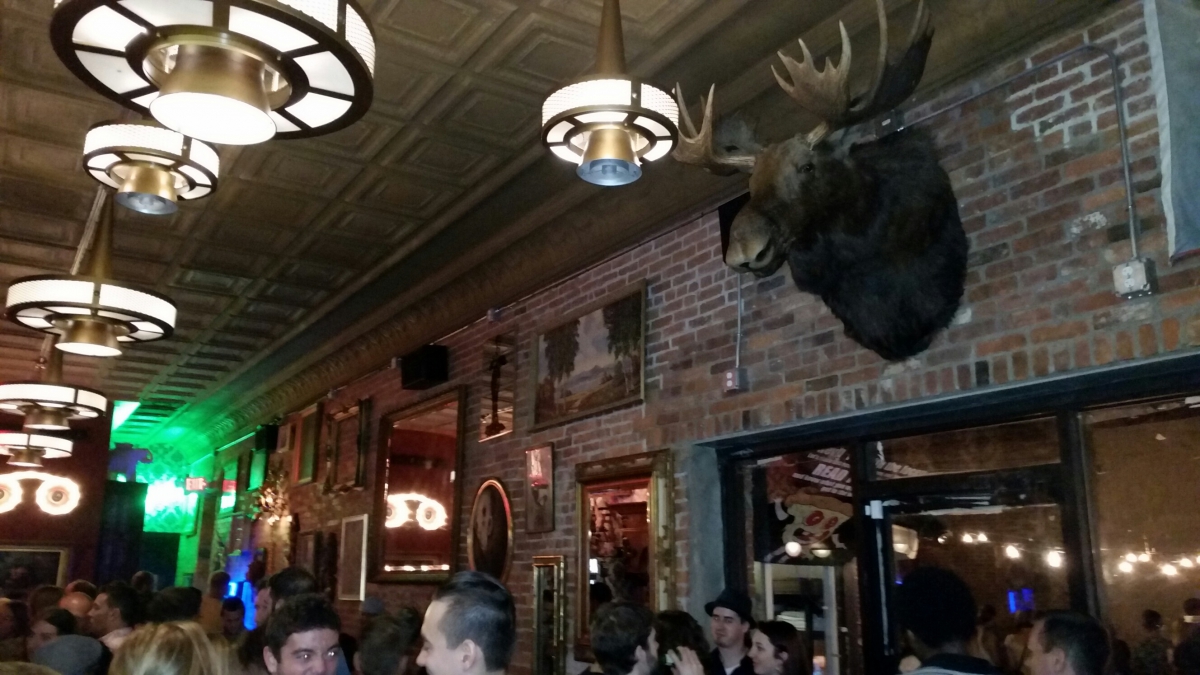 The beer and cocktail menus have also been thoughtfully selected, with a mix of 16 regional, local, and popular draft taps and drinks such as the “Negroni Slush,” a satisfying frozen concoction that tastes like sweet cranberries and bitter black pepper. Oddfellows $1-off-everything happy hour will be from 3-7pm Monday through Friday, and Soboro has plans for a bar spelling bee and possible open mic night. There is also a short menu of small bites and shareables, as well as the option to order from Late Night Slice. “We’re actually working on a Slut Sauce shot, which sounds abhorrent, I know,” Soboro said. The adventurous libation is still in research and development, but until then, Soboro said Slut Sauce will “of course” be available.