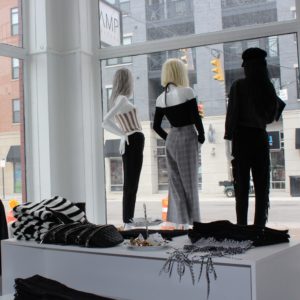 Vamp Official is the solution for any young woman craving the latest fashion trends from the world over at an affordable price. It’s the perfect stop for grabbing-and-going before the night or weekend comes – and for looking fresher than ever while out and about.

Browsing the little corner boutique, which sits stylish in a mostly-monochromatic color scheme, visitors will find a selection of tops, bottoms, bags, jewelry, shoes, and sunglasses. Vamp Official owner Ellen Shirk says her inventory is ever-changing to keep on-trend, so she keeps price points and product quantities low. Her items come from vendors from all over, including Los Angeles to Spain to Australia. 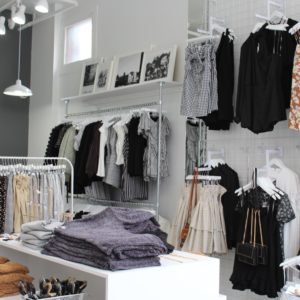 a great case study of a young person following their dream. When she and her friends were studying a variety of subjects at The Ohio State University, none of which were fashion, they followed clothing shops from abroad on social media. They envied the women who ran the shops, and they wondered what was keeping themselves from doing the same. Realizing the answer was nothing, they used their passion for fashion and designed an independent study course around how to start an online store.

Shirk then started Vamp as an online store under the mentorship of her independent study professors. Soon after she graduated in the summer of 2017, she made her virtual catalog into a physical one and opened the Vamp Official storefront in the Short North Arts District. She had even quit her downtown architecture job to pursue this transition.

Now, the boutique is approaching its one-year anniversary. With success comes a big change. Said shirk, “I need a bigger space, which is good.” 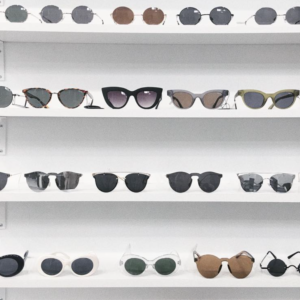 Indeed, Vamp Official will be moving in 2018 to accommodate more clothing and accessories. While the destination is yet to be announced, Shirk confirmed that she will stay in the District above all else. “I love it down here.”

Vamp fans can look forward to some changes to the store after its expansion, as Shirk says she is working on a new concept, that would allow the store to carry the same styles and labels while being more collaborative.

Though Shirk enjoys the District’s people and atmosphere and has made friends with her neighbors, her favorite aspect of the Short North Arts District is its food. Brassica, Nida’s Thai on High, RAM Restaurant & Brewery, The Rossi Bar & Kitchen, and Marcella’s Ristorante, Pizzeria & Wine Bar are just some of the plethora of restaurants she loves.