August Wilson’s Gem of the Ocean 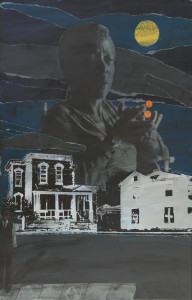 Short North Stage kicks off a year of plays by August Wilson with a staged reading of Gem of the Ocean. Wilson is one of the 20th century’s most important playwrights.

Set in early 20th century Pittsburgh Gem of the Ocean is the first installment of Wilson’s celebrated 10-play Pittsburgh Century Cycle. Each play examines, decade by decade, an aspect of African-American life in the last century. It spins the tale of the magical 287-year-old Aunt Ester and a young Black man from Alabama who is searching for his identity and redemption. She guides the young man on a mystical journey to the past find his heritage.

The shows will be directed by Mark Clayton Southers, one of America’s leading authorities on the works of August Wilson.