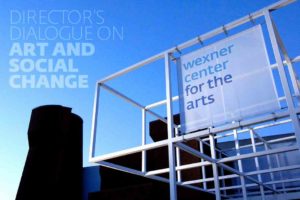 Advancing the role of the arts in sparking meaningful discussion about contemporary issues, this fall’s Director’s Dialogue explores the intense and contentious debate surrounding the upcoming release of The Birth of a Nation, a cinematic account of Nat Turner’s 1831 rebellion directed, written by, and starring Nate Parker.

The sold-out member preview screening of the film at the Wex is September 20; the film releases nationally October 7. The Wexner Center has invited esteemed colleagues from across Ohio State to address the multiple issues raised by extensive media coverage about The Birth of a Nation—including (but not limited to) the sexual assault charges filed in 1999 against Parker and his former college roommate (Jean McGianni Celestin, who shares a story credit on the film). This dialogue will also explore today’s culturally charged climate surrounding gender, race, and sexual consent, as well as the impact an artist’s personal life can have on the reception of his or her work.