Pens to Pictures: Empowering Incarcerated Women from Script to Screen 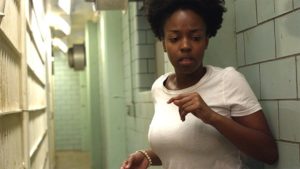 Pens to Pictures: Empowering Incarcerated Women from Script to Screen

Featuring the Premiere of the Pens to Pictures Documentary

Advancing the arts as a catalyst for meaningful discussion of contemporary issues, this year’s Director’s Dialogue centers on Pens to Pictures, a pioneering project that teaches incarcerated women to make their own short films.

Join us at 7 PM to watch five short works created by women in the Dayton Correctional Institution in partnership with Wright State University students, professional artists and filmmakers, and the Wexner Center’s Film/Video Studio Program.

After the films (at 7:30 PM), see the Pens to Pictures documentary, created during a Wexner Center residency.

The Wexner Center’s Director’s Dialogues are made possible in part by a lead endowment gift from an anonymous donor.

Townsand Price-Spratlen is an associate professor of sociology at Ohio State. With research interests that include community organization and the sociology of religion, his work evaluates the history of African American organizational development and its influence on migration and social justice outcomes, as well as how contemporary African American faith practices influence identity tensions and other psychological factors. Price-Spratlen completed his PhD at the University of Washington in 1993.

Audrey Begun is a professor in Ohio State’s College of Social Work. Topics addressed in her scholarship include family relationships involving members with developmental disabilities, strategies for reducing intimate partner violence, and interventions into substance misuse and addiction. She has worked to bring evidence-informed screening practices and medication-assisted treatment to women reentering the community following a period of incarceration. Before joining the College of Social Work in 2009, she served on the faculty of the School of Social Welfare at the University of Wisconsin-Milwaukee. Begun received her MSW (1978) and PhD (1987) from the University of Michigan.

Chinonye Chukwu is assistant professor at Wright State University, where she teaches courses in screenwriting and directing in the Department of Theatre, Dance, and Motion Pictures. A recipient of the prestigious Princess Grace Award and Princeton Hodder Fellowship, her feature films and short films have been screened internationally at renowned film festivals such as the Chicago International Film Festival, the New York African Festival at Lincoln Center, and Dayton LGBT Film Festival, winning numerous awards. Her short The Dance Lesson premiered at the Ritz Theater of Philadelphia and was a Regional Finalist for the 2010 Academy of Motion Picture Arts and Sciences Student Academy Awards. Chukwu is currently working on her next feature film.

Tammy Fournier-Alsaada is an author and community organizer from Columbus, Ohio, who advocates for criminal justice reform issues important to grassroots community members and their families. Fournier-Alsaada has served on the Franklin Prerelease Citizens Advisory Board, was a founding member of the Franklin County Reentry Task Force, and has been instrumental in the Juvenile Justice Community Planning Initiative. She was recently chosen as an outreach specialist and chairperson for Ohio State’s Youth Violence Prevention Advisory Board, and she currently serves as the community organizer for the Ohio Juvenile Justice Coalition, advocating for Ohio’s youth.

Short films written and produced through Pens to Pictures (2017)