Since she began singing at the monthly Short North Gallery Hop in 2009, veteran performer KaTanya Ingram has kept coming back because of her love for the district. “Gallery Hop allows me to be the best me,” Ingram said. “The memories are endless, but the best part will always be the people. Every month I am always remembered, always thanked for being there, but most of all I enjoy my time spent representing the Short North.”

The band with which Ingram first started singing at Gallery Hop, FlyTown Soul Revue, consisted of a group of multicultural members Ingram said was similar to the “melting pot” the Short North represents. Ingram has since sung in radio programs, televised performances, and events all over the central Ohio area. Though she enjoyed singing at various festivals, ballparks, cafes, and clubs, Ingram now limits her performances to Gallery Hop. 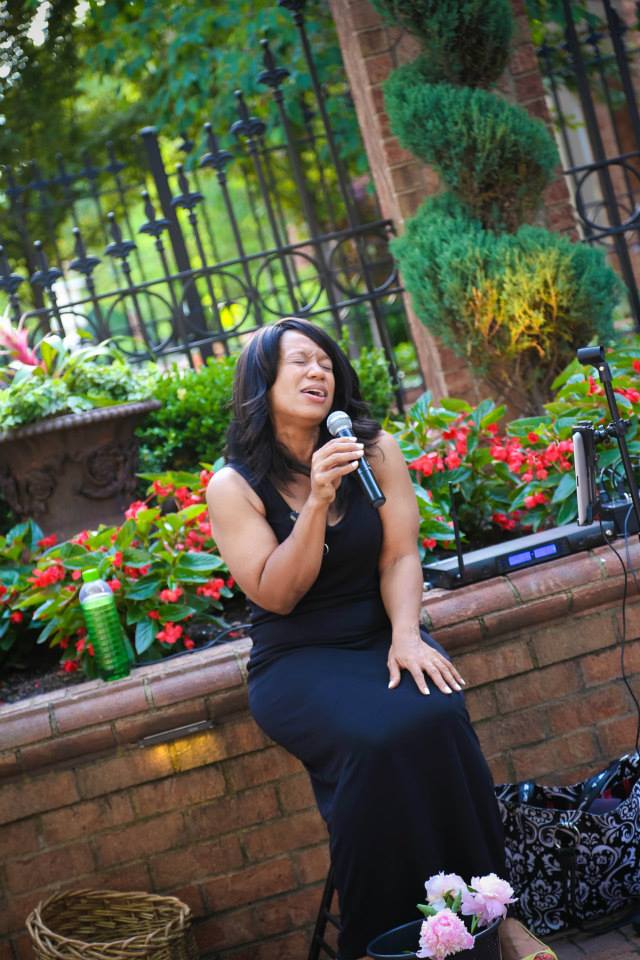 Ingram is most in her element when using her beautifully powerful alto voice to sing Motown, personal favorites such as “Open My Heart” by Yolanda Adams, and “anything Whitney Houston.” In the warm Spring months of 2010, Ingram met a grandfather and grandson from Toledo who would come by monthly to request the Dolly Parton song Houston made famous in honor of the grandson’s ailing mother.

For a few months, the pair would update Ingram on the mother’s progress until one month when they stopped coming. When they returned a year later, they looked for Ingram. “[The grandson] saw me and said to his grandfather, ‘THERE’S MY GIRL!’,” Ingram said. “During that year long absence he had lost his mother, but came back to Columbus to see me, ‘His Girl,’ so that I could sing ‘I Will Always Love You.’ Singing that song will never be the same to me and means so much more to me as a street performer.”

It is for people and memories like these that Ingram will always return to Gallery Hop. “I’ve sang for the love of singing in less than 17 degree winter weather, rain, and snow because I love Short North, its people and businesses. It embraces the arts and understands that music is what feelings sound like and binds us all together,” she said. “As people walk by they all have a story, and you never know what it is, but in some way you’ve shaped it and played a part in each one. Every month I am reminded of that is some way, it never fails. The stories are endless.”