Created in 2012, the Mikey Butane Performance Group is a professional movement ensemble associated with artist community Movement Activities aerial training lab, located at 400 W Rich St. Founder Mikey Thomas created the group to fill a void in the Columbus dance scene. “I found there were not performance groups presenting the kinds of work I wanted to experience,” he said. “I wanted to bring a unique movement group to Columbus that was not derived from traditional models of dance training such as ballet or theatrical dance.” 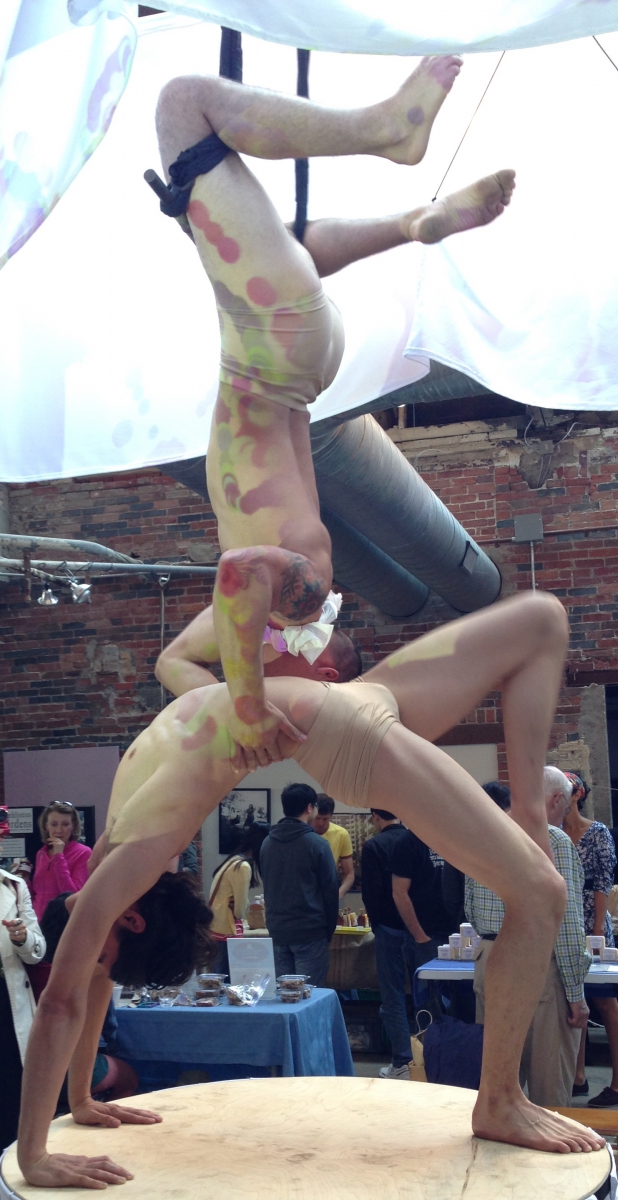 Thomas believes movement inspired by “the concepts of post-modern dance and performed by real people, without the influence of traditional dance training, is the most unique expression of movement. Unique expression of art by real, diverse people – what could be more American!?” he said. Accordingly, the group does not have a set company but is instead cast based on "movement needs," which include traditional dances, non-traditional contemporary movement scenarios, and aerial dance.

Another reason the group was created was to have a movement group with a strong Columbus identity. “I am interested in drawing from the creative residents of the city,” Thomas said. “I believe the corporate structure and support of our major arts institutions serve a purpose, but they often look right over the huge creative talent that exists right here in Columbus when supporting artistic expression and hiring employees into those organizations.”

Previously described as a “circus-themed burlesque variety show,” Thomas said he is working to dismantle that notion of the group. “We are a movement laboratory interested in presenting varied work,” he said. “True, we primarily work on aerial movement equipment, but are movement extends beyond circus entertainment. We are interested in exploring unique multi-dimensional movement works that sometimes express human experience and entertainment, and sometimes step beyond concepts inherent in traditional theater and dance.” 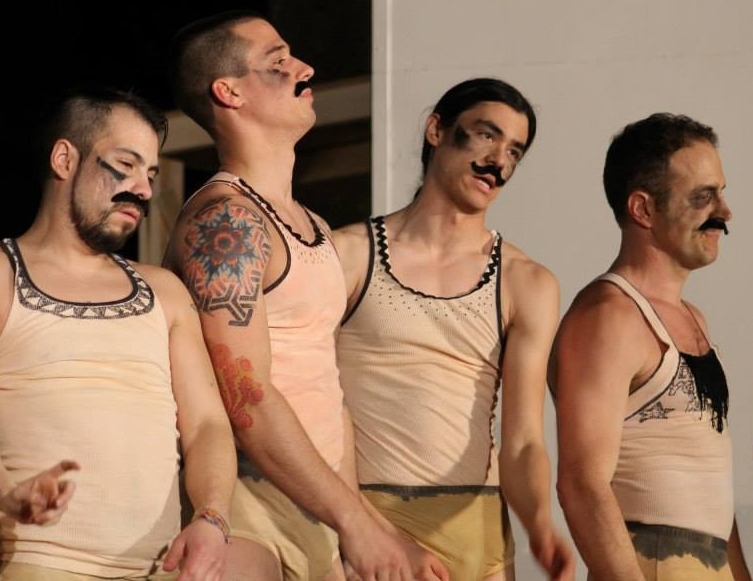 The individual emotional experience of each viewer is a component of the movement pieces with which the group tries to access. “We want to connect with our audiences and we want everyone to enjoy, or be some how moved by, what we present,” Thomas said. “We encourage our viewer to bring his/her own personal experiences to every work. We strive to create works that are universal in theme so that every viewer can come to individual conclusions about what is being experienced.”

The unique movement of the Mikey Butane Performance Group will be on display during the September 2014 Gallery Hop on Saturday, September 6 from 5-9pm. In addition to Thomas, performers Marston Bender, Brad Mead, Chris Wilson, and Rachel Ann Weiler will perform aerial dance, acro-balance, yoga, and dance.