In partnership with the Greater Columbus Arts Council, the May 2014 Gallery Hop will feature The Amazing Giants, a local stilt walking group whose larger-than-life talent is steadily gaining fans in Columbus.

A musician and self-taught stilt walker, Jessica Minshall recruited friends and other local performers and join her stilt walking pursuit and founded The Amazing Giants in 2011. Also known as Jessijem, her stilt walking alter ego, Minshall works hard to keep making the group better and better. “We are finding ways to expand our markets, add to our services, and stepping up an inventory of costumes and production equipment,” she said. 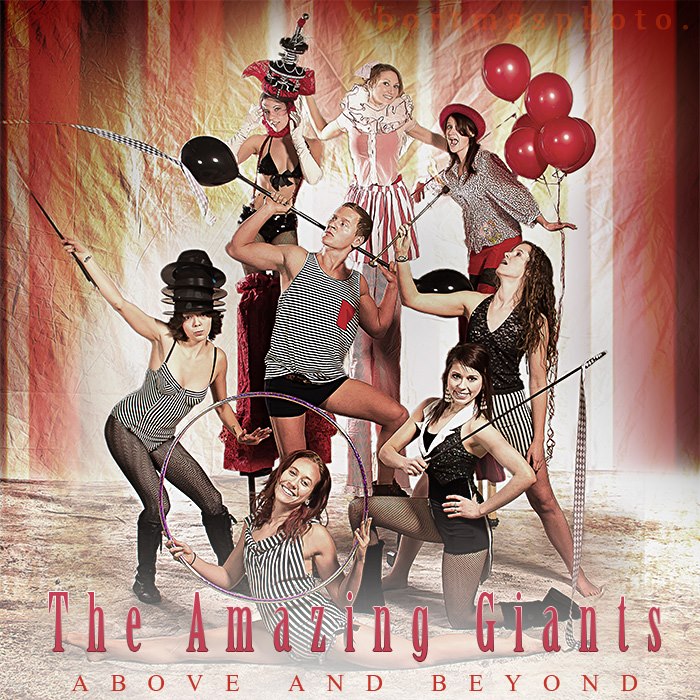 The Amazing Giants’ number of performers varies depending on the event. “We have a core group of five to eight people that work fairly consistently during our busy months, as well as a multitude of other performers and confidantes that are there for us when we need them,” Minshall said. The group’s largest event yet was performing at the opening ceremonies of The Presidents Cup in 2013. The group included 30 performers, from stilters to jugglers, hula-hoopers, aerialists, fire entertainers, and photographers.

Most of the performers are multi-talented and have experience with several techniques, including fire performance, flow, aerial, dance, and theatrics. “It’s fun when we get the opportunity to showcase all of these talents on our events and can do most of them while on stilts,” Minshall said. “We have been exploring more with acrobatic stilting and choreographing group pieces for this year’s Comfest.

Minshall feels the most recognizable aspect of The Amazing Giants is also the most fun. “Stilts are your own little stage,” she said. “Holding that space up high brings a more energetic, wide reach to your audience on all angles, wherever you are roaming. We truly love people’s reactions and work off whatever the crowd around us give us.”

The Amazing Giants will be performing in front of Bollinger Tower from 5:00pm – 9:00pm on Saturday, May 3 during Gallery Hop.