I, Too, Sing America: The Harlem Renaissance at 100 Short North Temporary Mural Series

The Short North Alliance and 10 partner galleries and art institutions, with the support of the the Greater Columbus Arts Council, present the fifth rendition of the highly popular Short North Temporary Mural Series titled I, Too, Sing America: The Harlem Renaissance at 100. This year’s series is in partnership with Columbus-based marketing agency Warhol & WALL ST.

The murals are installed on the exterior brick facades of 12 buildings along High Street in the Short North Arts District. They consist of high resolution images of art works that are printed on vinyl and heat-adhered to buildings. The process results in a work of art that looks painted on the building.

I, TOO, SING AMERICA MURALS 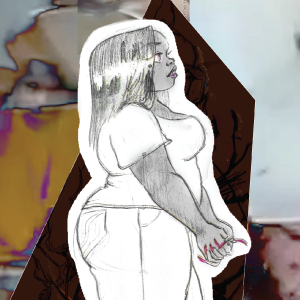 About the artwork:
Anime Omission (Composite) dives into themes of role playing and animation not commonly attributed to the “Big Black Woman” archetype. The fictional character’s pose and role play is based on the character Ayanami Rei from the animated series “Neon Genesis Evangelion,” created and directed by Hideaki Anno, while the background is a collage of films depicting black women in various media. 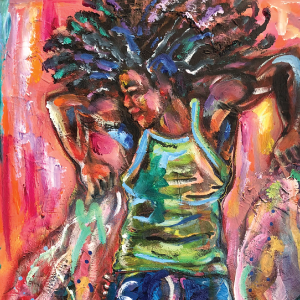 About the artwork:
Fleaux Child depicts Louis Othello Berry, a Columbus Ohio poet, dancer, and Transit Arts alumni. The artist painted Louis, aka Fleaux Child, performing live at the Center of Science and Industry in Columbus with Transit Arts. 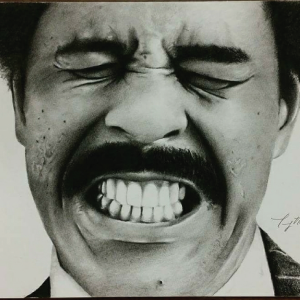 About the artwork:
Norman was inspired by Richard Pryor’s ability to use humor across all racial backgrounds to address controversial issues in the 1970s. Norman used charcoal to capture the true essence of Pryor’s face. This image is owned and copyright by:  Jennifer Lee Pryor and Indigo, Inc.  Worldwide Rights  Retained.  Approval is given to Terry Norman to duplicate and display the copyright image for this mural exhibit. 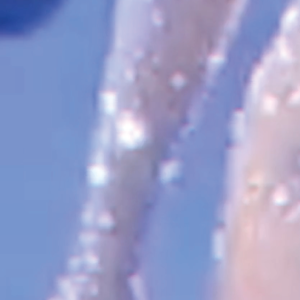 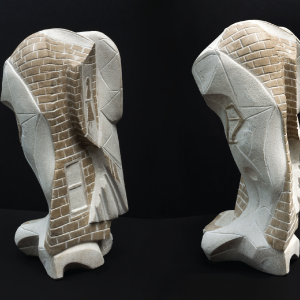 About the artwork:
The urban inspired Lady in the Window features Shaheed’s interpretations of city dwellings and the people that inhabit them. 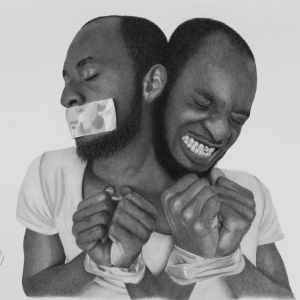 About the artwork:
BREAKING LOOSE is a self-portrait depicting breaking away from industry boundaries, stereotypes, and obstacles that have held back Boateng, freeing him to be the creative, open-minded artist he has grown to become. 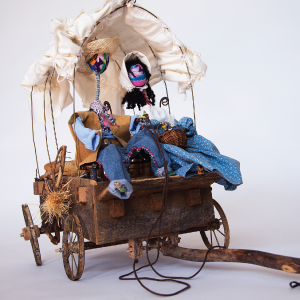 About the artwork:
Savage’s sculptures are made with wire arms and legs that bend and loop with unnatural grace, that are then wrapped in the bright colors of African fabrics. 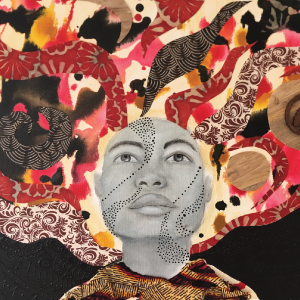 About the artwork:
Sunami deliberately creates images of strong, spiritual women as a means of proclaiming her personal identity and providing a different lens for the social perception of black women. 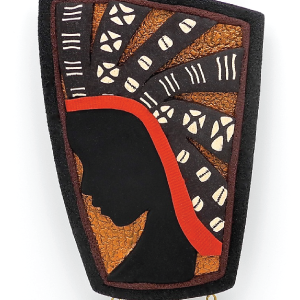 About the artwork:
Bogolan Queen was inspired by Jackson’s love of African fabrics, colors, textures, and reflective symbolism. “Bogolanfini” is another name for Mud Cloth, made by the people of Mali. Jackson imitated the cloth and adorned the woman’s hair to represent a majestic crown. 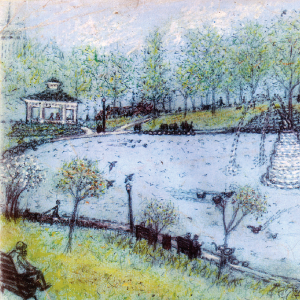 About the artwork:
Malcolm J, a Short North fixture for close to two decades, used his his keen observational skills to capture neighborhood scenes like Goodale Fountain. 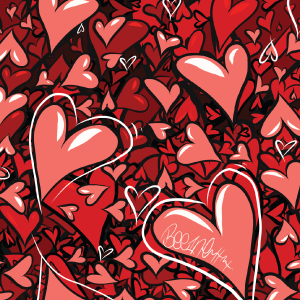 About the artwork:
Spread more Love is an ongoing campaign to ignite positivity and social awareness. With so much injustice, inequality, and hatred flowing around, we need something more uplifting and positive to counteract it. Love at its basic form is to at least be kind and respectful. 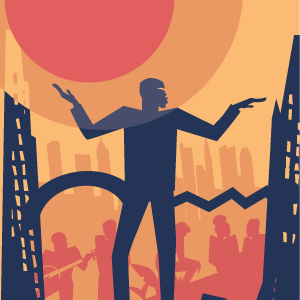 I, Too, Am Columbus
Marshall Shorts
Installed at 858 N. High St

About the artwork:
I, Too, Am Columbus  is an ode to the Jazz Age, Modernism, and Art Deco style of Aaron Douglas who rose to prominence during the Harlem Renaissance. The story is centered in the digital illustration around Columbus but pulls inspiration from some Douglas’ work which focuses on the African Diaspora.