HighBall is the nation’s fiercest costume party. Staged in the fashion capital of Columbus, this yearly event for the Halloween season bridges runway style with the culture of the Short North Arts District. Be a part of the HighBall street spectacle and model yourself on High Street. At HighBall, you are what you wear.

Now in its seventh year, HighBall has grown from a grassroots cultural event into what FoxNews.com declared in 2013 as “the single most elaborate Halloween event in the country…one of the country’s coolest, most fashionable costume parties.”

“I’ve been at every HighBall – it’s THE event of the year in a city that is teeming with creative energy,” said Jeni Britton Bauer, President & Creative Director, Jeni’s Splendid Ice Creams. “The costumes, fashion, and the DIY brilliance on display from people of Columbus and, more and more, from those who come into Columbus for this night, is nothing short of inspiring.”

2014 marks the second year that the event will occur over two program-packed nights on Friday, October 24 and Saturday, October 25 on High Street between Nationwide Boulevard and Goodale Street in the acclaimed Short North Arts District.

With the generous support of event sponsors including pagetech limited, IM Creative, L Brands Foundation, Out of the Closet, The Kroger Company, The Gateway Film Center, Ketel One, Bud Light, Goose Island, and more, HighBall has grown into a signature celebration of creativity for the City of Columbus, drawing over 25,000 attendees to see and be seen in their most outrageous costumes on High Street.

“HighBall captures the creative, open and fun-loving essence of Columbus – it’s our more fashionable and sophisticated version of Mardi Gras,” said Brian Ross, President and CEO, Experience Columbus. “With the national media attention it has been getting, we expect HighBall to continue growing as a major visitor attraction.”

HighBall 2014 will feature the following mix of programming audiences have grown to love with several new twists: 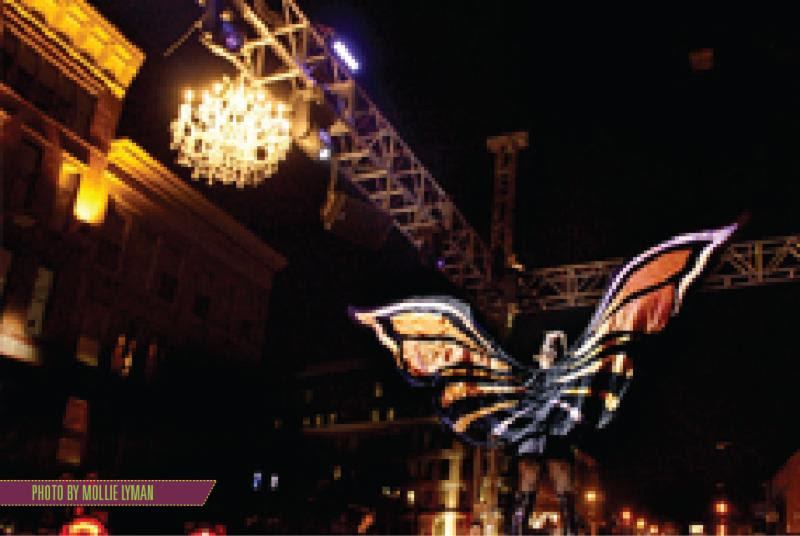 What:
HighBall 2014
presented by pagetech, limited

HBHQ
Saturday, October 4, 2014 to Saturday, November 1, 2014
Specific Hours of Operation will be announced in conjunction with programming in September

Main Program
On High Street
Between Goodale St in the Short North Arts District and Nationwide Blvd in the Arena District
Columbus, Ohio 43215