The city will be abuzz this year as costumes, couture, and creativity come together on “Electric Avenue” at the 6th annual HighBall Halloween. HighBall is one of Ohio’s most acclaimed Halloween celebrations. The event is renowned for its blend of eye-popping costumes, outlandish entertainment, and couture fashion. The festivities are held directly on High Street in the blocks connecting the famed Short North Arts District to the Arena District and Downtown Columbus.

To commemorate its sixth anniversary, HighBall expands to two days- Friday and Saturday, October 25 and 26. The experience begins Friday evening with dancing in the streets, bands, stage shows, and designer competitions. 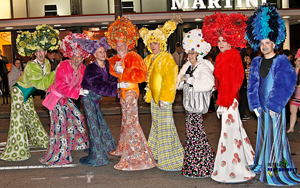 The fun continues during the day on Saturday with activities for children and families, followed by the outrageous Dogtober Howl-o-ween pet costume contest. Saturday night returns to dancing in the streets and the highly-anticipated general public costume contests where thousands of dollars in cash and prizes will be awarded in a variety of categories.

With the support of event sponsors such as Abercrombie + Fitch, Limited Brands Foundation, Ketel One, Budweiser, Jeni’s Ice Creams, Kroger, and numerous others, HighBall has become renowned as one of the most creative, visually stunning, and exhilarating events in the Midwest.

Where:
On High Street between Goodale St in the Short North and Nationwide Blvd in the Arena District
Columbus, OH 43215

An Event Of:
The Short North Alliance, a 501 (c)(3) not-for-profit organization 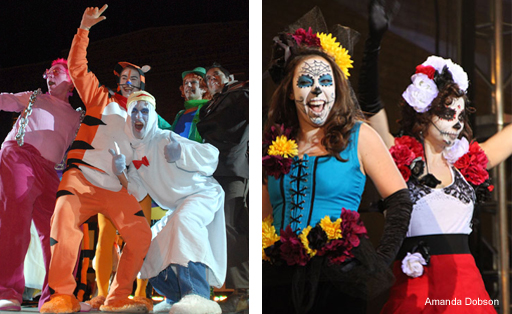