HighBall Halloween is happening on October 21-22, 2016, on High Street from Goodale to Nationwide in the Short North Arts District. Hosted by Columbus’ own Nina West and NBC4’s Monica Day, HighBall Halloween is the nation’s most elaborate costume party. Staged in the fashion capital of Columbus, this yearly event for the Halloween season bridges runway style with the culture of the Short North Arts District. 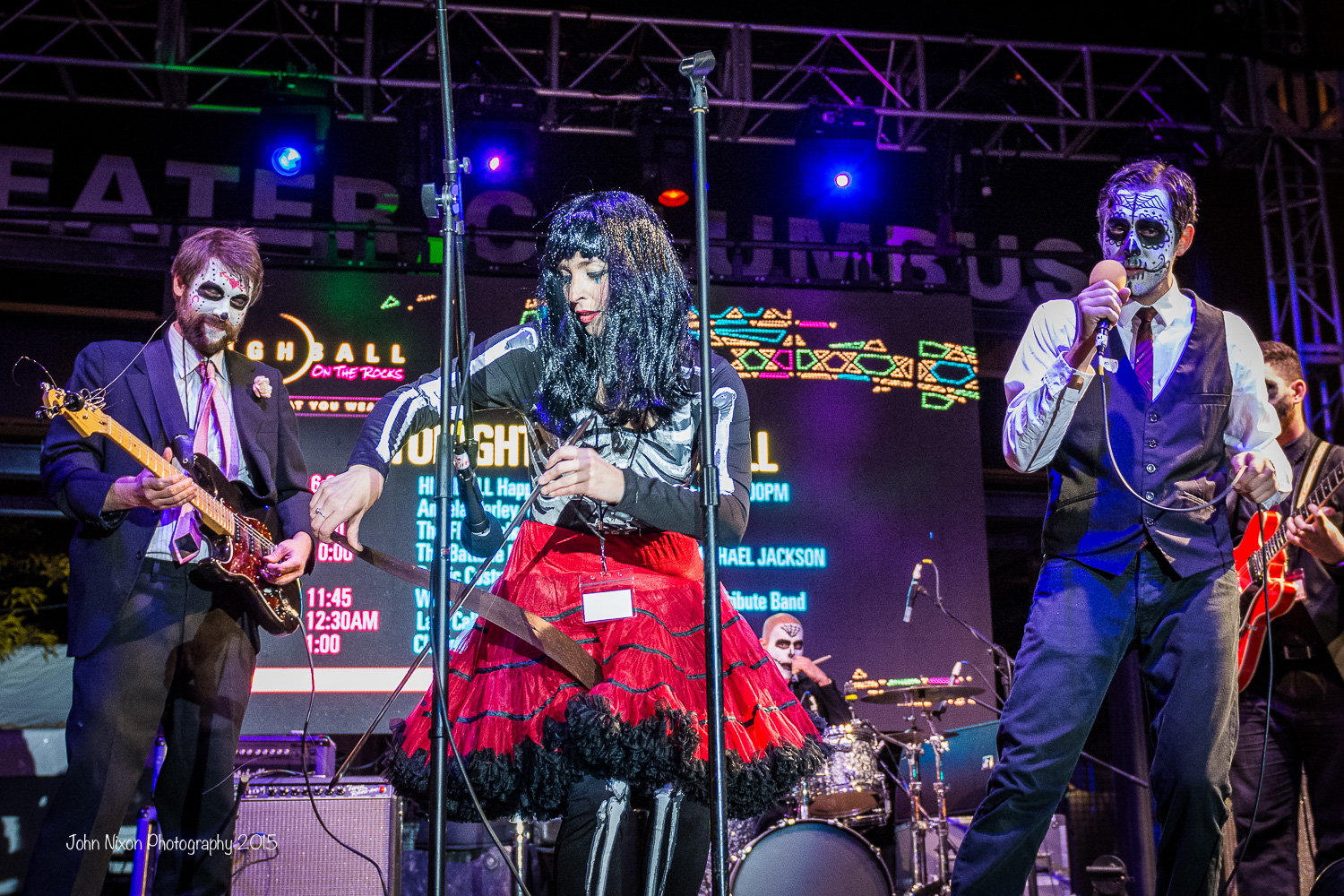 FRIDAY | HB: ON THE ROCKS

HB: On The Rocks is the annual Friday night tribute to fabulous fashion inspired by music icons, eras, and genres. On Friday, HighBall Halloween 2016 will pay tribute to rock legend David Bowie. Headlining HB: On the Rocks is eletro-pop superstar Robert DeLong, with a local band lineup, will hit the Schweppes Stage for electrifying performances including mixed sets of original songs and David Bowie covers.

Come to HB: On The Rocks dressed as your favorite Bowie era, whether the iconic Ziggy Stardust, mystically-inspired Jareth the Goblin King, or the cabaret classic Thin White Duke. The night begins with the Stardust Happy Hour, where attendees get free admission to HighBall Halloween. Get your chance to be on the HighBall Halloween stage as we close out the night with the Bowie Public Costume Contest. In between, see some of the most amazing stage and street performances HighBall Halloween has ever seen. If being on stage is your thing, look forward to HB: On The Rocks David Bowie karaoke presented by Kaufman Development on Friday night.

ABOUT THE PERFORMERS
Headlining HB: On the Rocks is electronic dance-pop sensation Robert DeLong. Originally from Washington state, DeLong hails from Colorado in a one-man outfit that takes inspiration from the genres of house, dubstep, and moombahton. His most recent album, In the Cards, was released in late 2015 alongside the single “Don’t Wait Up.”

In a recent review, USA TODAY says of the musician, “Give him a mic, some drums, and a potpourri of video-game controllers, and Robert DeLong has all he needs for an explosive dance party.”

Our sensational hosts, Monica Day and Nina West will stun the crowd with their best versions of David Bowie glam.

Fabulous Johnson Brothers is a high-energy ensemble that draws inspiration from disco, soul, and motown in addition to modern-day pop and doo-wop. Their lineup includes a multi-instrumental mix of driving guitars, bold vocals, and a powerful horn section. Attendees will rock out to an unforgettable all-Bowie set.

Damn The Witch Siren is an electro-pop, 80s-inspired duo based in Columbus. Known for their live performances, their shows are filled with “choreographed dance moves, seizure-inducing visuals, and a buzzing cacophony of 8-bit arpeggios and blunt electronic beats” (614 Magazine). 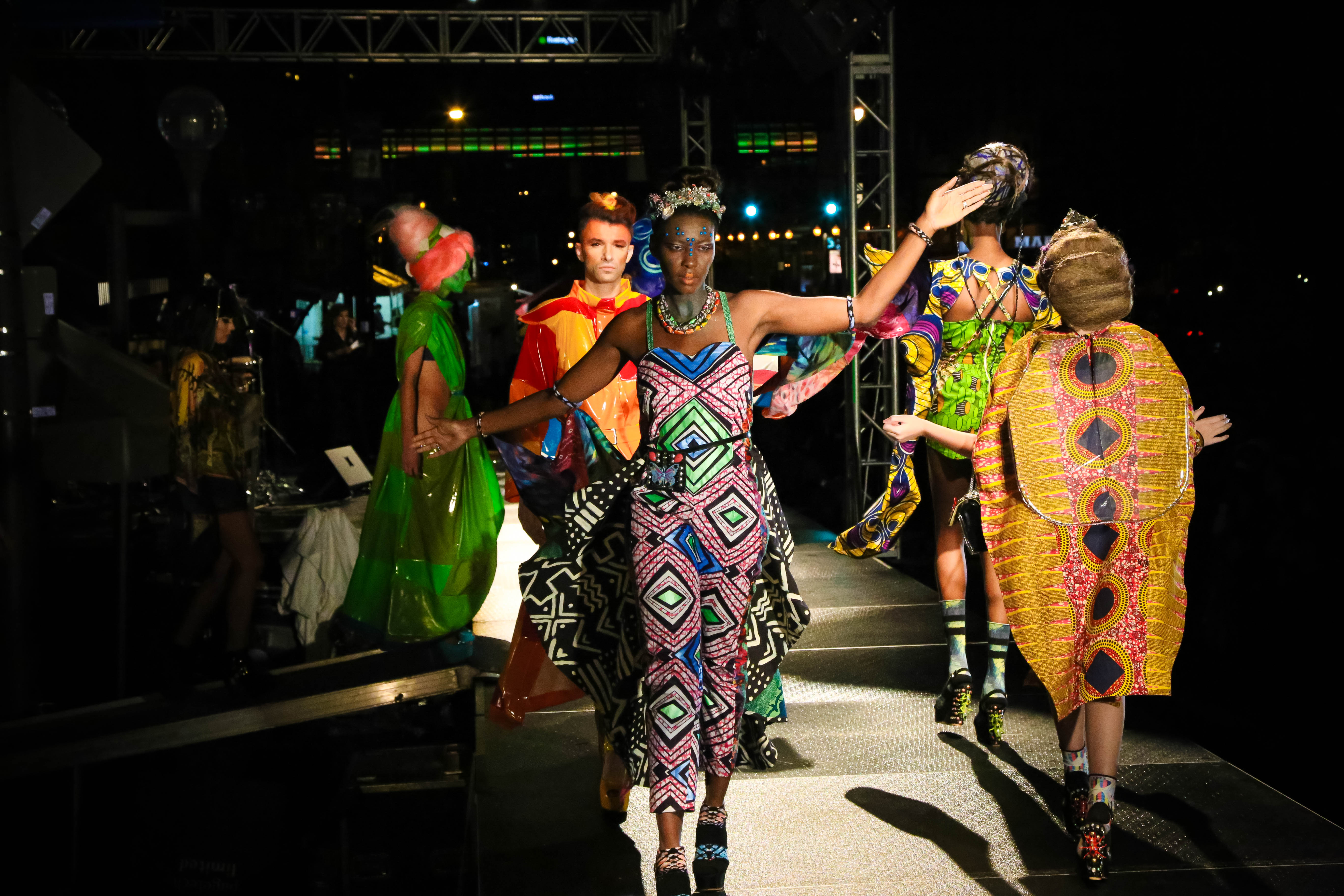 Extraordinary style is the name of the game at HB: High Fashion on Saturday night. Local bands will open HB: High Fashion and get you pumped for the main event. Watch eight teams of designers compete for the top slot and a cash prize in HighBall Halloween’s signature event, the Battelle Costume Couture Fashion Show. See models stomp the runway in inspired costume collections in a spectacular fashion show unlike any other.

On Saturday, become your most honest self or take shape as someone new. As the night ends, get a chance to be a part of the main stage spectacle for the High Fashion Public Costume Contest.

ABOUT THE PERFORMERS
In addition to hosting HighBall Halloween 2016 with Monica Day, Nina West and the West Family will put on an inspired production that includes elaborate costumes, dance performers, and all the drama that Columbus has come to know and love about their performances. The drag queen herself is a self-described “comedian, puppet enthusiast, foodie, activist, and friend” who shares her talents in the local LGBTQ community in addition to national acclaim.

Before the Battelle Costume Couture Fashion Show takes over the stage, see Mojoflo rock out with blazing vocals, screaming horns, and a hard hitting rhythm section. MojoFlo offers a unique and eclectic mix of funk, soul, rock, R&B, jazz, blues, and hip-hop that will keep you guessing.

Nick D & The Believers will take the stage with for an indie pop set that is sure to entertain. Since their start, their “woozy, new soul” (Columbus alive!) was quickly recognized by critics who have called the band “consistently mesmerizing,” (CityBeat) and “one of the fiercest live acts” (PASTE).

General admission tickets, VIP tickets, HighBall Halloween 2016 tees by HOMAGE, and more are on sale now. Get them before early bird pricing ends on October 14 at midnight.

Discount pre-sale pricing will be available until October 14. Ticket packages are subject to an online processing fee. General admission tickets are $5 pre-sale and $10 after October 14 or at the gate. VIP tickets are $65 pre-sale, $75 advanced purchase, or $80 at the gate.

Limited-edition HOMAGE HighBall Halloween T-shirts are available for pre-order for night-of-event pick up. 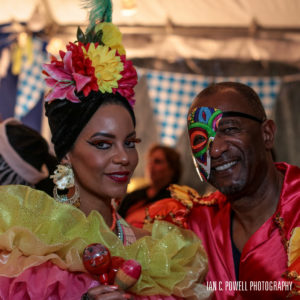 ABOUT THE VIP EXPERIENCE