As spring approaches and you’re itching to get out of the house and into the warmer weather, take a walk through the Short North Arts District to enjoy the fresh air and exciting new exhibitions. Don’t feel like walking or driving your own car? Try car2go, a carshare service where cars can be picked up and dropped off in public parking spaces, including metered spaces. You can also try bikeshare service CoGo or Uber rideshare service. For more information, click here. 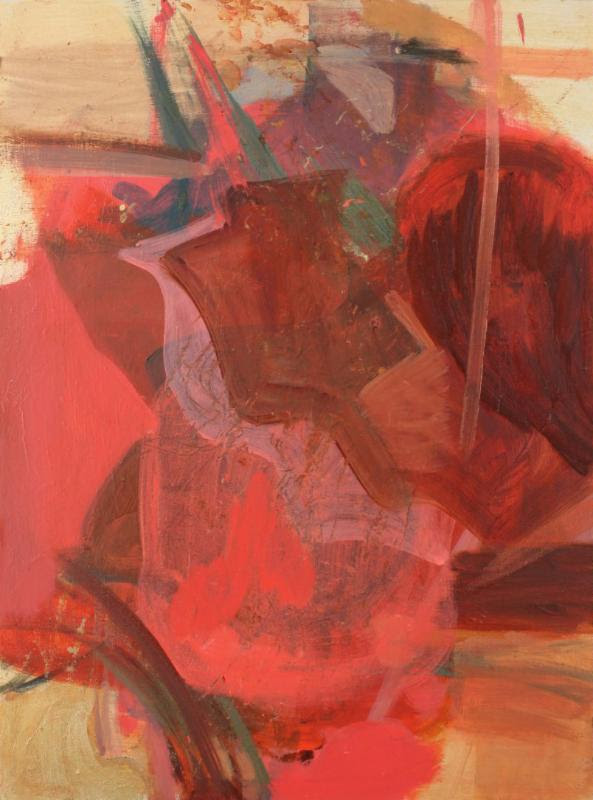 Stacy Leeman’s newest show, Hidden Presence, will be on display from February 27 to March 30 at Sharon Weiss Gallery. In support of the exhibition, an opening reception will be held Sunday, March 2 from 2 to 4pm. Leeman said of the exhibition, “buried within each of my series of paintings is an idea that has its origin in a philosophical or religious dilemma, often an ancient Jewish text.”

Stop by Sharon Weiss Gallery during March to view this intriguing exhibition. 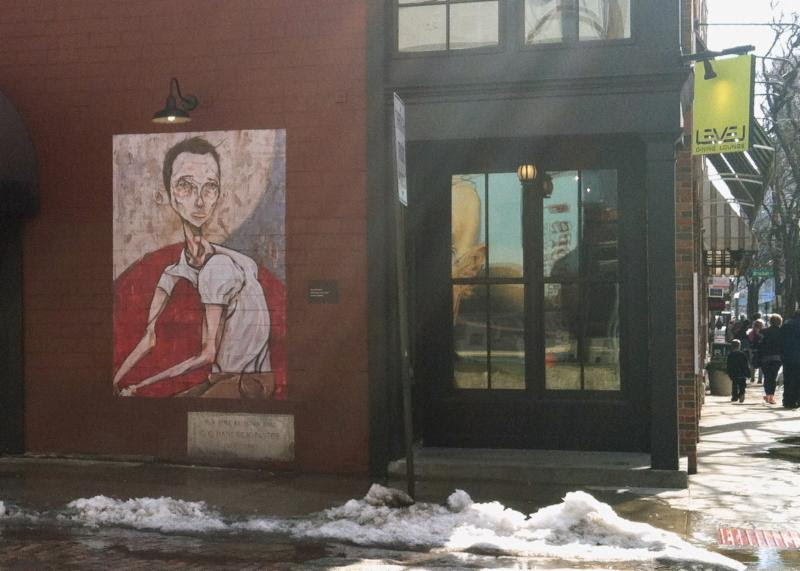 The Short North Alliance and 11 partner galleries and art institutions with the support of the Create Columbus Commission and Orange Barrel Media present the second iteration of the highly popular Short North Temporary Mural Series. The exhibition, titled Viewpoints: Murals by Young Professional Working Artists, is now installed in the District!

All participating artists are either young professional artists under the age of 40 or are young at heart emerging artists who regularly support and mentor artists under 40. The series as a whole showcases works that reflect the individual perspectives, or viewpoints, of these artists.

Enjoy these public art pieces as you stroll through the Short North. For mural locations, participating galleries, and more information, click here. 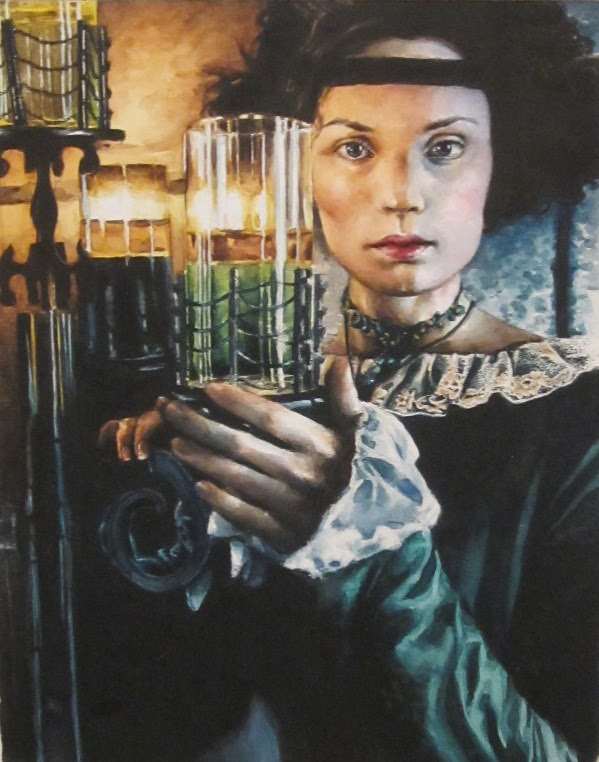 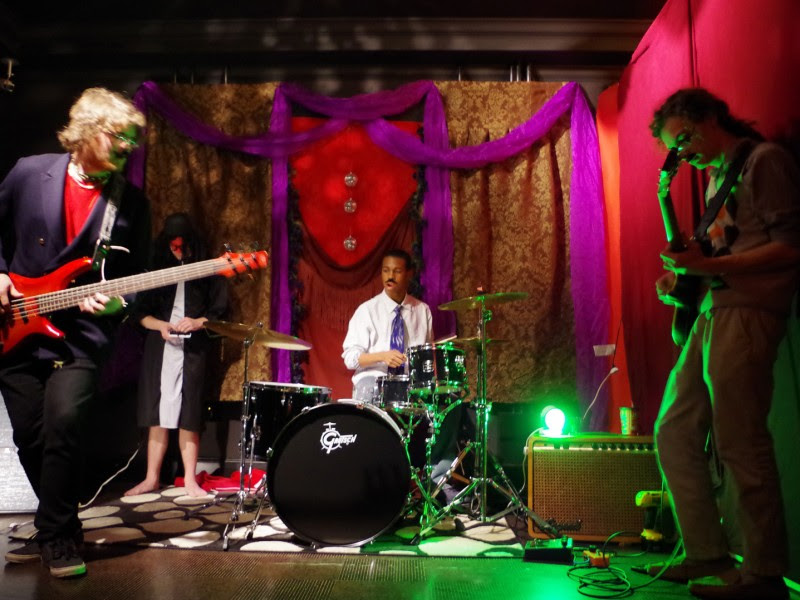 ROY G BIV Gallery will be partnering with the high school artist collective Project Pivot for the annual Community Partnership Exhibition. Their show, Secrets of the Cosmos, will run March 1-29, 2014. 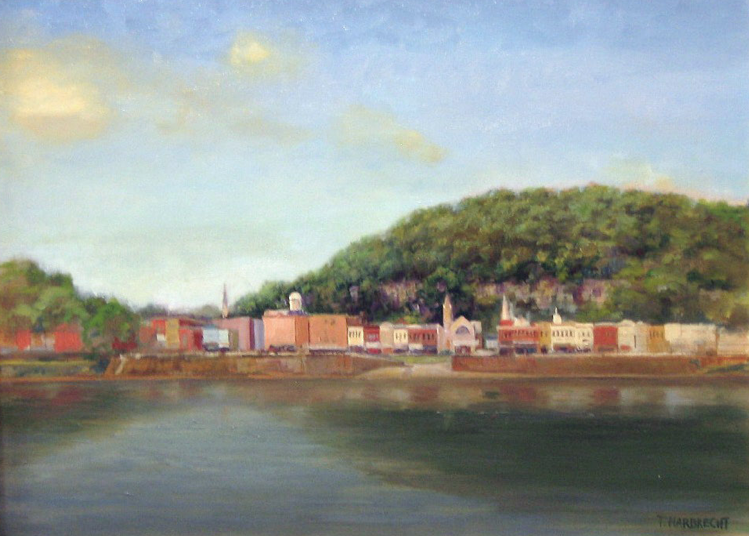 The next exhibition at Studios on High, titled “Water” You Waiting For?, is by landscape artist Tom Harbrecht and mixed media artist Carol Granger. This dual exhibition will be feature artworks with a water theme.

Whatever the season, water scenes calm the mind and soothe the soul. Visit Studios on High to view this water-themed show. “Water” you waiting for? 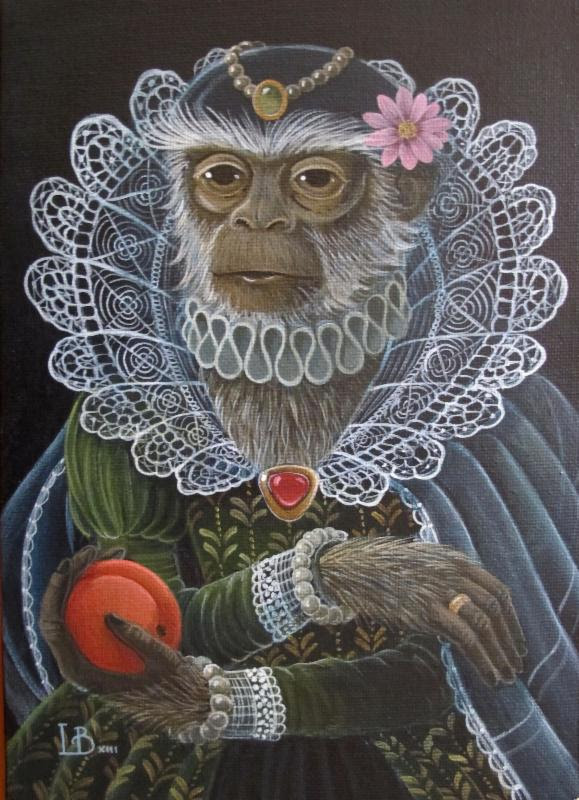 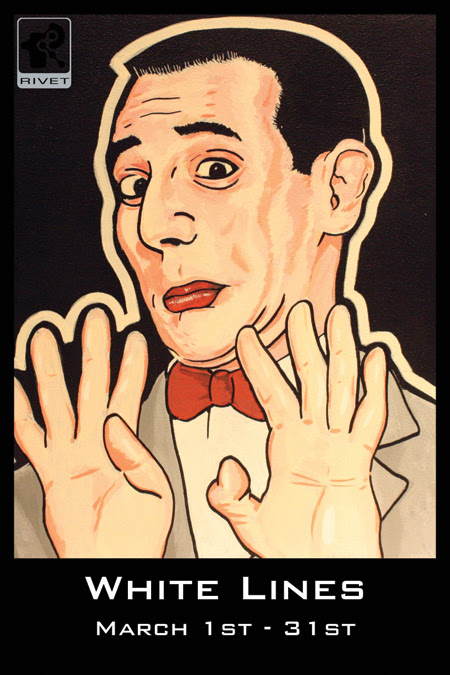 Opening reception is Saturday, March 1 from 7 to 10pm with artist in attendance and complimentary beverages provided by The Actual Brewing Company. 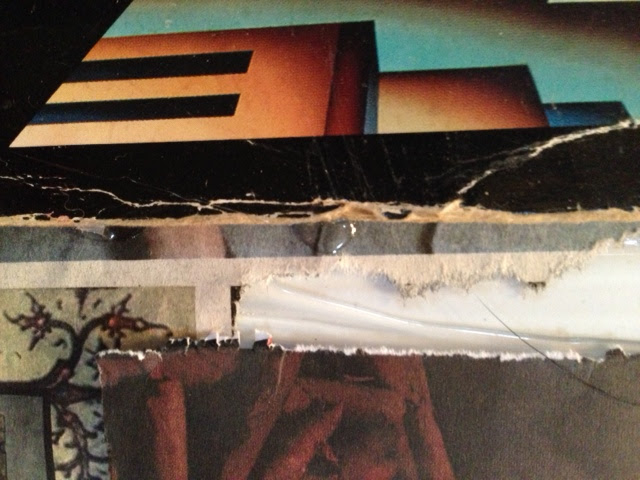 Guests are invited to experience the third installation of Crossroads, a three month long interactive exploration of chance meetings and change. 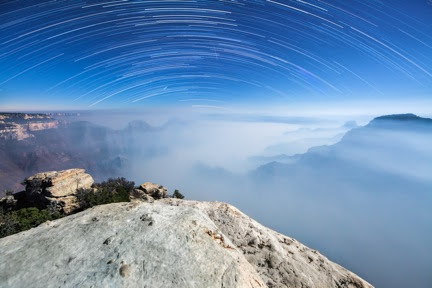 JOURNEY/DESTINATION with photographer Cameron MacPhail runs through March 29 at Marcia Evans Gallery. This fantastic exhibition follows the artist’s photographic journey of travels from coast to coast. A native of Columbus, Cameron currently resides in San Francisco where he graduated from the Academy of Art and is pursuing his career in Photography.

In addition to the traditional art galleries of the Short North, district boutiques, restaurants and retail shops celebrate art during March with special exhibits and events. Come see what’s happening. 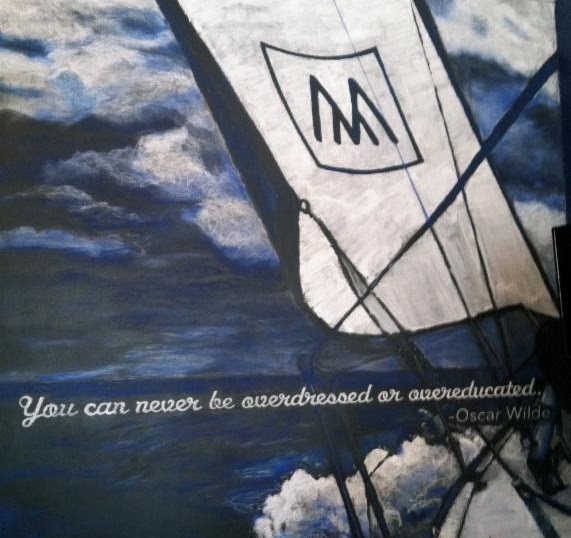 Stop by Mizzen+Main to see their original, local art displayed on their walls, including a chalk art creation that is 12′ high and 10′ wide. 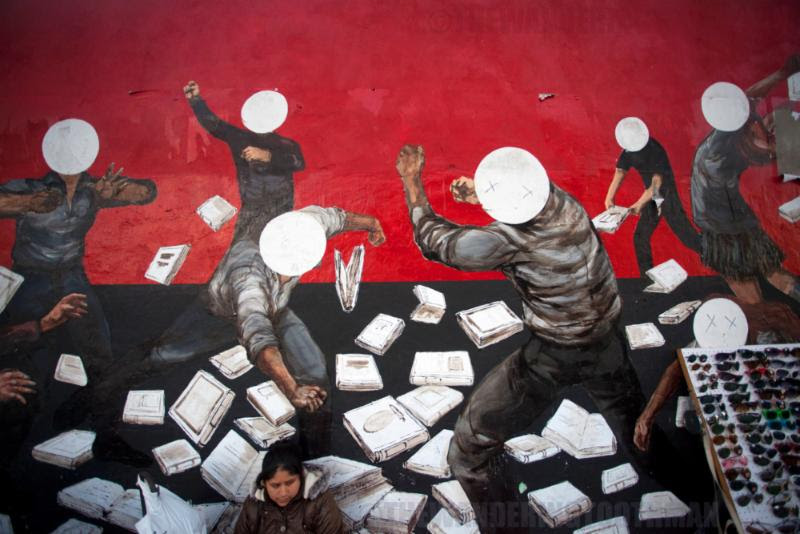 Artist Christopher Toothman will be exhibiting some of his framed photographs of street art and architecture from San Luis & Buenos Aires, Argentina.

The Garden, The Chamber, and The Joint 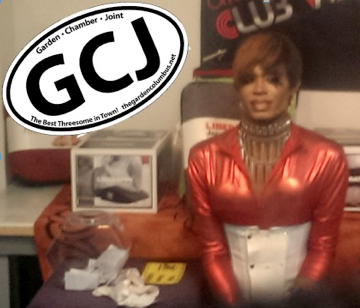 After Dark with GCJ

After Dark with GCJ (The Garden, The Chamber and The Joint) begins at 9pm and is hosted by Columbus’ Little Bad Girl Diamond Hunter. Raffle prize giveaways will happen from 9pm to midnight.

Special guests will be the artist of the month and representatives from adult novelty companies Synergy and NU. 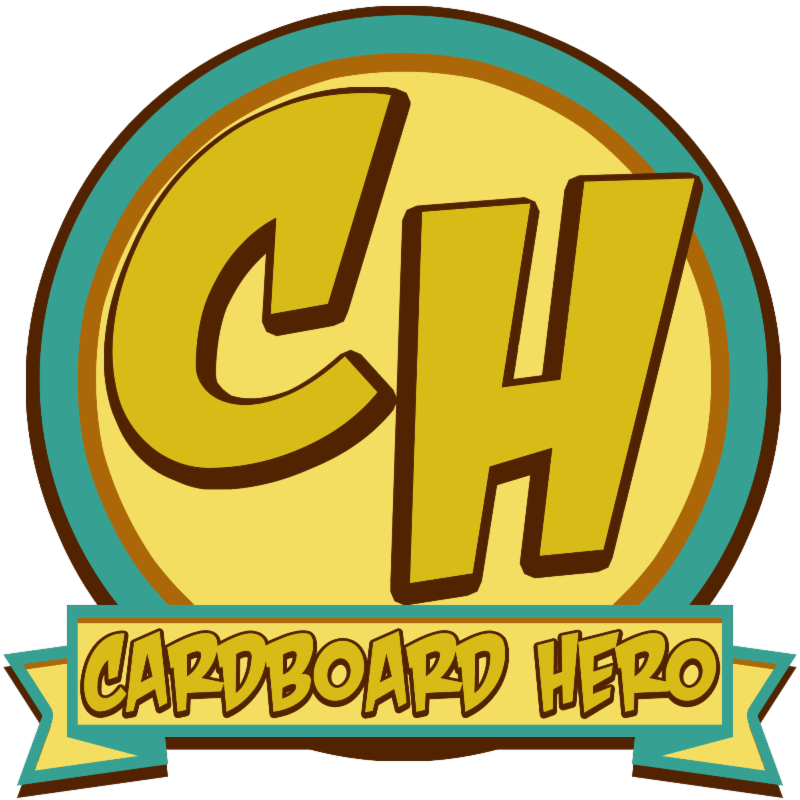 Copies will be available for purchase. Come try your hand at saving baby seals! 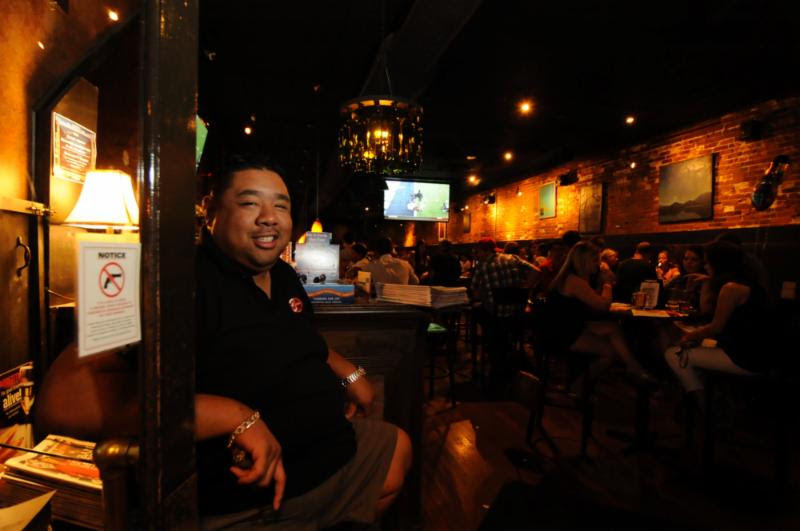 Stop by during Gallery Hop

Come inside from the cold weather and get warm with us at Bernard’s Tavern! Please visit their website for promotion and event details! 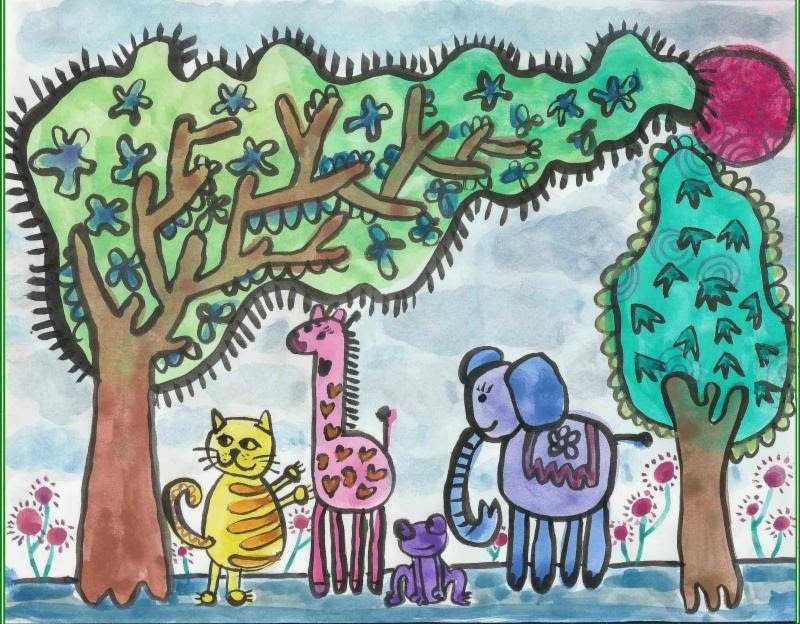 During March, Big Fun Columbus will have artwork from fourth and fifth grade students from Oakland elementary school. 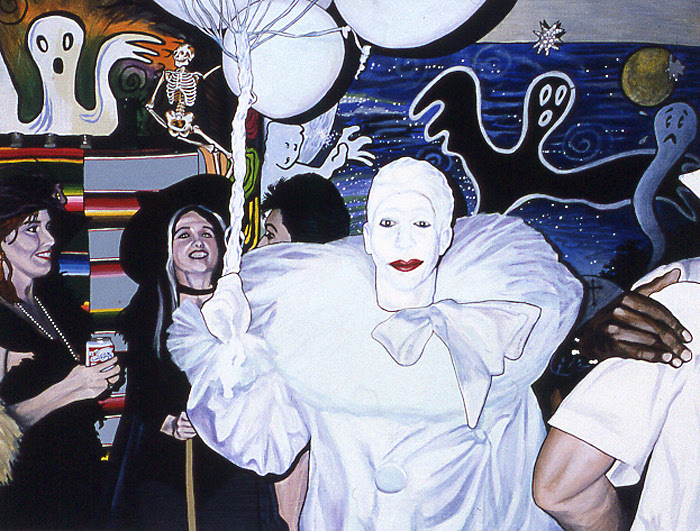 The Short North Alliance is pleased to have the opportunity to exhibit the artwork of Joey Terrill, the AIDS Healthcare Foundation Columbus Project Manager who plays a role in the operation of the Out of the Closet Thrift Store and AHF Pharmacy that have been established in the Short North.

A series of Joey Terrill’s paintings are currently on display in the Short North Alliance office, located at 21 E. 5th Avenue. 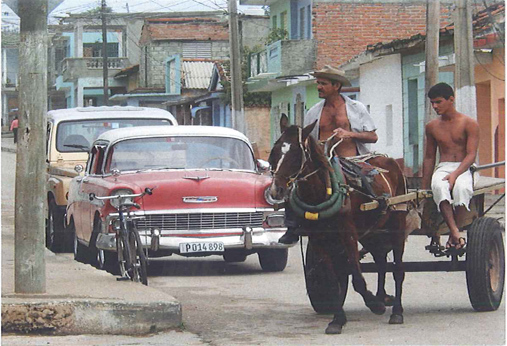 Cuba Libre: Exhibition of Art and Life under the Castros

Curated by Columbus native Michael Reese, the Hilton Columbus Downtown will be featuring Cuba Libre from February 24 through March 13, which offers a unique look into Cuban life from 1960 to 2014.

The exhibition can be found on the High Street level of the Hilton, located at 401 N High Street.