The 10 x 10 x 10 project: 10 Murals, 10 Galleries, and 10 Openings, has made its mark in the Short North Arts District. The collaborative project allows visitors to the Short North to view artwork from various High Street galleries. The murals have been the buzz of the district since their premier this summer. Brandt-Roberts Galleries is one of the ten galleries participating in the public art exhibit.  The gallery recently celebrated their two-year anniversary last month, but between owners Michelle Brandt and Bryan Roberts, the gallery has 30 years of experience in the field of fine art.  Their choice for the mural “Blueberries for Black” by artist Jason Morgan showcases their talent, trained eye and years of experience as gallery proprietors. 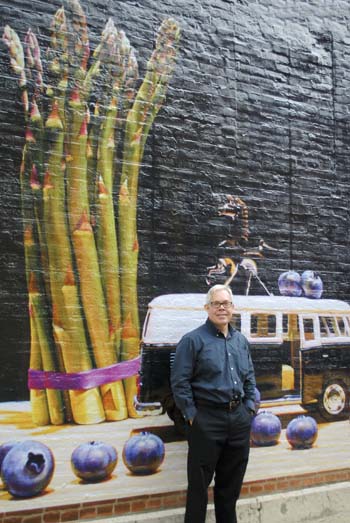 Jason Morgan is an established and accomplished portrait artist who has made his mark on the community within the past decade. Morgan moved to Ohio with his family in 2005 and has spent the last twelve years painting professionally.  Morgan incorporates chiaroscuro, the contrast of light and dark areas, into a lot of his work. He uses the play of light on objects, which is truly striking.

His paintings strive to capture the viewers’ attention by juxtaposing objects that are out of the box and this is exactly what he does in “Blueberries for Black.”  What appeals most to Bryan Roberts (pictured left) about Morgan’s work is simple “when you look at one of his paintings, you know it’s one of his paintings” the owner said, “his work is very distinctive and that’s very hard, given how much art has been done over the years.” Morgan is very capable of creating a signature style.  Both Brandt and Roberts, who describes this piece as “one of Jason’s best works,” chose to display it because of it’s great appeal to the eye. 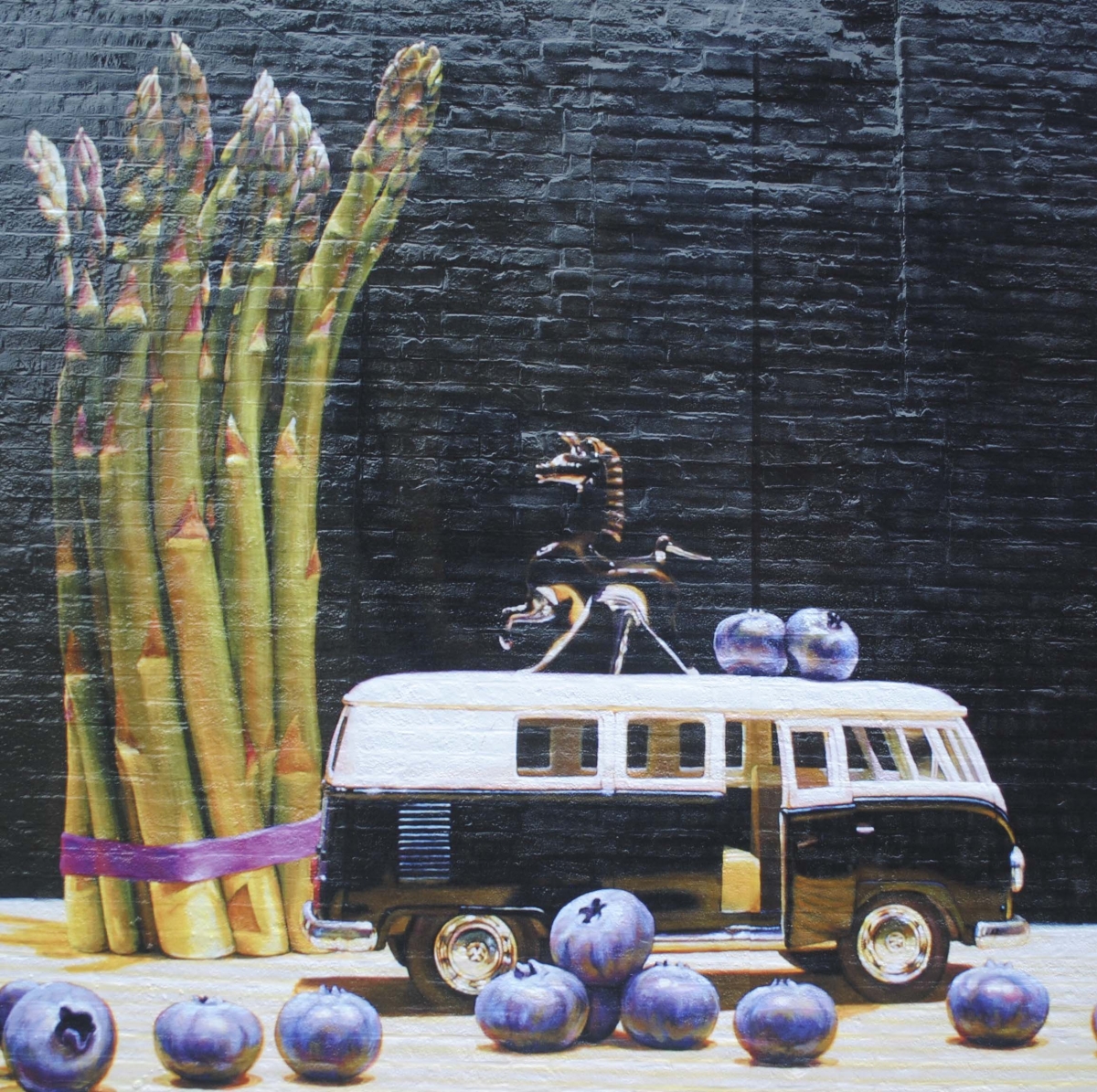 When it came to choosing a location for the mural, the corner of High and Russell, across from Brandt-Roberts Galleries was a perfect choice. The location has a great convenience to allow visitors to view the mural outside, and then walk across the street to the gallery to see more of Morgan’s work. “It is also a great spot due to the amount of foot traffic that comes from the Convention Center and hotels,” said Roberts.  Roberts is elated to take part in this collaborative project; “it was a thrilling opportunity to have Morgan’s artwork right by the gallery.“