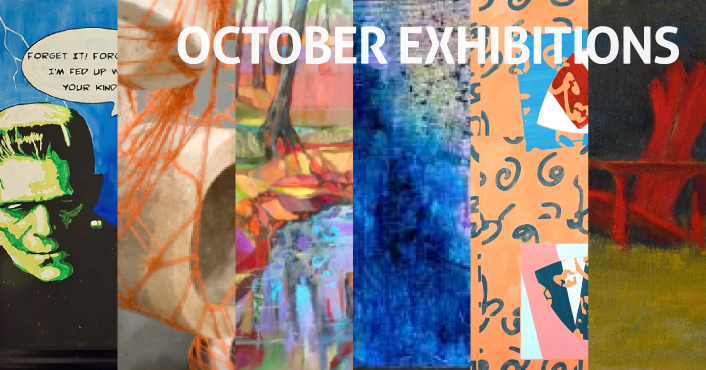 Following the exciting 30-year anniversary celebration of Gallery Hop, the October 2014 gallery exhibitions continue the rich tradition and history of the district’s most beloved event. Bundle up and enjoy a fall stroll through the Short North to check out the latest happenings. Looking for an easy way to get down to the Short North? Check out the Parking 101 page, which includes information about alternative modes of transit including COTA, Uber, Lyft, car2go, and more. 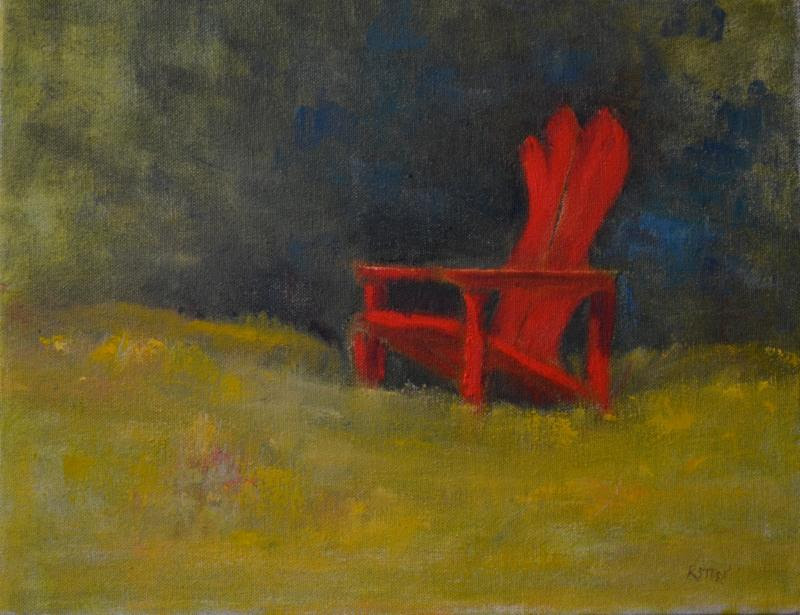 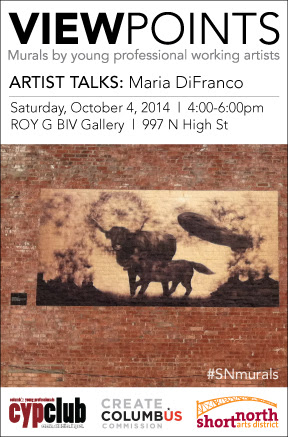 The Short North Alliance is featuring free docent-led tours of the Viewpoints Mural Series on Saturday, October 11 at 4pm. The tour will feature the southernmost part of the District and will start at Koi Garden by Beth Himsworth at 765 N High St.

The tour is expected to be an hour long. 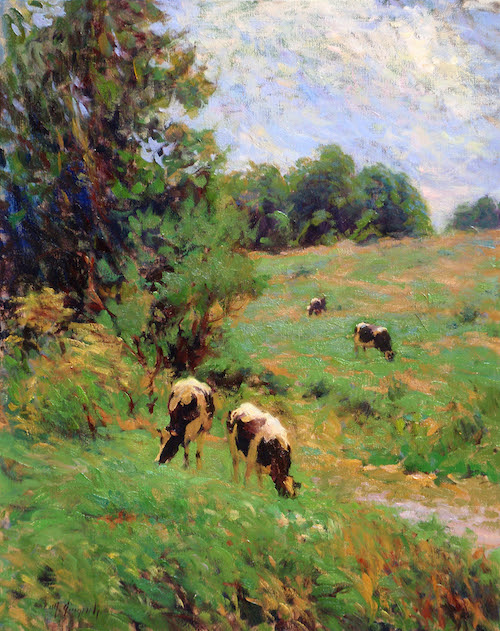 During the month of October, Brandt-Roberts Galleries presents Atmosphere and Light: New Works by Mark Gingerich. In this new body of work, Gingerich continues the pursuit of achieving a truthful representation of the real world on canvas as well as an emphasis on natural light and color.

This exhibit will run from October 3 through October 31. 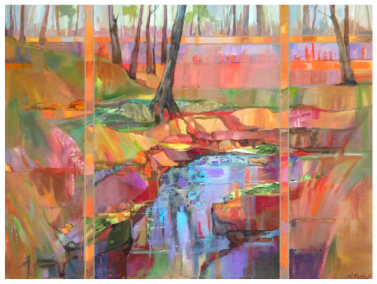 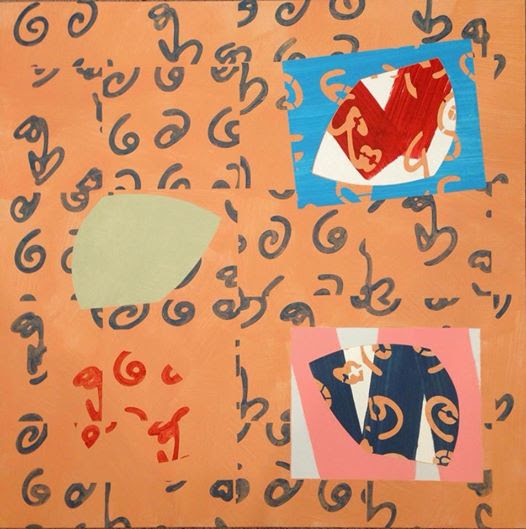 During the month of October, Sean Christopher Gallery Ohio is featuring art from Chris Taylor. The exhibit will continue through October 25. 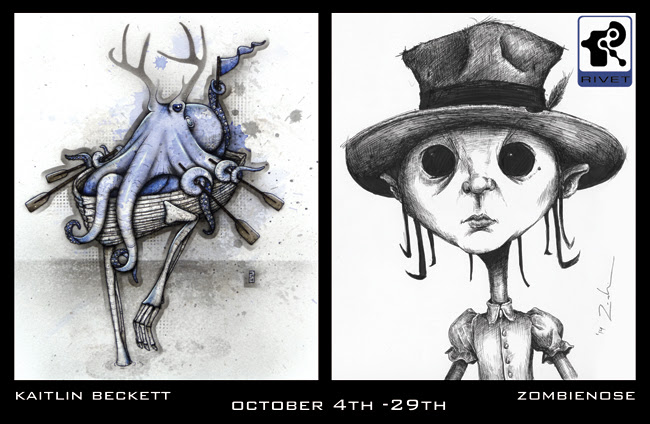 For Gallery Hop, Rivet will be featuring Kaitlin Beckett and Zombienose from October 4 through October 29. This exhibition will encompass both 2D and 3D work from both artists. 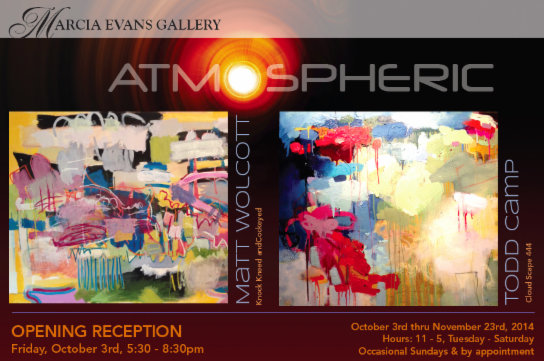 Todd Camp graduated with a BFA from CCAD and is celebrating nearly 30 years as an artist, juror, educator, lecturer, curator, and currently serves as the Assistant Director at the Cultural Arts Center. His current paintings are about the relationship between sky and color, tantalizing the senses.

Matt Wolcott received his BFA from The Ohio State University and has been working as a visual artist in Ohio, currently living in Maumee. His strong sense of design and color makes his vibrant abstracts jump off the canvas with artistic motion and rhythm. He works mainly in oil on canvas but also does think oil paintings on paper. 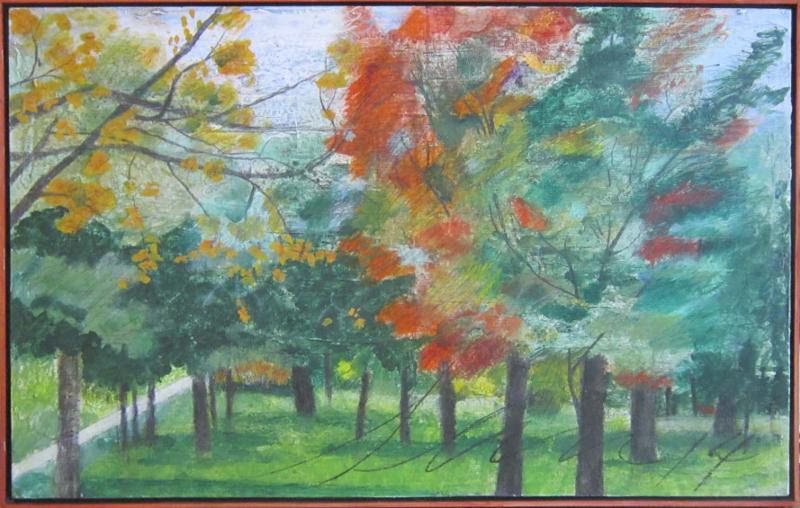 For the months of October and November, pm gallery will be showing Autumn Leaves (And Returns Again). This exhibit includes new landscapes and abstract paintings by Michael G. Secrest. Michael is a graduate of The Ohio State University in Fine Arts and a co-owner of pm gallery. His work is heavily influenced by the transitional season of autumn. The color palette of reds and oranges is saturated and ephemeral. He is also influenced by the saturated tropical palette of Florida, which is more unchanging but sometimes harsh and brutal. See the show through November 25. 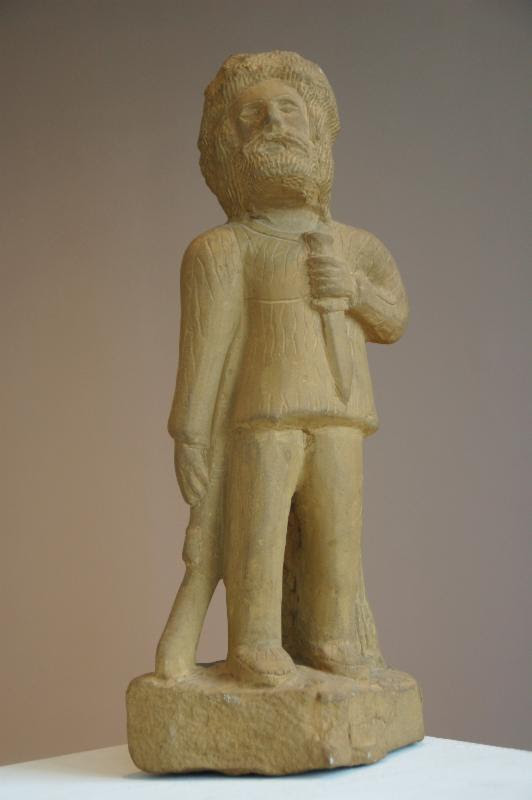 For the month of October, Lindsay Gallery is featuring a group show of Ohio artists from yesterday and today. Featuring William Hawkins, Elijah Pierce, Popeye Reed, Ashley Pierce, Morris Jackson, and many more. 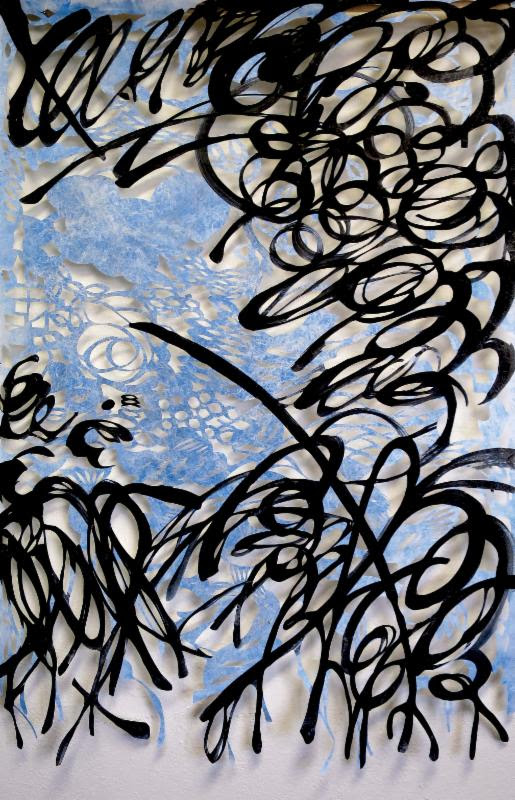 Sherrie Gallerie will be featuring Textured Edge by Leah Wong through October 5.

Drawing and traditional Chinese paper-cuts have merged organically in Leah’s contemporary art-making. The lines of drawing and cutting communicate naturally into one form in her work. The combination of drawing and cutting induces a sense of movement and energy. She explores the elements of volume, void, the gestures of hand on paper, light and shadow to transform and create new visual possibilities. The open-ended activity creates a conversation between lines and space.

New drawings are on display by artist and cartoonist Paul Palnik. The exhibition will be on display through October 31. 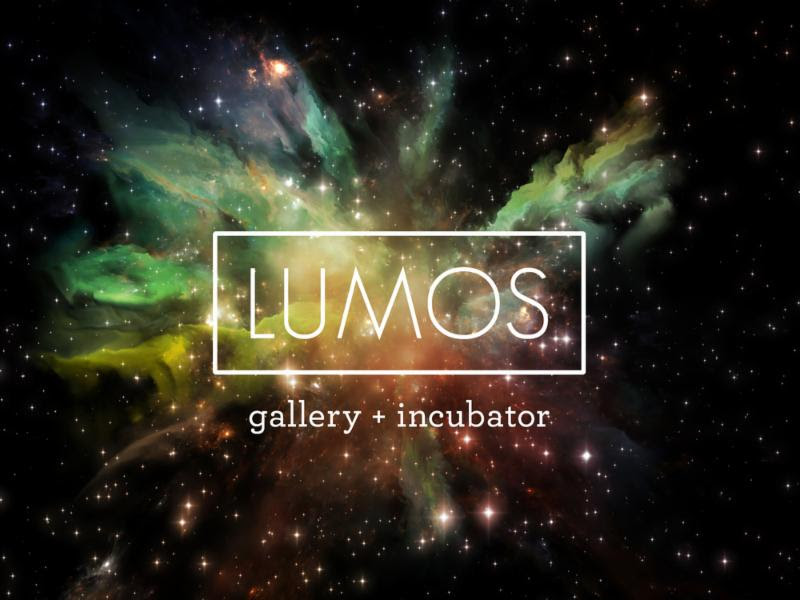 Be sure to check out their website for more information.

In addition to the traditional art galleries of the Short North, district boutiques, restaurants and retail shops celebrate art during the month of October with special exhibits. Come see what’s happening… 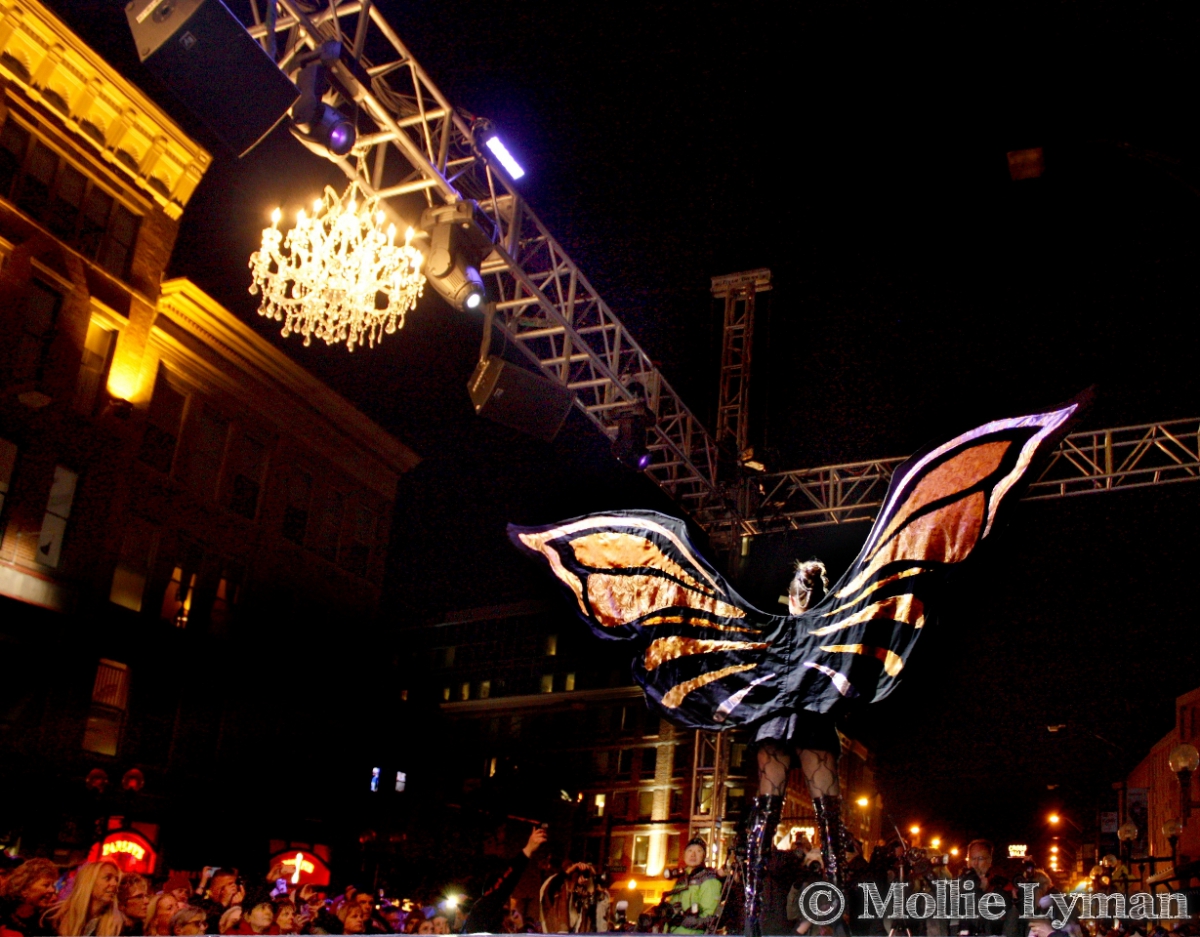 HighBall Headquarters (HBHQ) is at the corner of W 4th and N High St during the month of October. The space has sneak peeks of what our Costume Couture Fashion Show designers have in store for HighBall this year. Make sure to stop by to get your HighBall tickets and costumes.

The in-store featured artist for October is local designer and illustrator Brook Albrecht. 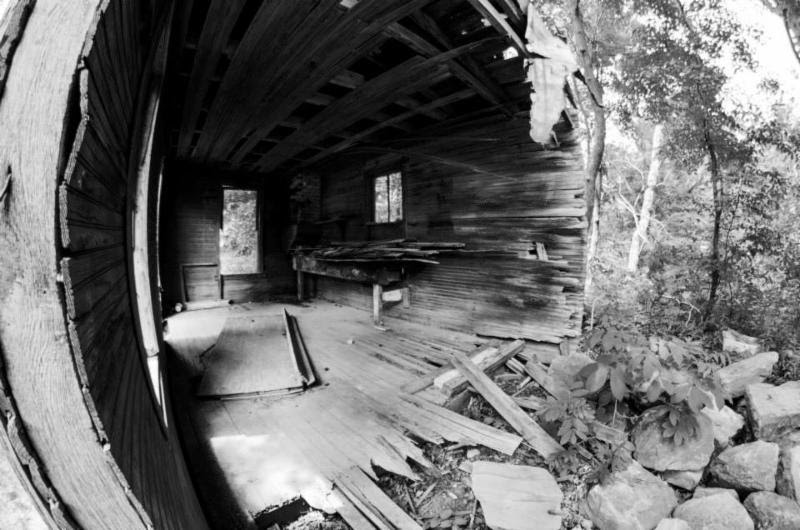 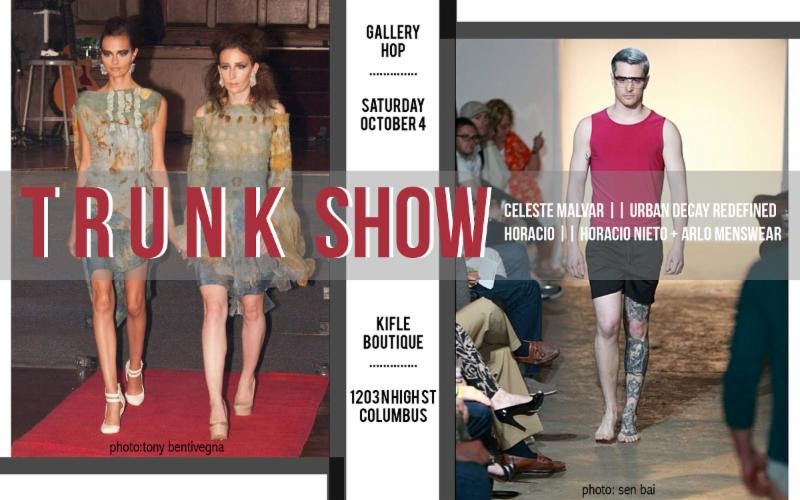 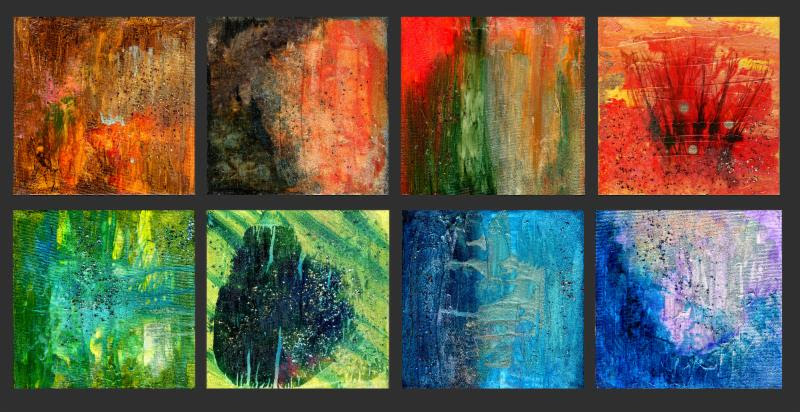 The Death of Glitter

For the month of October, local artist Peggy Mintun returns to Stone Village Church with a new exhibit. In addition to glitter and art, a delicious array of appetizers, desserts, and wines will be on hand. The Death of Glitter will be on exhibit at Stone Village through Sunday, October 26. 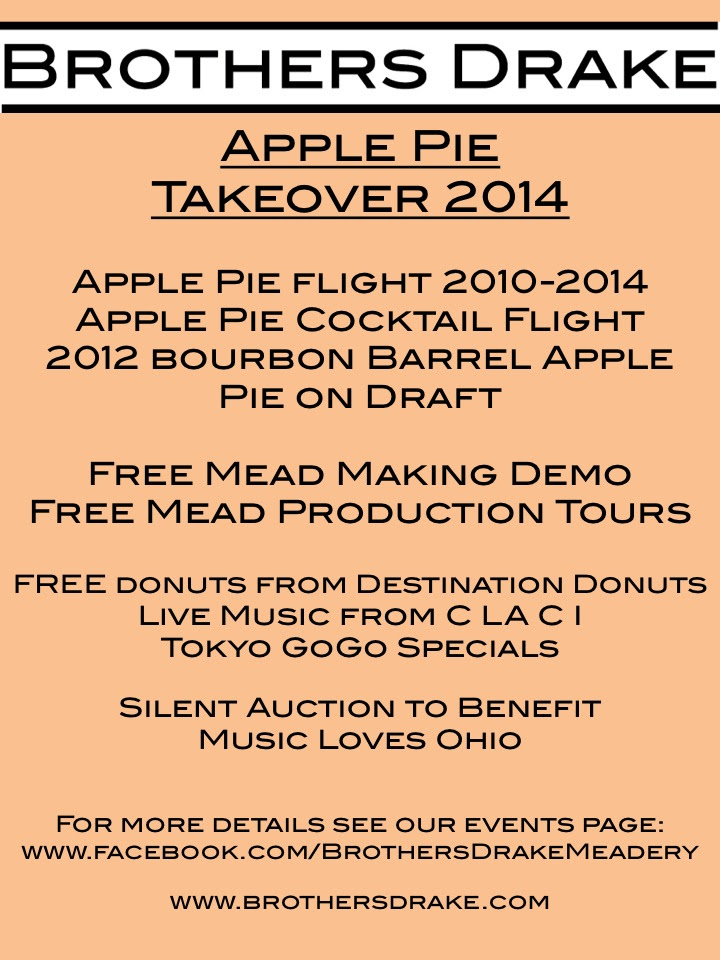 Brothers Drake Meadery is featuring artist Nikolaos Hulme. The Resin Series is a display of stylized watercolors, to which Nikolaos believes the viewer will be able to relate. 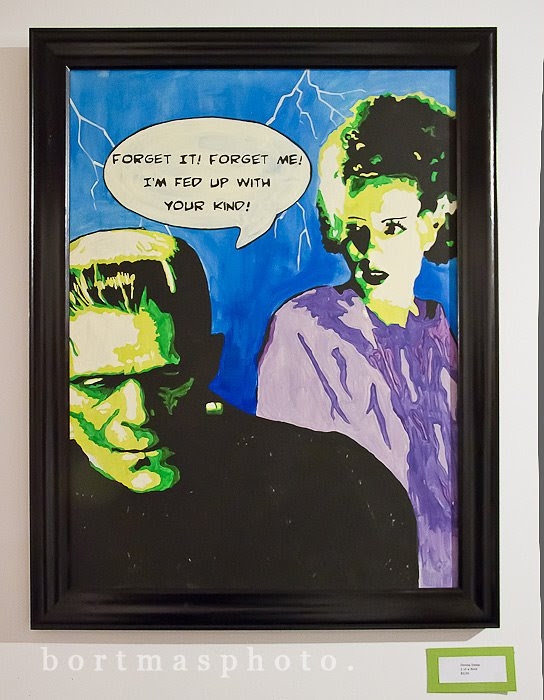 For the month of October, Big Fun will feature Donna Estep, a wonderfully prolific painter. Donna will have many Halloween-oriented, monster-themed paintings on display. 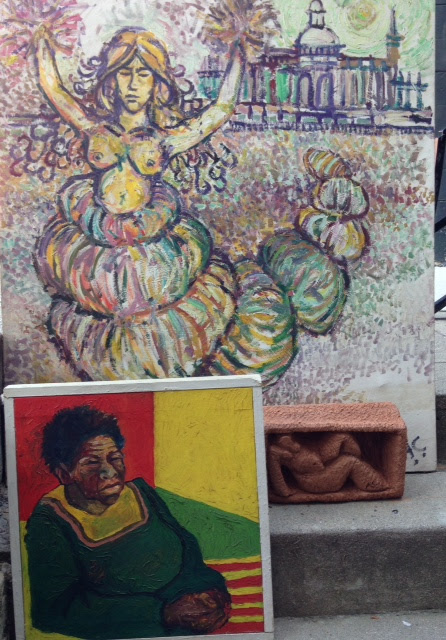 Allen Carter, James Valentine, and 35 years in the Short North

Also on display and for purchase will be a post World War II collection of Occupied Japan photographs by local photographer James Valentine (1932-2014), who mentored Carter while he attended CCAD in the 1970s.