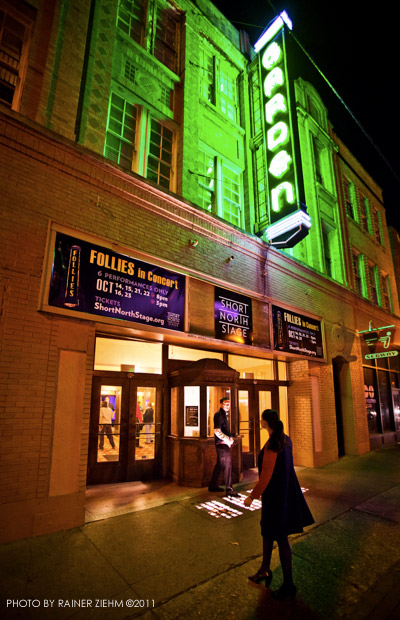 2011 ended with a bang here in the Short North Arts District. “Tis the Season for Giving” seemed to be the theme in and around the community. One such influx of generosity was given to the theatre group Short North Stage: the new kid on the block who made a big splash to the arts community in the year that was.

Short North Stage theatre group took ownership of the historic Garden Theater on the north end of the District in early summer 2011. Since then, they have been dedicated to bringing first-class professional theater, emphasizing musicals, to the Arts District.

“Historic” the theater was; ready for an audience it was not. The theater itself needed a great deal of work and improvements before it would be ready to host any kind of performances. Since day one, Short North Stage has had an outpouring of community support.  From volunteers helping to haul out old storage items, to the most recent Secret Santa initiative, it is clear this community wants Short North Stage to succeed and 2012 looks to be a very successful year because of their support.

The Short North Business Association was one such organization that dedicated their fundraising efforts to the theater group this holiday season. For the months leading up to Christmas, twenty businesses adopted a small tree, donated by ZenGenius Visual Merchants, decorated each with their own brand (think gift cards, products, miniature pieces of art, and even money!) and auctioned these of to the public.  The holiday tree auction brought in over $1,000 in donations! 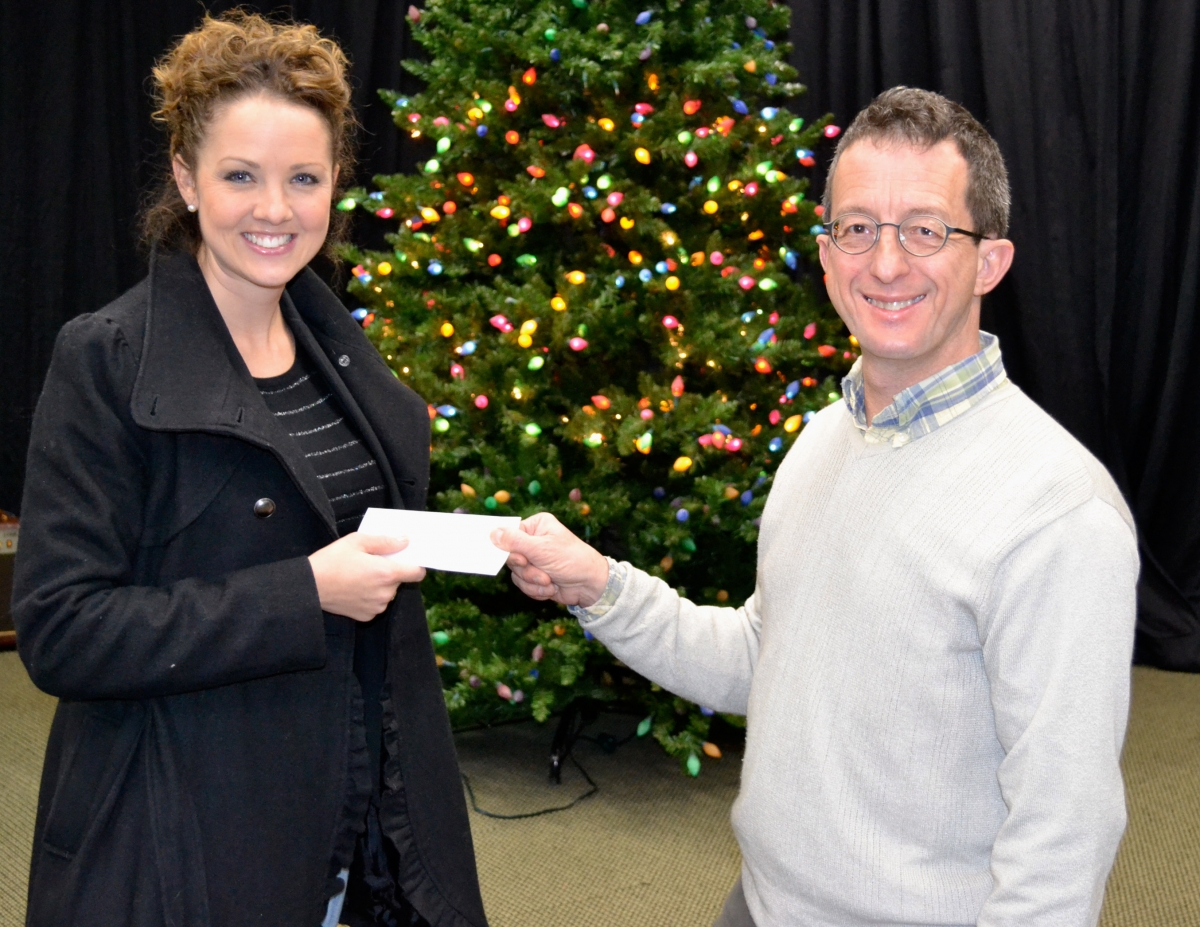 Just before the holidays a “Secret Santa” gave the Short North Stage one of the greatest gifts. This generous person(s) were inspired by The BIG GIVE project by the Columbus Foundation, so this Secret Santa pledged to match donations up to $25,000 to the organization for the month of December. The donations came in immediately: anywhere from individual pocket change donations at their recent shows to $20 to a few donors that gave up to $5,000, the Short North Stage.  It all added up and came out with a whopping $23,636 just before the ball dropped to ring in the New Year. 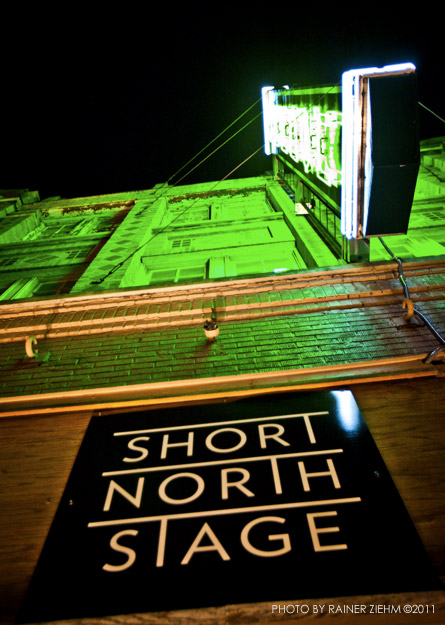 When asked ‘what would you say about the Secret Santa’, Peter Yokel, Short North Stage Board President said with a huge smile on his face, “OH MY GOSH! WOW! Theatre is a very big part of the Secret Santa’s family history so this offer was very much in line with their values.  They are truly wonderful.” Short North Stage now has $47,272 to use in the growth of their organization for 2012.

Short North Stage is honoring what they are calling their Founders Circle. “The founders circle is really to memorialize those who took a chance on us, who took a chance on bringing theater back to Columbus,” said Yockel.  Donors can “buy a year” from 1812-2012 (in tribute to the 200th Birthday of the city of Columbus) for $1000 and will not only be giving the gift of live musical theater to Columbus, they will also be forever memorialized on a plaque in the Garden Theater. The Short North Business Association is honored to be the first organization to be a part of the Founders Circle. 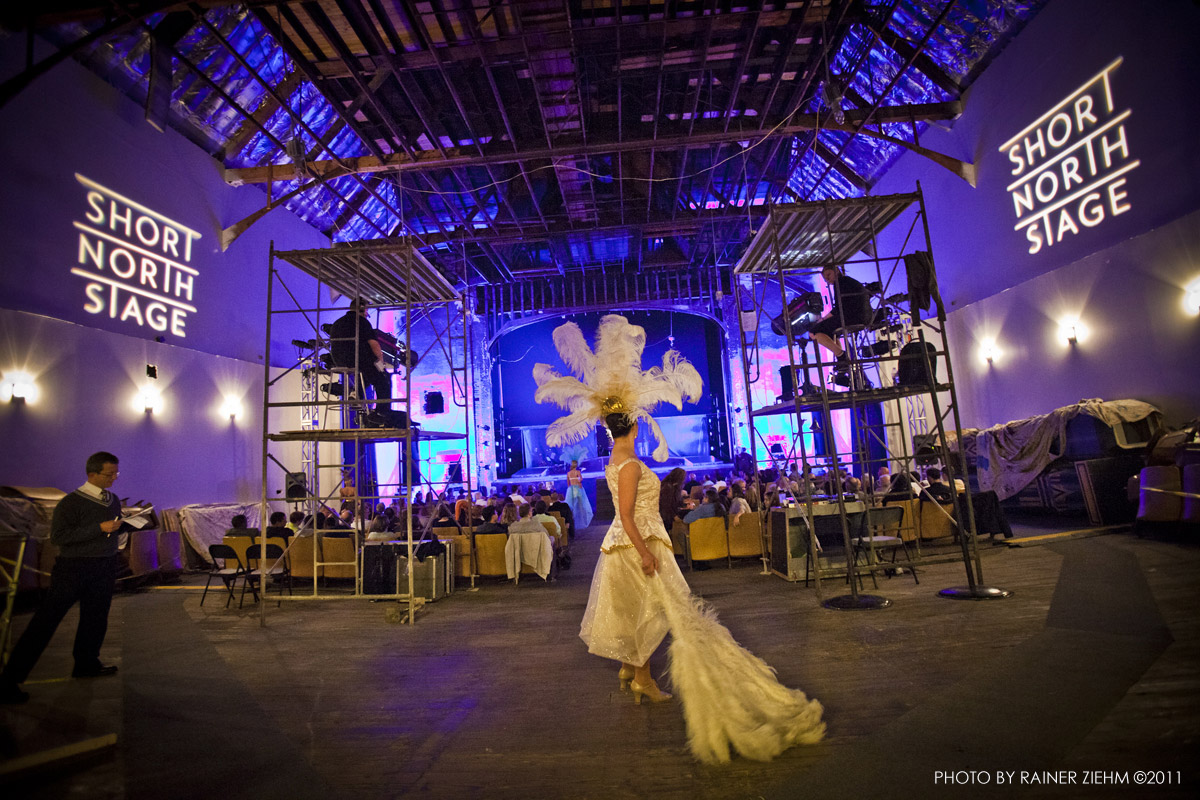 With all the fundraising contributions, the organization has exciting plans for how they will be using the money. Initial planning includes capital updates to the “green room.”  The Green Room is a second stage that will be used for small performances including the upcoming Marvelous Wonderettes which is a female performance group specializing in music from the 50s and 60s as well as the play The Irish Curse, a humorous tale about Brooklyn born Irishmen dealing with their issues in group therapy sessions in the basement of a Catholic Church.

Be on the look out for all the new and exciting happenings with Short North Stage at www.shortnorthstage.com