It’s hard to grasp what exactly Jordan Tate is adding to the art world, but it’s undoubtedly something incredible. Offering a dramatic contrast to the stark white of the walls, his photography exhibits toy at bending the line between art exhibit and science experiment. An Ohio native, though showing all over the nation, Tate will be at the Columbus Museum of Art this Thursday, February 19 to discuss his work and his process. While many locals know him as the artist behind the mural at High St. and Third, New Work #169, Tate’s artistic range is much wider.

New Work #169, like many of his pieces, focuses on bringing out the differences and contrasting the similarities between traditional mediums and those that are more modern. Posing athletically on their marble plinths, the Grecian figures seem to be just what they would seem, until a second glance reveals the pieces are actually pigment prints, printed on large rollers of white paper. Tate’s New Work exhibition follows this line of thought throughout, unexpectedly bringing elements of modern technology and image making into the conversation. Questioning what is and isn’t an appropriate or artful subject for photographing, Tate’s work is highlighted by highly visible elements of the editing process. Color scales and Photoshop tools remain in their places alongside their subjects and close up images of rock grain and crystalline structure dot the exhibit. Furthering the ideas in New Work, Tate’s SUPERBLACK series takes his appreciation of scientific process to a much higher level.

Taking a research team at the University of Cincinnati nearly two years to complete, SUPERBLACK is a new development in both the art and scientific communities. Exploring concepts of fullness and emptiness, the void, and black and white, SUPERBLACK is a tactile object that absorbs nearly all forms of electromagnetic radiation, including visible and infrared light. Tate uses photography to explore intersections of science, art and technology and challenge what shouldn’t be thought of as subjects for artistic exploration.

Offering an amazing oppurtunity to hear from an active artist with a well known presence throughout the nation, this month’s Viewpoints talk will feature discussion about subject and medium, the future trajectory of photography and visual arts, and much more.

See it at the Columbus Museum of Art on Thursday, February 19 at 6:00pm. You must RSVP to attend this free event. Click here to register. 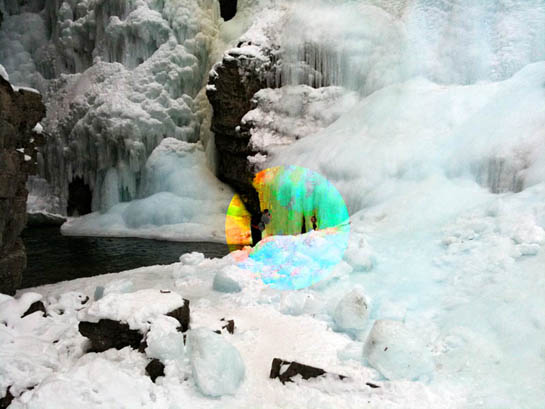