Since the sixth grade, Joe Lombardo has been an artist. “I started drawing almost every day,” Lombardo said. “It just always has been with me."

The Northern Ohio native and current Columbus resident has come a long way since the sixth grade. While receiving his Bachelor of Fine Arts from Columbus College of Art and Design, he was introduced to Art Access Gallery owners Barb Unverferth and Gail Burkart by his teacher and mentor, acclaimed artist Michael McEwan.

“I would go and visit Barb and Gail about every other month with my new work and would go to all their openings. We built a good relationship and they offered to show my work when I was a senior,” Lombardo said. He’s been represented by Art Access since 2006.

Lombardo then attended Bowling Green State University, where he began a series of parking lot paintings for his Master of Fine Arts thesis. “In 2007, when gas started to be a crisis and prices were going really high for oil, I was looking around at the landscape, trying to find something that could sustain me,” Lombardo said. “In Bowling Green there are these huge overflow parking lots. The cars don’t move a lot because the students don’t need their cars all the time, so I would go and set up in the parking lots and and paint the parking lots.

It was winter when Lombardo started the parking lot series, “so I was looking for color in the landscape,” he said. “I just kind of started to paint, not sure where it was going to take me, but at the same time, it became sort of an oil crisis, and so it became much more relevant. I continued from there and made over a hundred parking lot paintings.” 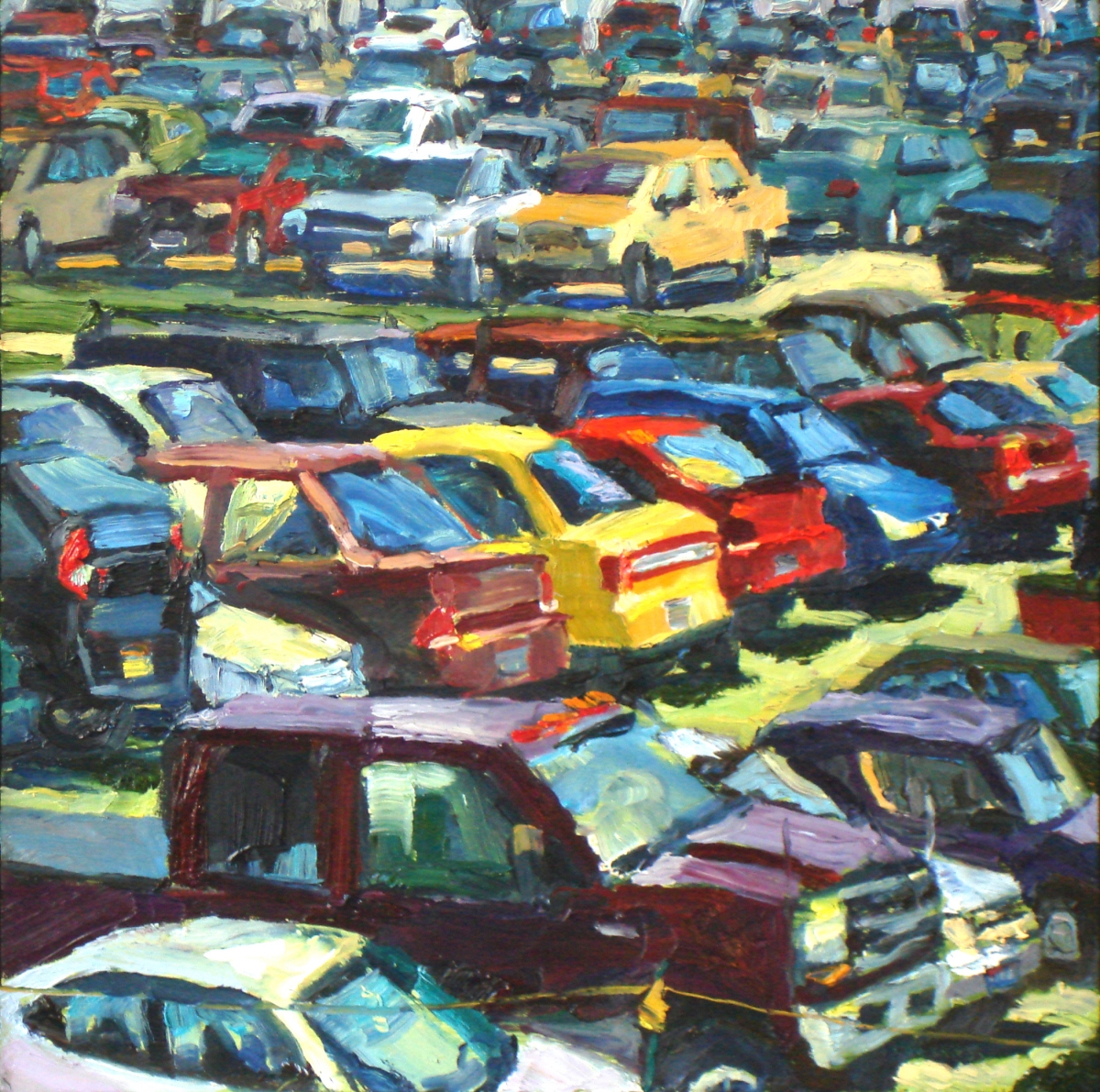 Since graduating from Bowling Green, Lombardo’s success continued in Columbus. Among his accomplishments, he is currently an adjunct professor at CCAD, has work in the permanent collections of the Hilton Downtown and the Ohio State Supreme Court, and has a piece from his parking lot series, Lot Primaries, featured in the 2014 Short North Temporary Mural Series, Viewpoints.

“I have a variety of subject matter that I paint, mostly landscape, but I do traditional rural landscape, urban landscape, and then I have these parking lot landscapes,” Lombardo said. “Out of the work that I’ve produced, we were looking for something that would have good pop and stand out against buildings. We thought the urban scenes may blend in too much into the city, but the cars have lots of color.”

From 4pm to 6pm on Saturday, April 5, 2014, Art Access will host Lombardo as he discusses Lot Primaries, his relationship with Art Access, and his career as an artist and teacher at CCAD as part of the Viewpoints Artist Talk series. The talk, which is in partnership with Columbus Young Professionals (CYP) Club, is open to the public. The Lot Primaries mural is located at 459 N High Street.