With dozens of galleries and non-traditional exhibit spaces, Gallery Hop is Columbus’ favorite night of the month to celebrate art. In addition to street performers, artisan vendors, and special events, this month’s Gallery Hop will celebrate the opening of Pinot’s Palette, a brand new paint and sip studio. Gallery hoppers can also attend new exhibitions at Brandt-Roberts Galleries, Marcia Evans Gallery, Sean Christopher Gallery Ohio, and Sharon Weiss Gallery, as well as an artist demo at Found by Sharon Weiss Gallery. Hop til you drop this Saturday, February 1 and check out the amazing new artwork exhibiting at galleries and businesses all month long. 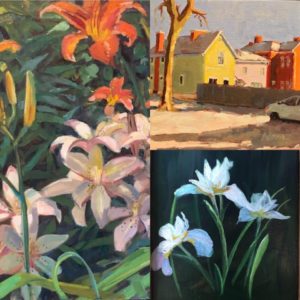 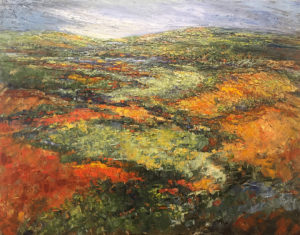 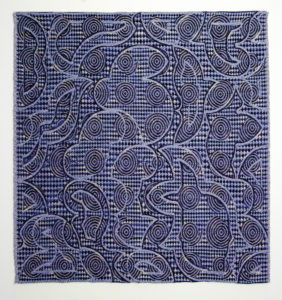 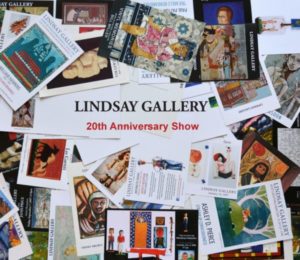 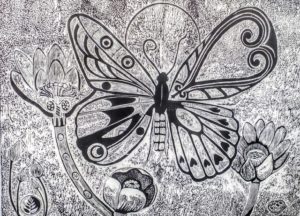 Marcia Evans Gallery
Carved Woodcut Prints by Ohio artist Jennifer Lynn Cross will be on display at Marcia Evans Gallery during the February Gallery Hop. Cross draws from a variety of techniques for her art — Eastern hand paper-making, Western pulp painting, Persian marbling, and Japanese woodblock printmaking — as she explores relationships through nature, waterlilies, lotus flowers, and trees. The OSU alumna has had art exhibited not only throughout Ohio, but in Los Angeles, Italy, and Australia, and has been a core member of Phoenix Rising Printmaking Cooperative since 2010. This show will be on display through February 29.

(Not) Sheep Gallery
Gallery Hoppers can view a new exhibition featuring guest artists Chas Ray Krider and Glenn Doll, plus new works by gallery artists Saré, Paul Richmond, Chay Ruby, and more. The exhibition will deal with love of all kinds (friendship, LGBT relationships, familial love, etc.), allowing artists to share their own stories about the ups and downs of love. Five percent of all sales will be donated to Planned Parenthood. These works will be on display through February 29. 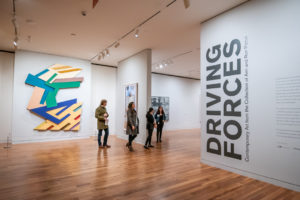 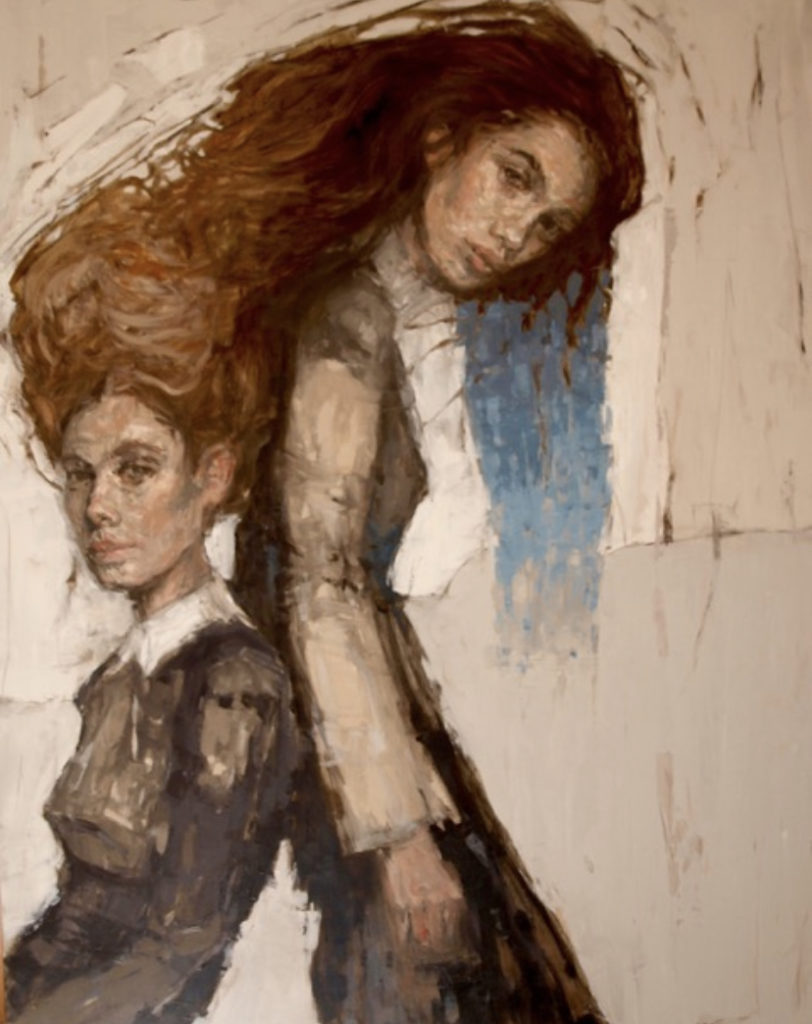 Sarah Gormley Gallery
Wildflower, a solo exhibit by Melodie Thompson, is inspired by the following quote from Angela Choi: “By definition, a wildflower is a flower that grows freely, resiliently, and beautifully. Wildflowers find themselves growing anywhere. They grow in the most unlikely of places, even in the darkest of night. They find any cracks and crevices that will allow them to sprout up, and they do just that. They grow despite everyone’s belief that they never would. They allow the rain to heal them, not drench them.” Thompson’s works influenced by this concept will be on display through February 27. 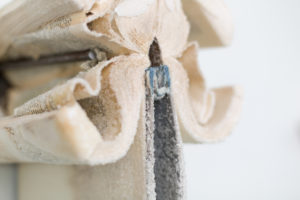 The Gallery Hop Opening Reception will take place from 6:00pm to 10:00pm, with an awards presentation at 8:00pm. Young Hearts 9 will be on display through February 29. 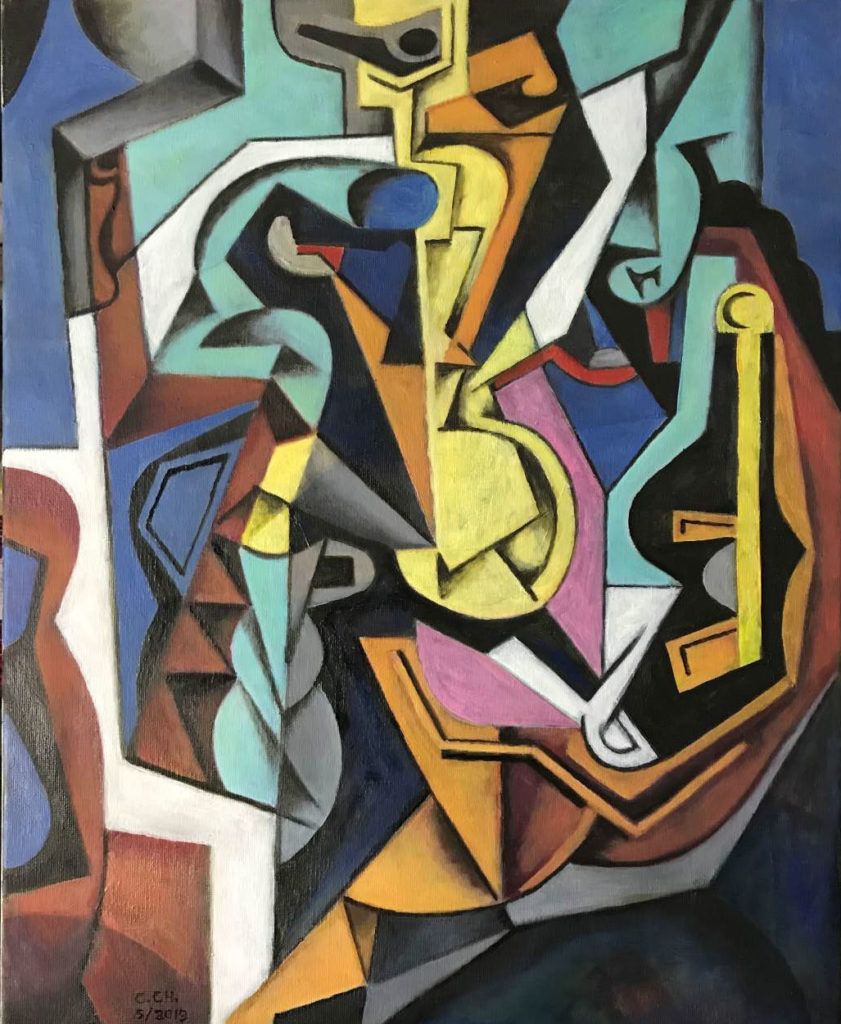 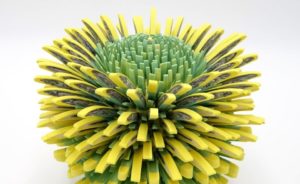 Sherrie Gallerie
Sherrie Gallerie will feature works by Israeli artist Zemer Peled, who creates forcible, nature-inspired sculptures and installations constructed using thousands of porcelain shards — a technique that yields a texture both delicate and severe. The act of making for Peled is a feat of endurance, improvisation, and adaptation with the aim to embody a fleeting but fundamental feeling of mystery. The construction of her sculpture parallels negotiations any outsider makes in encountering a new world as they delicately construct a self that is both adaptable and resilient. Her work examines the beauty and brutality of the natural world. This exhibit will be on display through March 8. 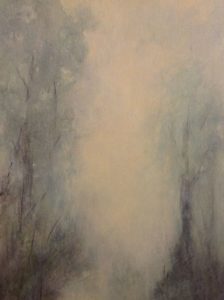 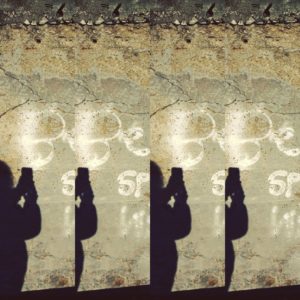 Glean
Glean will feature works by Trish Kronk. Kronk’s photographs and paintings reflect and honor that which remains in industrial and urban settings. Time and nature wear, change, and replace that which was before. A new thing stands in its place, worn but still standing. Trish holds a Bachelor of Fine Arts degree from Ohio University and has shown her work extensively throughout Ohio, with viewers often remarking that they begin looking at their surroundings in a new way after seeing her work. Kronk’s works will be on display until February 29. 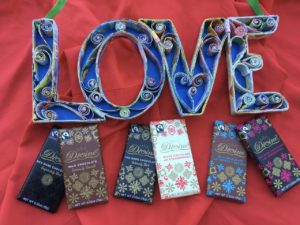 Global Gifts
Global Gifts is celebrating love the ethical, fair trade way in February! Gallery Hoppers can enjoy sweet treats and fair trade coffee samples, shop unique handmade goods that any sweetheart will love, and sign up for the chance to win a recycled paper “LOVE” plaque and chocolate sampler! 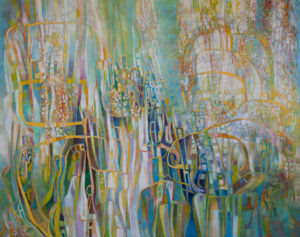 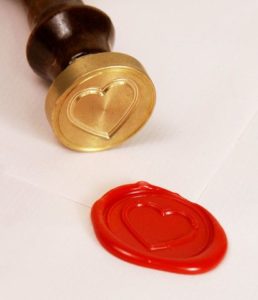 On Paper
On Paper will be hosting an all-day free wax sealing event: purchase a Valentine’s Day card, write a loved one a message, and learn the art of wax sealing. Paper hearts with sweet sayings will also be available to make a DIY Valentine’s Day garland. 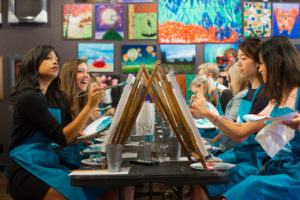 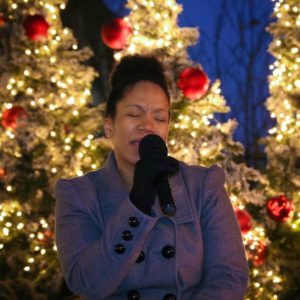