The Short North Alliance and 10 partner galleries and art institutions present the seventh rendition of the highly popular Short North Mural Series titled One World, which showcases the diversity of global artists and their experiences. 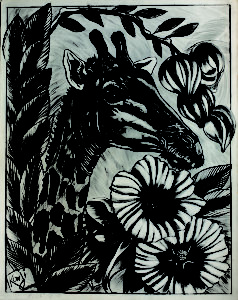 Karji Jimi Weah is a Columbus-based visual artist and reggae musician and native of Liberia. Karji means “the world doesn’t know what is good nor what is bad” and Weah means “King.” “A lover of silver is not satisfied with silver nor is the lover of wealth with income. As for me, I am satisfied with what little I have.” 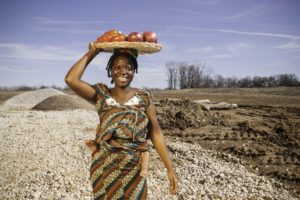 In Ghana, about 60% of the women go through a stage where they carry items in a pan or basket to sell either in the markets or neighborhoods. Boateng has personally bought items from them, mostly the easiest convenient way of getting food items. “My mom, at some point, had to go through the same process selling all different kind of stuff. And yes, you will see them walk miles with a baby at their back, which three of my siblings and myself have been carried at her back while walking miles to sell whatever she had in her pan/basket. This photo is depicts exactly what most Street Hawkers go through to feed themselves and their families.” 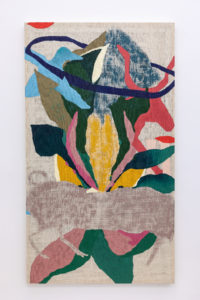 Kaveri Raina is an abstract artist, born in India, raised in Ohio, and educated in Maryland. 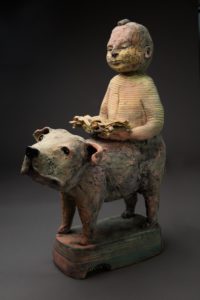 Clay provides the artist with a chance to make anything, capture any detail, and speak in any voice to convey an idea. Its flexibility and strength is god-like empowering (from dust, and unto dust) and do-overs are a matter of determination. “My work has evolved from stories, my own and stories and those I have borrowed from others. Over the years I have built a cast of characters who do my bidding. The job of creating a sculpture as story is, for me partly, my job, and partly the work of the finished piece.” 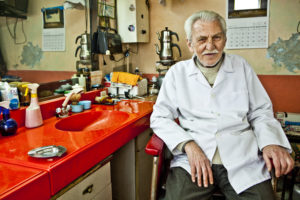 In the alleys of old Istanbul, the barbershops are the bastions of traditional male society, the place where men gather to discuss politics, share neighborhood gossip, play dominoes; a place to escape their daily routines. The barber is not only the barber, but the friend and confidant. 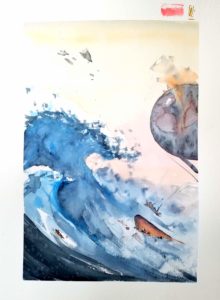 The Tohoku Great Wave is a painting inspired by the tsunami which struck the Fukushima nuclear power plant in Japan in 2011. Documentary films created after the disaster noted previous studies of tsunami risk and protection performed before the design and building of the nuclear power plant were ignored. The wave itself echoes the work of Japanese woodblock print artist Hokusai. 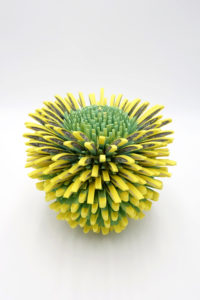 Zemer Peled’s work examines the beauty and brutality of the natural world. Her sculptural language is formed by her surrounding landscapes and nature, engaging with themes of memory, identity, and place. Her works are formed from thousands of porcelain shards constructed into large-scale/small-scale sculptures and installations. 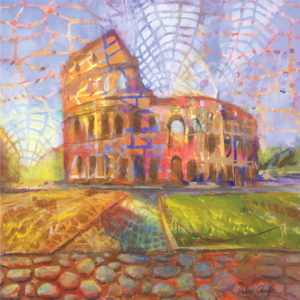 The Colosseum pictures a trademark monument of Italy, a country usually known for its culture, art, and food, and recently on the news for being badly struck by the 2020 pandemic, as most of the world. The artist, a native Italian, used colorful abstract patterns and marks to create an ageless and vibrant composition that powerfully celebrates the history and the memories associated with the famous 2000-year-old arena. 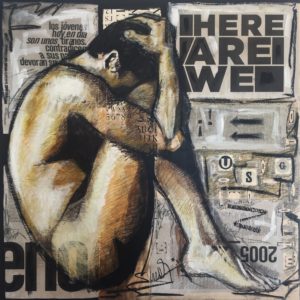 Argentinian artist Zanetta’s piece alludes to the generational rift that she feels exists today. “While we, the ‘adults,’ the ‘parents,’ think we are always right, that we made the right choices, in reality we are leaving the new generation a complicated world, a world which is threatened by multiple challenges that we did not properly address: climate change, social inequality, and mass migration.” The figure holding his head in his hands alludes to the mythological figure Atlas, who has the weight of the world on his shoulders. The title Here We Are alludes both to the dire situation in which we find ourselves and to the will of this new generation to “contradict” their parents and to take stock of the situation.